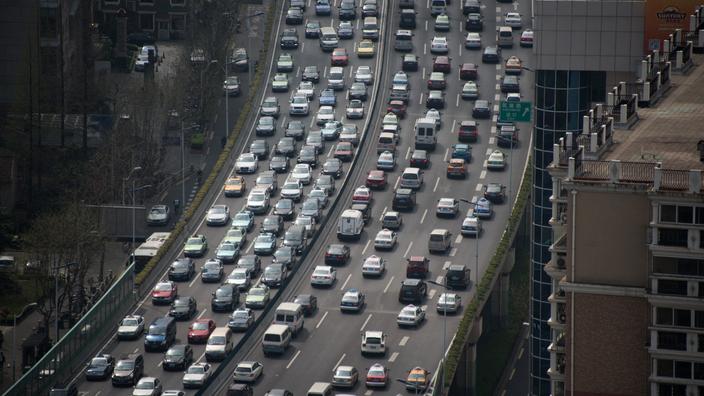 Located in the east of the country, the Taihu Tunnel, which connects several highways, stretches 10.79 kilometers under the lake of the same name.

It is a record for China which opened to traffic the longest underwater road tunnel in the country. Called Taihu Tunnel, it stretches 10.79 kilometers under the lake of the same name in Jiangsu province, located in eastern China, CNN reports.

It took Beijing four years to build this two-way tunnel with six lanes and 17.45 meters wide, according to the American media quoting the official Chinese press agency Xinhua. For its part, the province of Jiangsu, indicates that its cost amounts to 9.9 billion yuan (11.2 billion euros). Particularity of this tunnel, it has a ceiling equipped with colored LED lights intended to fight against fatigue and drowsiness of drivers.

The Taihu tunnel is part of the recent Changzhou-Wuxi highway, which opened on December 30. Linking the highways of Suzhou, Wuxi and Changzhou, it aims to offer an alternative to go to Shanghai and Nanjing, the capital of Jiangsu and relieve congestion on the roads serving the cities near Lake Taihu, adds CNN. China also hopes it will strengthen the economic development of the Yangtze River Delta region.

China is not the only country to achieve prowess in this area. Denmark intends to hold the record for the longest underwater road tunnel in the world. In December 2020, the country launched work on this 17.6 km long tunnel that will link Denmark to Germany. Its delivery is scheduled for 2029.

However, it will remain much shorter than the Channel Tunnel, inaugurated in 1994. Linking France and the United Kingdom, it covers 50.45 kilometers, of which nearly 38 are submerged. But it is a rail tunnel, not a road tunnel. If it is possible to take it by car, they are transported by a shuttle system on rails. It is nonetheless a technological feat that makes it the longest underwater tunnel in the world.