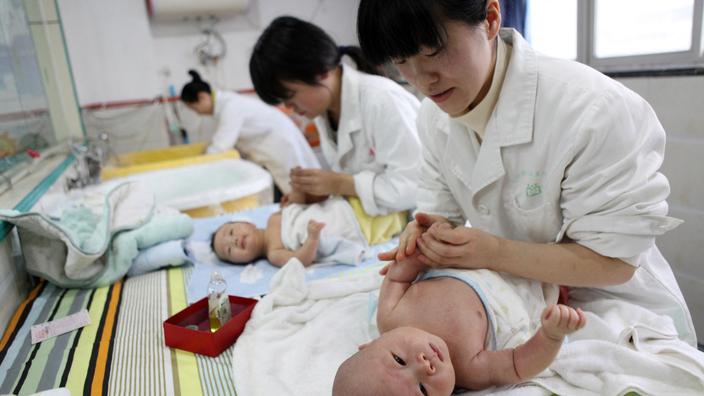 The release of the census figures had been delayed for several weeks, fueling the idea that the figures would be embarrassing for the Communist regime.

China’s population last year stood at 1.411 billion, the world’s most populous country said Tuesday, May 11, presenting the results of its decennial census. Compared to the previous census carried out in 2010, the population of China has increased by 72 million inhabitants, an increase of 5.38% in 10 years, the National Bureau of Statistics (SNB) told reporters.

The publication of the results of this census, expected in early April, was delayed for several weeks, fueling the idea that the figures would be embarrassing for the communist regime. At the end of April, the government denied press reports claiming that China was about to announce its first population decline since the great famine of the late 1950s, which killed tens of millions of people. Until now, China has predicted its population growth curve to peak in 2027, when India overtakes it to become the most populous country in the world. The Chinese population would then begin to decline to reach 1.32 billion inhabitants in 2050.

7 million volunteers for the census

The decennial census was completed last December with the help of 7 million volunteers who went door-to-door across the country. Its results are therefore considered to be more reliable than annual demographic surveys, which are based on estimates.

Since 2017, the birth rate has been falling steadily, despite the relaxation of the one-child policy the previous year, allowing the birth of a second child. The birth rate fell in 2019 to 10.48 per 1,000 population, its lowest level since the founding of Communist China in 1949. The Chinese generally remain subject to a limit of two children per family and votes s’ raise to remove this barrier in order to encourage the birth rate.

Read also :In China, demography is a combat sport

There are many reasons for the drop in the birth rate: drop in the number of marriages, the cost of housing and education, later fertility for women who give more priority to their careers … Demographers have warned the country against a Japanese or South Korean development, with a decline in the population and an excess of older people compared to young people and working people. In March, Parliament adopted a plan to gradually raise the retirement age over the next five years, to the chagrin of much of the public.