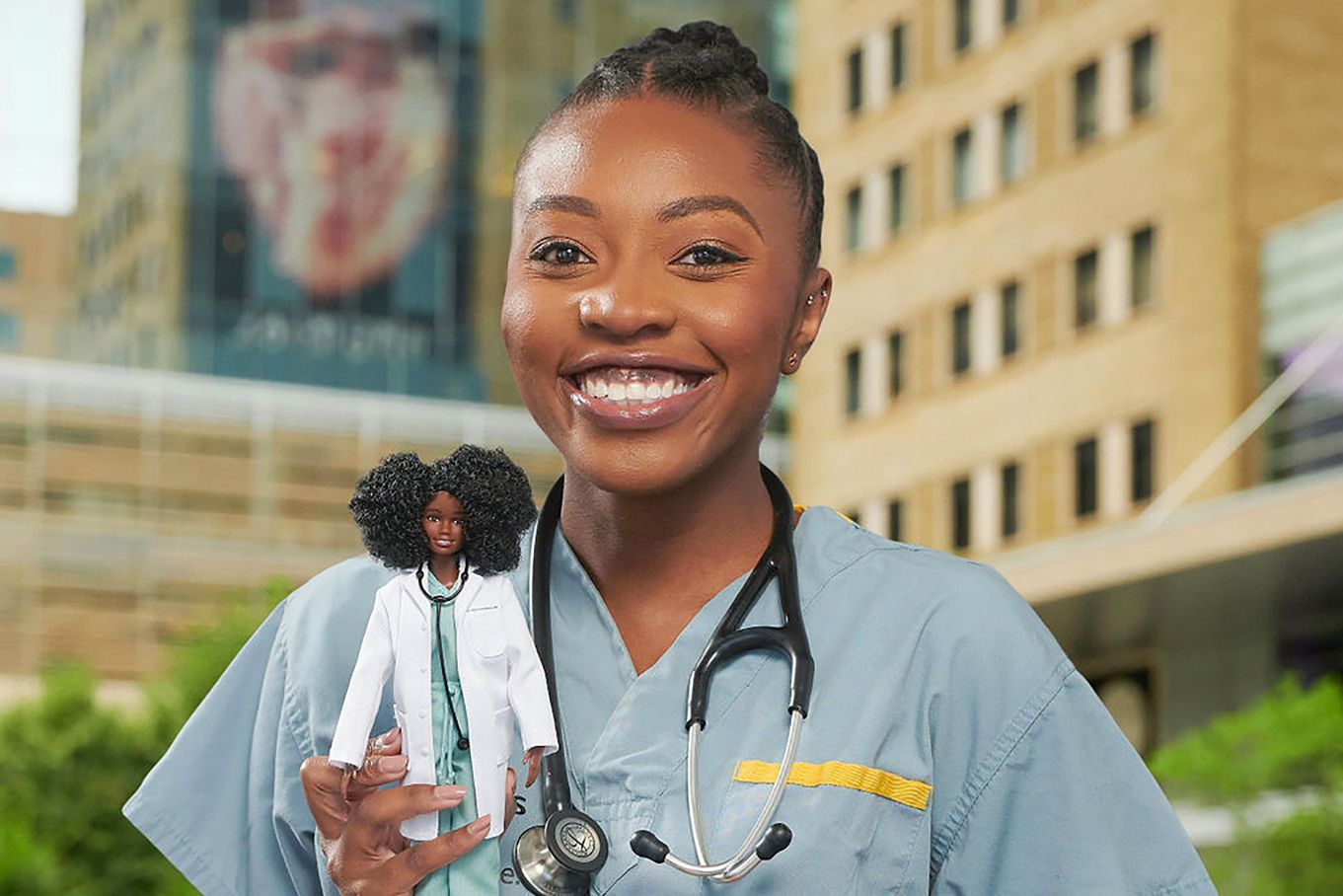 As far back as she can remember, Chika Oriuwa had never seen a black doctor in her childhood. Deprived of a model, the little girl of Nigerian origin dreamed of being a doctor by creating a world in her room, imagining her Barbies draped in white coats in the emergency hall. “But then again, none of them looked like me, remembers the 27-year-old Canadian, now a graduate of the prestigious Toronto medical school. So I invented them for myself. “

→ READ.Barbie doll does not know the crisis

Behind his computer screen (the interview was done remotely, Editor’s note), she stands erect, speaks quickly, lets out biting sentences. Her curly hair is pulled up in a bun, revealing her huge smile: she hasn’t left it for a month. At the beginning of August, this fervent defender of a reform of medical education for more diversity in the Canadian health care system was offered a Barbie in her effigy, an award that has brought her to life. “Immersed in a dream” from which she does not return – the doll is still packed in its blister pack.

Only black student among 259 students

That day, his agent receives a message from Mattel, the company behind the mythical blond dolls. The brand is looking for new effigies for a series “Role model” special Covid-19, honoring six women from around the world on the front line of the epidemic. Brilliant student, committed for several years against racism in the medical world, Chika Oriuwa is the ideal candidate. The creator of the AstraZeneca vaccine, Sarah Gilbert, and Amy O’Sullivan, the first American nurse to have treated a patient with the virus, have already been selected.

“When my agent told me about it, I couldn’t believe it. I ran to my husband and hugged him screaming “I’m going to be a Barbie!”. For me, it was really symbolic ”, reports Chika Oriuwa, her indestructible smile on her lips. For a month, she works in collaboration with Mattel, sends dozens of photos of her. The doll should match her image perfectly, from the color of her skin to the shape of her eyes, to the look of her shoes and the texture of her hair. She is delighted: “I really had my say in the creation. “

The message is far from trivial for this major, the only black student in a class of 259 students in 2016. At the time, she suffered from “Racist micro-attacks”, annoys not being able to rely on others “Students of (her) community “. She says : “A lot of black people go through similar situations. But there I was alone. “ In the hospital, patients go so far as to ask him to leave the room, refusing to recognize his status as a doctor. Others ask him to clear their meals. “It was urgent for me to ensure that more black students enter this environment so that this can change”, she assures.

“Systemic racism in the medical world”

On the day of her graduation, one evening in June 2020, Chika Oriuwa takes the floor to tell her story and denounce what she calls “Systemic racism in the medical world” : in addition to suffering from “Lack of economic and social capital” to access the prestigious profession, black people are “More often sick than others and less well taken care of”. His words resonate with the situation in hospitals – overwhelmed by the first wave of Covid-19, Canadian resuscitation beds are mostly occupied by minority communities across the country – his speech is striking, it resonates nationally.

Today, she is a member of the Healthy Debate, an online health journal, speaks regularly at access to care conferences, and has become an ambassador for the Black Student Application Program (BSAP), a program aimed at break down the barriers that prevent black students from applying for medicine. With her Barbie, she hopes to inspire little girls from an early age: “It’s important to have models who look like us. “

To the few comments that criticize her for playing the game of a brand that has long reduced women to a model of perfection, she replies: “I am participating in the change of orientation of the group. Gone are the days of Barbie prototypes of a feminine ideal dating from the Middle Ages! ” His will be reserved for his son, who will be born in a few months, “Because Barbies are also made for boys”. Or, at least, to his son when he is old enough “Don’t tear his head off anymore.” Because this Barbie, I care! “

Barbie tries to restore her image

Long accused of promoting a stereotypical image of the slim and peroxidized woman, Mattel launched its “Barbie Role Models” program in 2018. The goal: to reward
inspiring women in their field by making a doll in their image, women of different horizons, sizes, shapes and colors. Among them, well-known figures such as Mexican artist Frida Kahlo, French chef Hélène Darroze,
snowboarder Chloe Kim and mathematician Katherine Johnson. The Barbie Fashionistas 2020 collection offers increasingly diverse looks, from a curvy Barbie with multicolored hair to a doll with vitiligo, a skin disease.
These Barbies have sometimes been criticized, accused of being just a surfing marketing stunt
on the feminist wave.