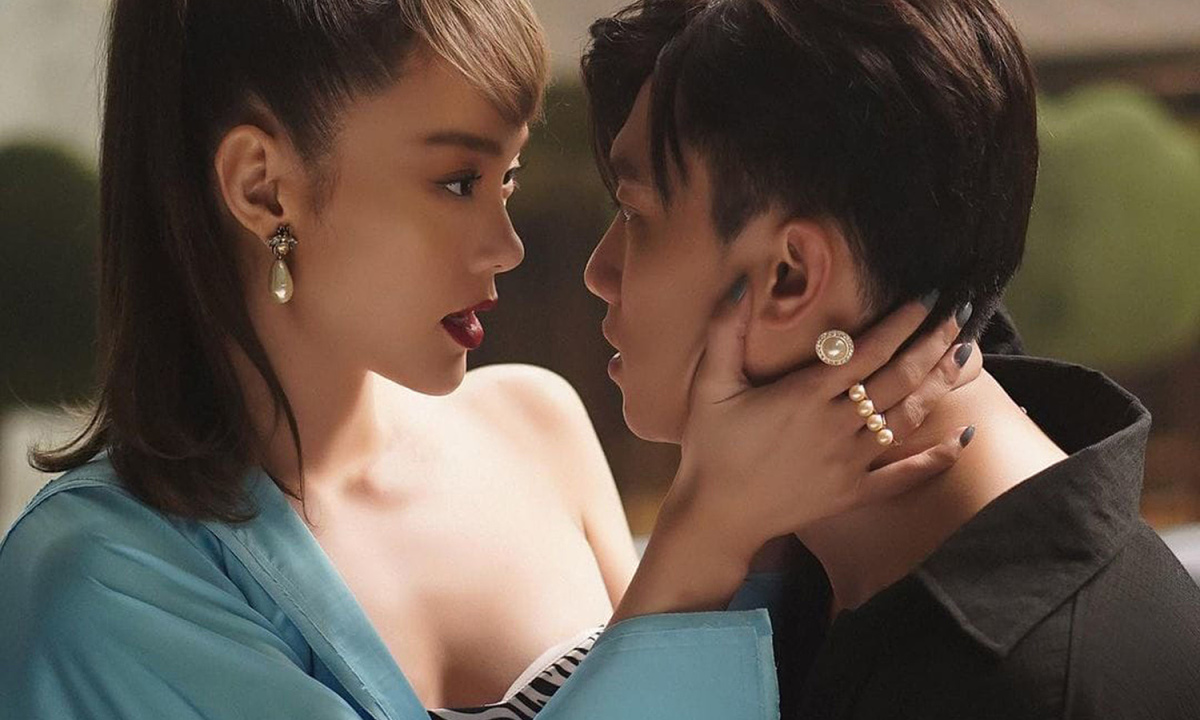 The filmmaker wondered if the scene of a mother breastfeeding her child would be considered nude, at a workshop to develop a circular on criteria for classifying films by age.

The story of censorship by age was raised at a workshop organized by the Ministry of Culture, Sports and Tourism, on the morning of August 5 in Ho Chi Minh City. Many famous names in the film industry said that the criteria table currently has many shortcomings and limitations because there are no specific regulations.

For example, for a film rated P (popular with all ages), the work is required to be “no nudity”. Ms. Duong Cam Thuy – Chairman of the Ho Chi Minh City Cinema Association – asked: “Showing the upper and front part of a woman is considered nude, but the mother breastfeeding scene – human capital, rich in artistic beauty – What? Should audiences under 13 years of age limit viewing such scenes?”.

Thuy’s opinion is the concern of many guests at the conference. Mr. Nguyen Hoang Hai – content director of CJ&CGV cinema complex – said he was surprised when the cartoon was popular Crayon shin (released in 2019) when it was released in Vietnam, it was labeled C13, which means that the audience is under 13 years old, because there is a scene where the character takes off his pants and exposes his butt. He suggested that the criteria drafting committee should have specific standards and words for nude scenes.

In addition to the nudity element, the story of censorship of the sex scene in the film was also enthusiastically commented by experts. Article 3 of the circular – regulations on content to evaluate movie classification – states: Films need to simulate “human sexual behavior which is artistically or honestly expressed”. Dr. Phan Bich Ha – former Rector of the University of Theater and Cinema in Ho Chi Minh City – said that this criterion is still abstract and general. Her students often wonder about how to evaluate an art scene because each audience and age has different standards. “Watching a ‘hot’ scene, young people love it because of its unique description, but old people criticize it,” she said.

Many people think that the film classification criteria should have quantitative words, instead of qualitative words, to avoid making it difficult for the producer. For example, with the film T13 (ie C13 in the old law, banning audiences under the age of 13), sexual scenes were not “described frequently and in detail”. Some filmmakers wonder how often the word “regular” should be understood here or how long it lasts. Similarly, the movie T18 (forbidden to audiences under the age of 18) must not contain scenes containing “offensive tattoos”, but do not specify what is offensive.

Filmmakers are happy that the revised Law on Cinema has many open and progressive regulations. Compared with the old law, the movie classification table by age has 5 categories, with the addition of category K – audiences under the age of 13 need to be accompanied by a parent or guardian when entering the theater.

Director Phan Gia Nhat Linh assessed this as a new step, emphasizing the responsibility of parents more in supervising children enjoying cultural products. However, many people also think that the form of “guardianship” should be more clearly understood here. Duong Cam Thuy wondered: “How will parents with children explain and warn their children, or do not have time to explain, the scene has caught the eye?”.

In addition to theatrical movies, many people suggest that TV series and OTT (online) platforms need to be labeled. Director Nhat Linh thinks that dramas need to be labeled in a corner of the screen – like HBO, Netflix … are doing, so that parents can easily intervene and monitor the content when children enjoy it. Director Me and Trinh It is also recommended to state specific reasons for labeling on films, such as films containing sex elements, violence, profanity… According to some filmmakers, trailers also need to be age-classified, ahead of trends. Many units want to integrate 18+ scenes to promote the film.

The management agency said it received comments to complete the criteria table. Mr. Vi Kien Thanh – Director of the Department of Cinema – said that compared with the 2006 and 2009 Law on Cinema, the new Law is suitable with the trend of film development, especially for films released in cyberspace. After listening to comments, the drafting committee will complete it and submit it to the Government in November for the circular to come into operation.

Mr. Le Thanh Liem, Director of the Legal Department (Ministry of Culture, Sports and Tourism) said that during the appraisal process, the drafting committee will work with the Cinema Department to develop the clearest possible criteria for the units self-label the film – especially with online movies – and take responsibility when the authorities post-check. Authorities will also develop strict sanctions against distributors and cinemas that do not ensure that moviegoers are of the right age.

The revised Law on Cinema was approved by the National Assembly on June 15. The revised Law on Cinema has eight chapters and 48 articles, effective from January 1, 2023. Compared with the 2006 law, the law has many new points, such as: Prohibition of films that incite violence, criminal acts, by detailed descriptions, images, sounds, dialogues, beating scenes, torture, brutal murder. Foreign organizations and individuals producing movies in Vietnam must use services provided by domestic cinema establishments. The film background must be licensed by the Ministry of Culture, Sports and Tourism. The application file for a license includes a summary script and a detailed script of filming content, in Vietnamese.