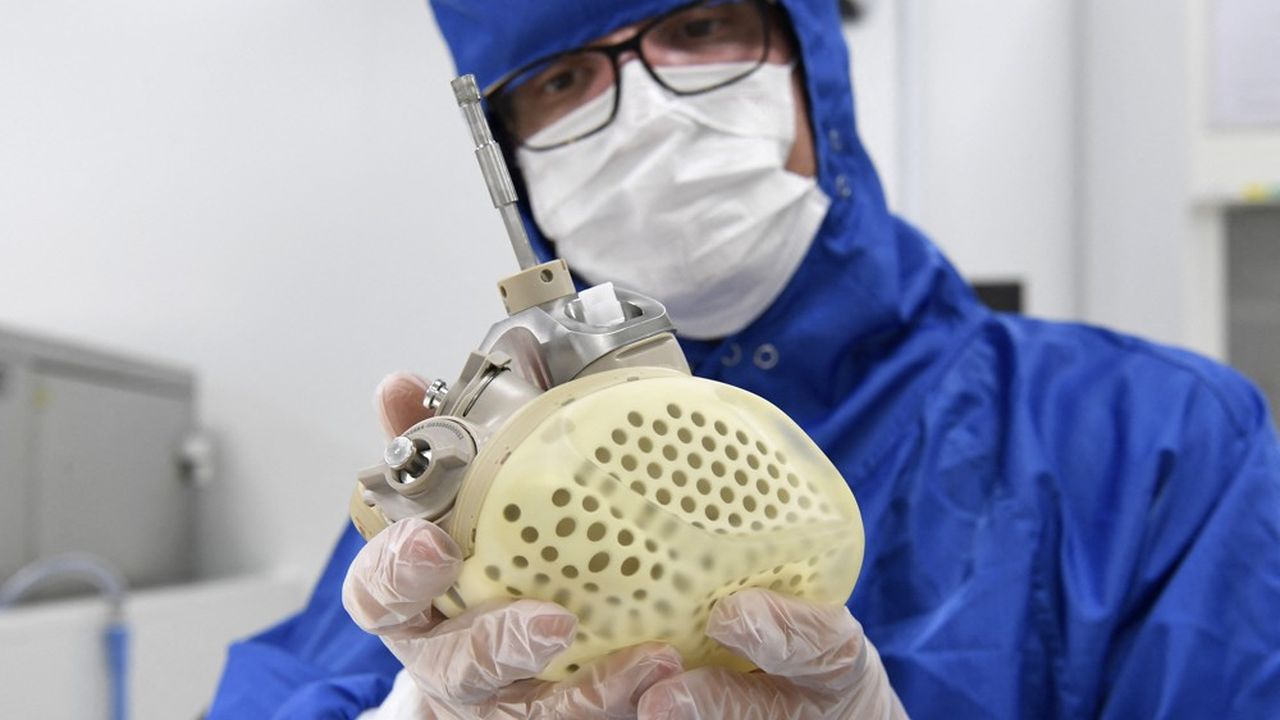 This is a new step taken for Carmat. This Thursday, the French medtech announced the first human implantation of its total artificial heart in the United States. A first in the country.

The implantation was performed at Duke University Hospital in Durham, North Carolina, one of the largest cardiac centers in the United States, as part of a clinical study. Three other centers have been formed and are currently selecting patients for the study.

A total of ten patients eligible for transplantation are expected to be enrolled in this trial, in accordance with the study protocol approved by the Food and Drug Administration (FDA). “A report on the progress of the first three patients after sixty days” will be produced “before the recruitment of the following seven patients”, details Carmat in a press release.

This “first American clinical study will be decisive for our development in the world’s largest medical device market,” said Stéphane Piat, CEO of Carmat, quoted in the press release. “The primary endpoint of the study is survival of the patient 180 days after implantation or a successful heart transplant within 180 days of implantation,” says the company.

The prosthesis, called “Aeson”, aims to offer a therapeutic alternative to heart transplantation, which nearly 100,000 patients need per year in Europe and the United States. It has already been implanted in several patients, notably in France.

Five out of 20 patients still need to be implanted to complete the “pivotal” study in Europe. The results of the clinical study, suspended several times between 2016 and 2018, showed that 70% of patients who received a Carmat prosthesis reached the survival goal of six months after implantation.

Carmat intends to start marketing its total artificial heart before the end of 2021. The company is particularly targeting France and Germany. At the end of last December, the prosthesis had obtained the European CE marking as a “bridge to transplantation”, paving the way for its marketing in countries recognizing this certification.