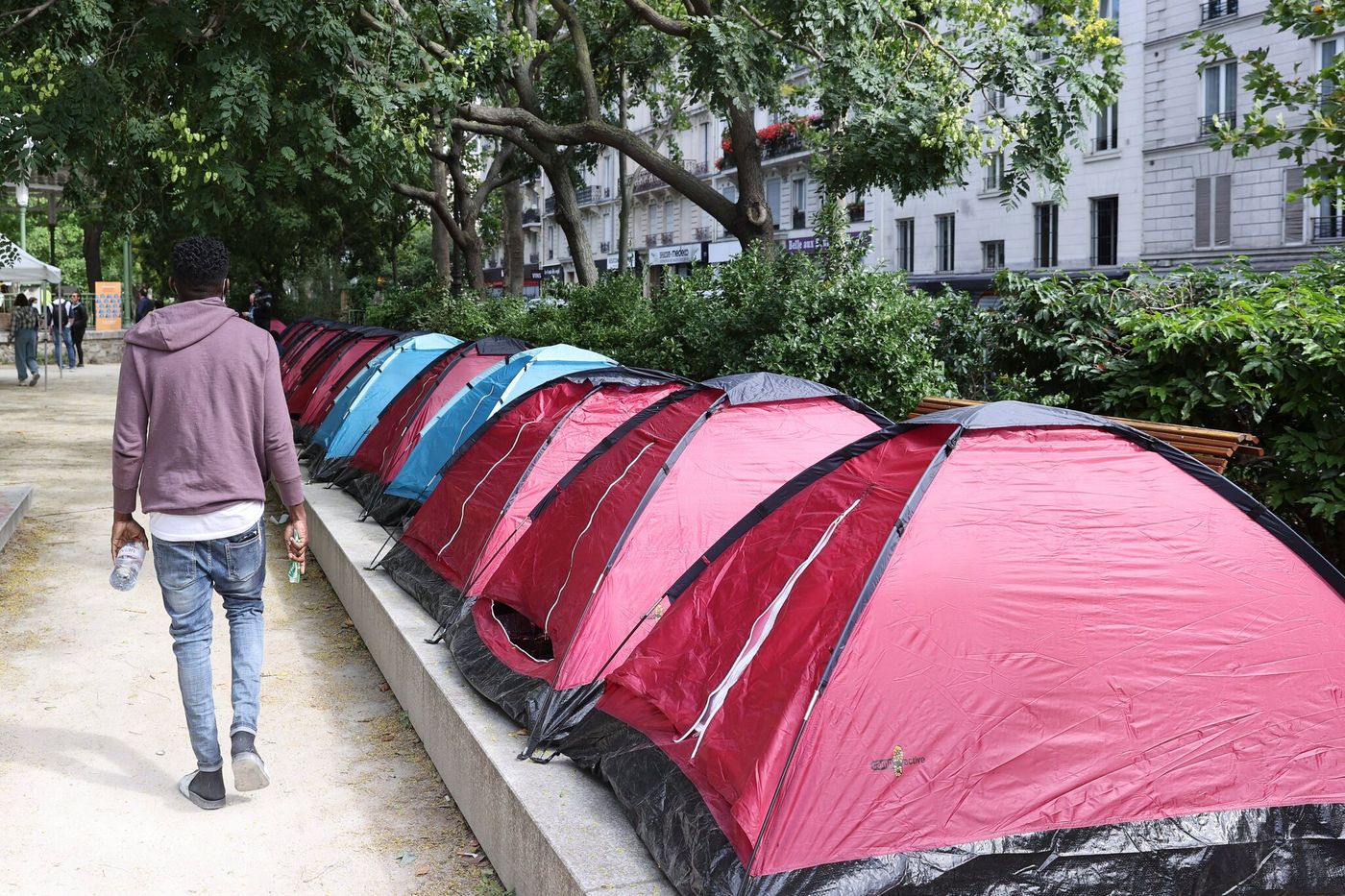 “Inshallah, I will recover. » His eyes alone are smiling, his grave face does not move. I have just told him that this image that we see on the scanner and which has made him cough and spit blood for weeks, is pulmonary tuberculosis that is treated very well with antibiotics. He is 16 years old, he crossed the Mediterranean, was found semi-drowned on a beach in Sicily, spent several weeks in hospital in Italy, without friends or family.

It is only pressed by my questions that he releases snippets of the nightmare experienced between Guinea and Libya. He can neither read nor write, speaks broken French, constantly turns his phone between his hands, the only object that connects him to his country. The association that found him accommodation brought him to our polyclinic, because for several days he had been showing symptoms of post-traumatic stress made up of relivings, uncontrolled terrors when a door slams, insomnia and episodes brutal depression with suicidal thoughts.

I sat very close to the bed, my eyes in hers, one hand on the sheet, in order to establish this confidence which we need so much to build the therapeutic alliance essential to the observance of the treatment and to the cure. He is an isolated minor, but neat among the adults, an emaciated chubby face, his tall body curled up like a dog.

It had been a long time since we had received a young migrant in hospital, whereas they were legion five or ten years ago, when the migratory routes between Europe and Africa, Asia and the Middle East were overwhelmed with candidates drowned in economic misery and war. A journalist from World recently reported that, contemporary with the economic crisis linked to the war in Ukraine, the migratory routes had reopened, after having dried up with the Covid-19 pandemic.

Rendered too dangerous by unscrupulous smugglers, the crossing of the Mediterranean was replaced by a crossing of the mountains towards Hungary, where one risks being impaled on the barbed wire of the wall which separates this country from its neighbors.. “There were women and babies, it was the middle of the night, people were screaming everywhere and I fell in the water, I can’t swim very well”. He blurted out these few words, interrupted by fits of coughing that crushed his ribs.

His path will be long. He will have to heal first, after long weeks in the hospital until he is no longer contagious. Then learn to read, write, speak our language. When will he see his family again? What has he experienced so tragically in the country to prefer solitude and the extreme dangers of migration? These questions torment me but do not cross the threshold of my lips. Because the clinical examination is a privileged moment where we listen to the body and with the help of short sentences, we circumscribe the symptoms to pose the outline of our diagnosis.

For now, our hospital is the place where he will begin his “experiential recovery”, updating his story to take power over his life. At the same time as the body, we try to heal the spirit, and to give meaning to what has been experienced, where the vagaries of migration have deconstructed the possibility of a future.