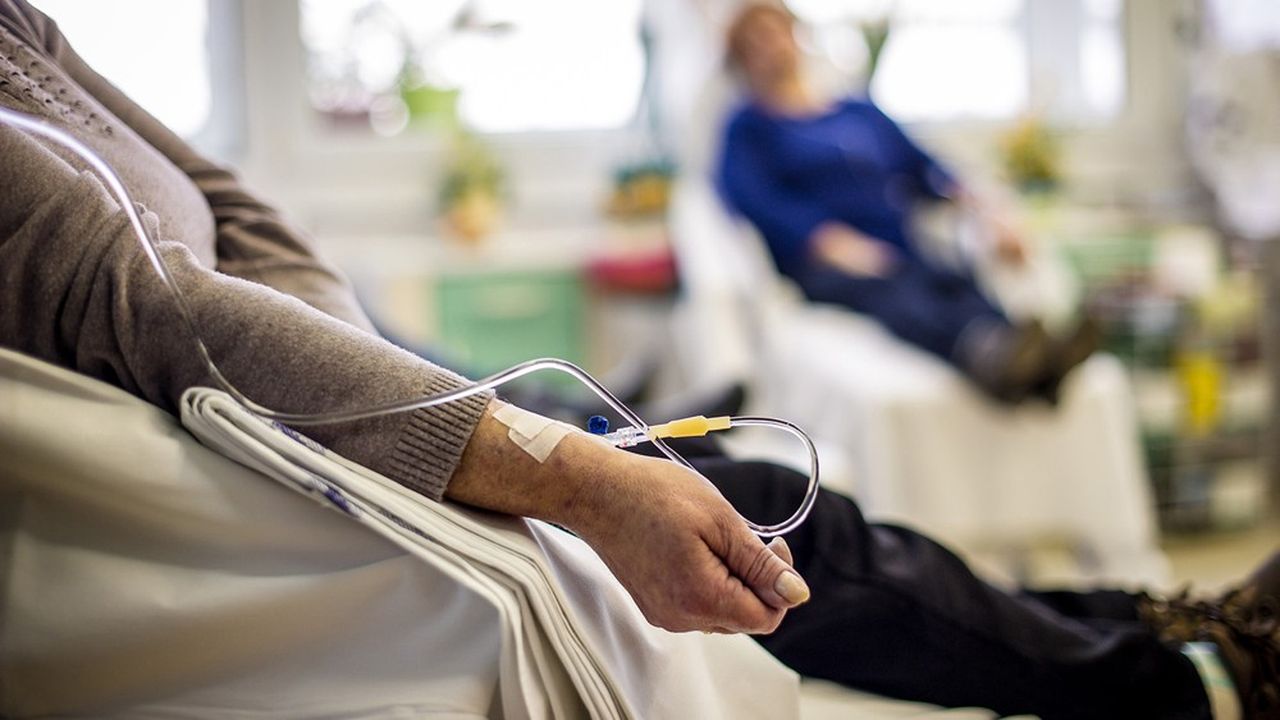 “Distancing” does not prevent progress. If the congress of the European Society of Medical Oncology (ESMO) was once again held in virtual mode, very real results were presented there, bringing real progress for different categories of patients suffering from cancers as frequent as those of lung, breast or prostate, for example.

Progress which also has an impact on the positioning of laboratories in the very competitive market that is cancerology today. Roche, for example, will have to concede space to AstraZeneca and Merck-MSD in the treatment of breast cancer over which it has long reigned supreme.

Breast cancer on the front line

The Swiss laboratory, with Herceptin and its derivatives Kadcyla and Perjeta ($ 9.3 billion in sales in 2020) used against breast cancers expressing the HER-2 receptor (from 15 to 20% of breast cancers), with Avastin ($ 5.3 billion) and more recently Tecentriq against so-called “triple negative” breast cancers (15%), had firmly taken the lead. But if the biosimilars of Herceptin and Avastin had already led to a drop in sales for Roche, now are emerging new drugs with superior performance.

This is the case with Enhertu from the AstraZeneca-Daichi Sankyo tandem: as a second line of treatment, this product is effective in 8 out of 10 patients, against only one in three for Kadcyla. The disease is even stabilized for more than two years by Enhertu, against 7.2 months with Kadcyla.

According to some specialists, we could even consider a cure for some patients. Despite everything a shadow on the table of these impressive results: the pulmonary side effects of Enhertu concern more than 10% of patients.

No doubt they are not very serious, but analysts estimate that it would be necessary to reach less than 5% of patients for the product to really establish itself as a second-line treatment to the detriment of Kadcyla – less effective but also less toxic. Analysts estimate, however, that within five years, Enhertu will be prescribed to 40% of affected patients with a potential annual sales of $ 500 million.

Roche must also concede competitive space in another category of patients: carriers of triple negative breast cancer detected at an early stage. After getting the green light from the US authorities in April to use its immunotherapy product, Tecentriq, as a first-line treatment, the Swiss laboratory has finally backed down. It is Merck-MSD which will come to occupy this place with its Keytruda. The results presented at the congress show that Keytruda saves seven months of life and that it reduces by 37% the risk of relapse or aggravation.

But breast cancer is not the only one where Keytruda scores points. This drug (already $ 14.4 billion in sales in 2020) is the subject, by Merck-MSD, of the largest clinical development program in the history of oncology (more than 1,000 trials carried out or planned). It also gets positive results in poorly immunogenic tumors when combined with chemotherapy.

This is the case with cervical cancer. According to results presented at the congress, adding Keytruda to chemotherapy alone improves treatment. The combination is effective in two thirds of patients. The response to treatment is more durable: eighteen months against ten. And half of the patients gain at least eight months of life.

Sometimes a new medicine is not needed to improve treatment. We just need to make better use of the existing arsenal. Thus, a large European study (more than 1,000 patients over seven years) led by the Gustave Roussy Institute shows that against metastatic prostate cancer, the immediate addition of Janssen’s Zytiga (J & J) to the standard treatment stabilizes the disease 4.5 years against two years with standard treatment alone. With the result an immediate change in medical practice but, this time, no “jackpot” for the laboratory because the product will soon lose its patent.