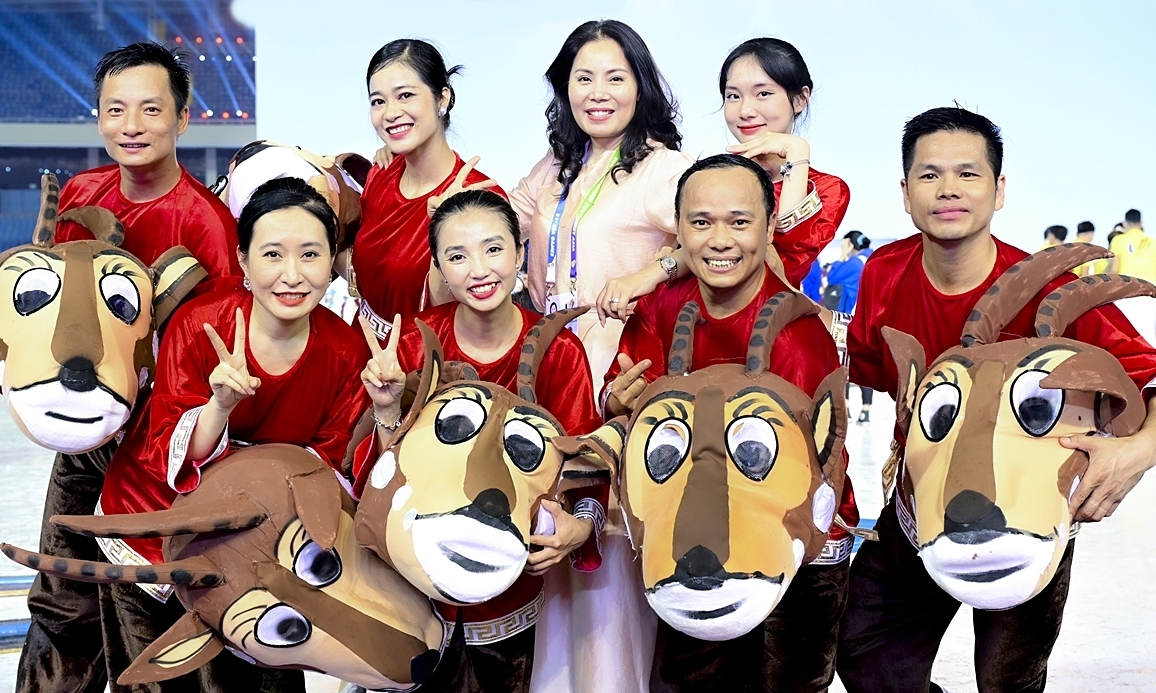 Cambodian artists will perform the rose dance and the song “Cambodia Welcoming and Blessing” on the closing stage of the 31st SEA Games on the evening of May 23.

Artist Thanh Hien – production director of the opening and closing ceremonies – said Cambodia is the host country for next year’s event. Therefore, after the flag-raising ceremony, the artists of this country brought a series of performances: Phnom Penh rose dance composed by former king Norodom Sihanouk, contemporary dance of the White Dove mascot, singing songs. Cambodia Welcoming and Blessing (Cambodia welcome and bless), blow the horn and Bangkauk Snaeng…

Thanh Hien said: “The appearance of Cambodian artists shows the message of integration, connecting international friends, and looking forward to the next SEA Games.”

Director Hoang Cong Cuong said that with the theme “Convergence to shine”, the closing ceremony brought together many famous names such as Uyen Linh, Van Mai Huong, Dong Hung, Khanh Linh, Bao Tram, Duong Hoang Yen.. The crew selected songs depicting the beautiful Vietnam, side by side with the five continents. The image of Thang Long thousand years of civilization – the venue – is expressed through the music Enthusiastic Hanoi, October Hanoi, Hanoi of faith and hope… Impressive moments about athletes, referees, volunteers and the preparation process for SEA Games 31… are integrated in many performances.

Bac Ninh Quan Ho folk song with songs Invite water to invite betel nut, Say goodbye to friends, Don’t come back, through the performance of 100 artists will say goodbye. “Vietnam is proud of its cultural heritage, so we have to introduce it to domestic and foreign audiences. An open and friendly greeting with beautiful images closes the congress.” , said the director.

The event took place at the indoor Palace of Athletics in Hanoi with a total stage area of ​​800 m2, led screen area of ​​580 m2. In addition, 200 tons of equipment were brought to the yard to serve the program. “The crew of more than 400 people tried their best to bring quality performances, combining the best sound and light effects,” said Hoang Cong Cuong. Due to waiting for the competition to end, the crew only had two days to assemble the stage, sound and light to prepare for the rehearsal.

Before that, the opening ceremony introduced Vietnamese culture and people with grand scenes bearing the soul of the nation, showing affection, friendliness and hospitality.

SEA Games 31 takes place in Vietnam from May 12 to 23 with 40 sports. The second time Vietnam hosted the Games, after 2003. Hanoi is the main venue, along with 11 neighboring localities including: Bac Ninh, Hai Phong, Hai Duong, Quang Ninh, Ha Nam, Nam Dinh, Ninh Binh, Hoa Binh, Vinh Phuc, Bac Giang, Phu Tho. On this occasion, there are about 10,000 athletes, coaches and 10,000-15,000 international visitors to Vietnam.