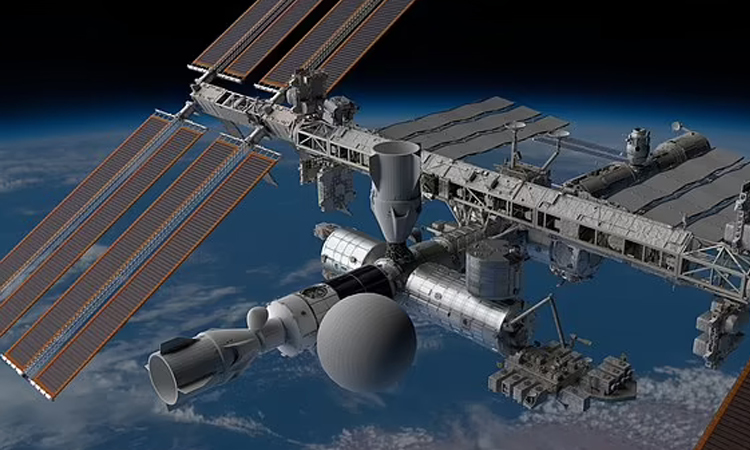 January 20, Guardian reported that the entertainment complex project named SEE-1, built at an altitude of about 402 km above Earth, is expected to be completed in December 2024. In addition to the studio, this area has enough infrastructure for television activities, sports halls and theatres. SEE-1 is a module that will be connected to the Axiom Station of the ISS. In 2028, Axiom Station will be separated into a separate space station.

Dmitry and Elena Lesnevsky – co-founders of Space Entertainment Enterprise – said: “SEE-1 is an opportunity for humanity to step out into another world and start an exciting new chapter in the universe. It provides a place A unique and accessible spot for the entertainment industry, equipped with cutting-edge infrastructure, helping to open up a new world of creative work.”

The company did not disclose the size and capacity of the complex. Space Entertainment Enterprise will allow other units to sub-lease the venue for film production and events. However, they focus more on the goal of self-producing content.

Space Entertainment Enterprise, based in London (UK), once attracted attention when launching a film project on the ISS space station starring Tom Cruise. The American actor was scheduled to film in October 2021 but had to postpone due to capital problems. Filmmaker Doug Liman, known for projects The Bourne Identity, Swingers, Fair Game nice American Made… take the role of director.

In October 2021, a Russian crew of three also went to the ISS to film Challenge. Actress Yulia Peresild plays a surgeon sent to the ISS to operate on an astronaut (Oleg Novitskiy). The project is co-produced by the Russian space agency Roscosmos, the Channel One television station and the Yellow, Black and White studios. The director is Klim Shipenko, who used to do Son of a Rich – highest-grossing film of all time in Russia. The crew returned to Earth on October 17, 2021 after 12 days of filming.