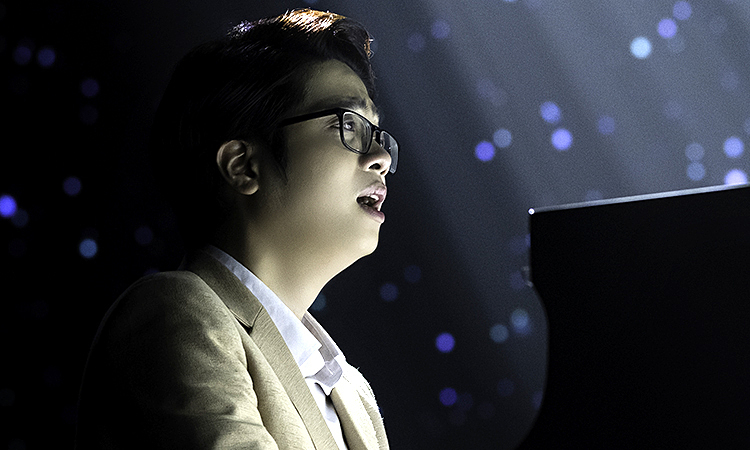 Singer Bui Anh Tuan plays and sings about the heart of a child celebrating New Year’s Eve away from family in the song “Mom, Tet is far away from thousands of miles”.

The song belongs to the pop ballad genre, a new composition by Tang Nhat Tue. Bui Anh Tuan expressed the mood of an expatriate, listening to the fireworks but his tears blurred when he remembered his parents. In the chorus, the singer flaunts his tenor voice on the piano melody, singing the heart of a mother who is always looking for her child despite being far away: “Mom follows me a hundred miles away/ I just want you to come home for the New Year/ Even though your feet are dirty mud, windy hands, dust, road …”.

Bui Anh Tuan said when recording, the singer cried because he missed his family. Composer Tang Nhat Tue said that he composed the song after a year of many events to remind young people to appreciate the love of their loved ones more.

The MV is choreographed in a theatrical style, with Bui Anh Tuan playing the piano, singing with the piano, and a group of back-up dances. The performance, directed by director Tran Thanh Trung, was inspired by the outbreak of the pandemic, recreating the scene of frontline doctors and nurses fighting for patients’ lives. Luong Giai Tien takes on the main role – the son whose mother died in the epidemic. In real life, the male artist also experienced a similar situation when his mother died of Covid-19. The show is in Vietnamese Music Gala 16 – Annual art program to welcome spring, streamed on Youtube on January 14.

Bui Anh Tuan, born in 1991, is one of Vpop’s highly regarded male vocalists. At the beginning of his career, the singer won the fourth prize in the weekly singing contest of the People’s Voice of Ho Chi Minh City VOH, the encouragement prize for school singing in 2010. At the age of 20, he won the first prize of the singing star. TV.

In the round of Hidden Face “Vietnamese Voice 2012”, the singer became a phenomenon with the hit Where love begins, is loved by young audiences. After the contest, Bui Anh Tuan mainly pursued pop ballads, attracting attention with songs Letting go, Street without season, Invisible nostalgia, See you tomorrow…

Tung Duong and Bui Anh Tuan are the two guests of the online music show “In the Mirror” the first issue of VnExpress, broadcast on the eLive platform on January 19, 2022. The pair of artists with different musical tastes and directions will swap songs and perform each other’s hits in a completely new style.

Also in the program, Tung Duong and Bui Anh Tuan will have direct conversations, exchange and talk about style, artistic personality, career imprints and challenges. In the gameshow, they will participate in a series of challenges, interactive minigames with an element of surprise to create a fun and exciting atmosphere. Readers can learn about the program here.