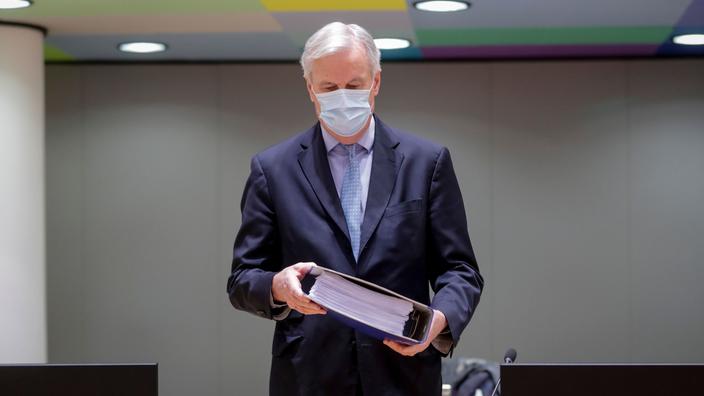 During a meeting, the 27 ambassadors of the European Union agreed to the provisional implementation of the post-Brexit agreement on January 1, pending approval by the European Parliament.

Representatives of EU member states gave the green light on Monday (December 28) for the provisional application, from January 1, of the post-Brexit agreement reached last week between Brussels and London, pending the approval of MEPs expected in early 2021.

Read also :Brexit: details of the new relationship between the UK and Europe

“The ambassadors of the Twenty-Seven unanimously approved the provisional application on 1 January 2021 of the trade and cooperation agreement between the EU and the United KingdomAnd formal adoption by governments is expected by 3 p.m. Tuesday, tweeted a spokesperson for the German EU Presidency. The British parliament’s vote on the deal will take place on Wednesday.

“Germany can accept the negotiated deal“Ulrike Demmer, a spokesperson for Chancellor Angela Merkel, confirmed at a press conference, noting”positive evaluationOf the agreement by Berlin. After formal approval of the Twenty-Seven, the text will be published in the Official Journal of the EU by Thursday to allow its entry into force on January 1, 2021.

Its application will only be temporary at that date, pending ratification by the European Parliament: the institution, whose green light is essential, could thus organize an extraordinary plenary session at the end of February to vote on the text. The deal provides for provisional application until February 28, unless another deadline is agreed upon by both parties.

MEPs wondered on Monday if it was possible to extend this provisional implementation beyond the end of February in order to have more time to analyze the document, which is some 1,200 pages long, according to a parliamentary source, after a meeting the chairmen of political groups in Parliament.

For their part, the British deputies were summoned for this Wednesday, December 30 to debate the post-Brexit agreement – which promises to be a formality given the majority available to the conservative government of Boris Johnson and the support of the Labor opposition.

London and Brussels arrived on Thursday, December 24, at the end of exhausting negotiations, to a post-Brexit free trade agreement, making it possible in extremis to avoid a “no dealPotentially devastating to their savings. The transition period, since the UK left the EU in January 2020, ends at the end of December with the British exit from the single market.

5 billion euros for the affected sectors

Member States will also discuss autonomous measures unilaterally decided on to penalize the non-respect of the agreement by the United Kingdom. “It is necessary to decide how these measures will be taken», Explained the diplomat.

Finally, the European Union will implement the accompanying measures planned to help EU businesses and sectors of activity, particularly fishing, weakened by the economic consequences of the UK’s departure. A budget of 5 billion euros has been provided for this purpose, with national envelopes. “Community funds will be available in March 2021, but pre-financing is planned to avoid losses and they will be retroactive to January 1, 2021», He indicated.

The deal was made on Thursday, December 24 at 2:44 p.m. With this economic and trade partnership, the EU offers former member the United Kingdom duty-free and quota-free access to its market of 450 million consumers, but provides for sanctions and compensatory measures in case failure to comply with its rules on State aid, the environment, labor law and taxation to avoid any dumping.