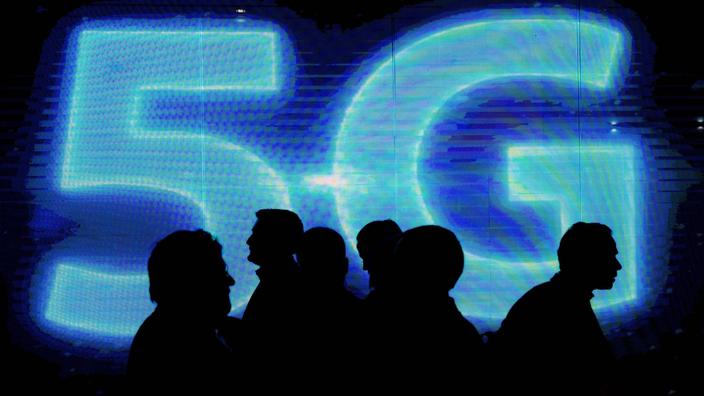 Two networks are concerned: the main network and a specific network which, for security reasons, will be for the exclusive use of the State. All for an expected investment of 7.7 billion euros.

Brazil, a huge country of 213 million inhabitants, is launching Thursday, November 4 one of the largest calls for tenders in the world for the deployment of 5G, for an expected investment of 7.7 billion euros. “This is the largest telecommunications tender in the country. It should attract 50 billion reais (7.7 billion euros)“ in investments, said Christian Perrone, of the Institute of Technology and Society (ITS) in Rio de Janeiro. “It is also one of the largest international calls for tenders for 5G. The potential is huge ”, adds the specialist.

Read alsoOne year after its launch in France, 5G is experiencing rapid deployment

Two networks are concerned: the main network and a specific network which, for security reasons, will be for the exclusive use of the State. For the latter, the Chinese private giant Huawei, at the center of a Sino-American rivalry, was excluded. Fifteen companies are expected to respond to the call launched by the National Telecommunications Agency (Anatel). Among them, the three major operators which already offer telephone and Internet services in the country: TIM, Brazilian subsidiary of Telecom Italia, Telefonica Brasil, subsidiary of the Spanish group Telefonica, with the Vivo brand, and Claro , from the Mexican group America Movil.

Of the 50 billion reais of investments, the government plans to recover 10 billion for the remuneration of frequencies. The rest will correspond to investments for the installation of the network, in particular transmitters. According to specialists, 5G requires four to ten times more antennas than 4G. Regional and national blocks of different frequencies will be involved. Operating licenses will run for twenty years. The companies that win the tenders must provide the service in the Federal District of Brasilia and the capitals of the 26 Brazilian states before July 31, 2022. For other cities with more than 30,000 inhabitants, the service must be available between 2025 and 2028.

Read alsoWhat is 5G? Nine answers to know everything

“The consumer is not going to see the difference beyond an improved speed for watching movies and videos. But from an industrial point of view, it is a new reality for factories, the productive sector, agribusiness ”, underlines Marcos Ferrari, executive chairman of Conexis Brasil Digital, an association which represents five candidate companies. Connected tractors, drones to monitor crops, autonomous cars, telemedicine: 5G will open up new fields of Internet use. “We are moving towards a highly connected and therefore highly productive society”, adds Marcos Ferrari.

But Brazil will also have to catch up in the least developed areas of the country. According to the latest official data from the statistics institute IBGE, dating from 2019, 40 million people still do not have access to the Internet in Brazil. The companies that win the tender will notably commit to bringing the network to localities that do not have it, to extending coverage on highways, in public schools and in the Amazon region.

Read also5G: Orange in the lead on the quality of connections

Originally scheduled for the first half of 2021, the tender was delayed due to the situation of the Huawei company, at the center of a trade and technology war between China and the United States. Washington, which blacklisted Huawei in 2019 to prevent it from acquiring American technology, accuses the company of spying and urges its Western allies not to use its services. “Within this private network, we are making demands, some companies will be able to participate and others will not”, explained in August the Brazilian Minister of Communication, Fabio Faria.

Brazil is one of the first countries in Latin America to launch such a call for tenders for the deployment of 5G. But the country has “Two to three” years behind the pioneer countries in the world, underlines Christian Perrone. A situation that will prevent him from moving from the status of a simple consumer to that of creator of new technologies. “When the 6G network progresses internationally, we will still be installing the 5G network in Brazil”, regrets the specialist.