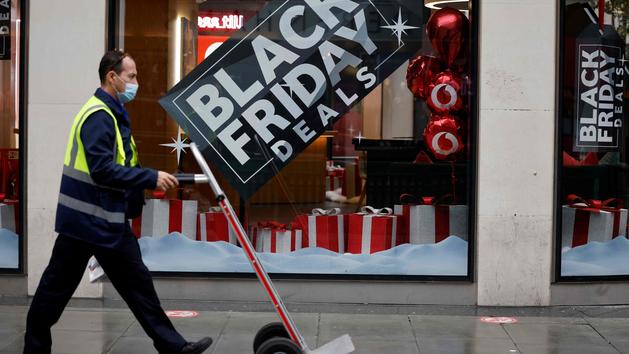 It’s confirmed: the Black Friday promotional operation, particularly popular with traders in recent years, and normally scheduled for Friday, November 27, will be postponed by one week, to December 4. The decision was taken at the end of a new meeting in Bercy, which included representatives of the Federation of Commerce and Distribution (FCD) and the Alliance du commerce.

“The representatives of mass distribution, commerce and online commerce have committed to postpone the promotional operations of Black Friday for one week.», Indicates the ministry in a press release signed with the federations concerned. However, this postponement will only take place on one condition: that the businesses can reopen by December 4.

The postponement of operations should make it possible to resume activity “under conditions of maximum health security», Specifies the press release. The objective is indeed to prevent crowds in stores, while the health situation remains fragile. The various actors in the file “salute the spirit of responsibility and solidarityDuring these exchanges. On Twitter, Bruno Le Maire thanked his interlocutors: “it is by being united and responsible that we will overcome this economic and health crisis“, He congratulated himself.

Towards an early reopening of shops?

The agreement was expected. During a meeting this Thursday, trade representatives had already welcomed “favorably»The hypothesis of a postponement of one week of promotional operations for Black Friday. A few hours later, the boss of Amazon France, Frédéric Duval, announced that his company would also respond favorably to the government’s request, explaining that he was taking action “in responsibility“.

This postponement was one of the three conditions set by the executive to allow an early reopening of businesses. In addition, there was an agreement on a reinforced health protocol in shops – concluded this morning, in Bercy – and continued improvement in the health situation. On the sidelines of a trip, Jean Castex considered, this Friday, that France was on the right track.

While Emmanuel Macron is due to speak Tuesday, at 8 p.m., professionals hope that this speech will give them a definitive answer on the date on which they can reopen their establishments. “Looks like it’s going well for the end of next week», Explained carefully to the Figaro a participant in this morning’s meeting in Bercy, adding that he was “reasonably optimistic“.

The stake is in particular political, advanced this representative of a federation: “the government is also a little afraid of the social movement which is rising in the territories. For now, the federations are holding their troops, but if the announcement of a reopening is not made next week, there will be a big disappointment, frustration and a revolt among small tradersHe warned.