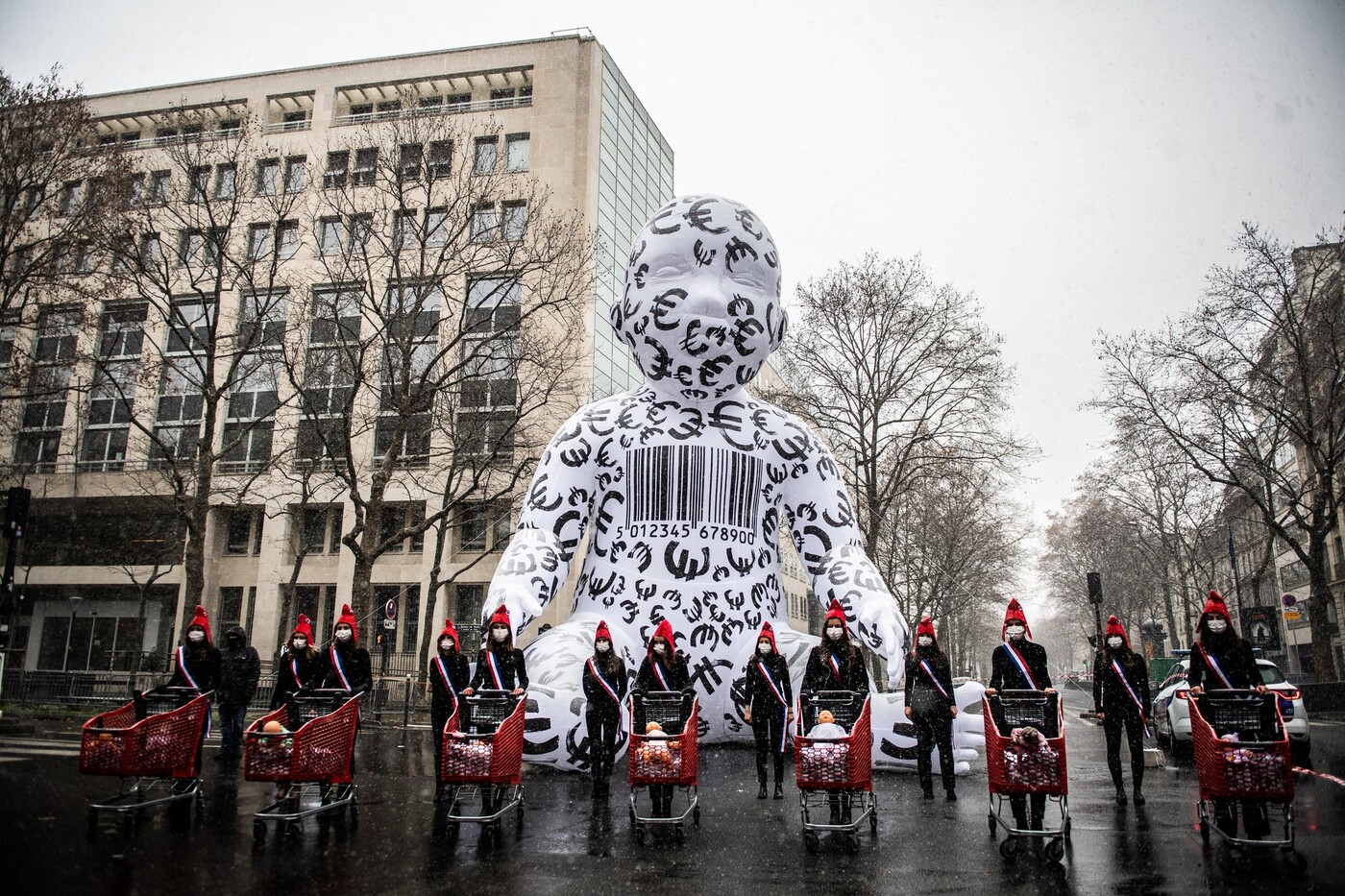 He has become a familiar figure in the protests. An inflatable baby, stamped with barcodes and the euro symbol. He is present, this June 7 in the evening, a few steps from the National Assembly where the collective of associations Marchons enfants gathers, opposed to the law of bioethics. Flags, smoke bombs, slogans: “PMA / GPA we don’t want it”, “Paternity is not an option and motherhood is not a benefit”. On a platform, a young man encourages the activists: “Members must hear you all the way to the debating hall! “

→ CONTEXT. Bioethics: in the Assembly, surrogacy is fueling debates

In the hemicycle of the Palais-Bourbon, discussions began several hours ago. And there is an air of déjà vu, the bioethics bill starting, parliamentary shuttle requires, its third reading in public session. “We are finally there”, greets Olivier Véran, the Minister of Health: couples of women will be able to “Register for PMA courses from the start of the school year”, he promises. Before unfolding its agenda: if Parliament must definitively adopt the text in July, “The texts of application of the law must be prepared now” to “That the first children can be conceived before the end of the year 2021”, specifies the Minister.

In the meantime, more than 1,500 amendments have to be considered. And, on this first day, no one passes the bar, whether they come from the right, from the left, or from the majority: too bad for the deputies, so much the better for the government, which wants to go quickly, without any changes being made. further changes to the text. The mention “There is no right to the child”, defended by LR deputies is rejected. The extension of medically assisted procreation to transgender men who have retained their reproductive system is also. Just like the post-mortem PMA, renamed by the co-rapporteur of the text, Jean-Louis Touraine: “PMA of surviving will”.

The vocabulary changes but the questions raised in the first and second readings remain: can we organize in law the birth of children without a father? “You are going to create orphans”, indignant Patrick Hetzel and some of his colleagues LR. Many father figures can surround the mother and allow the child to identify himself, contests Adrien Taquet, the Secretary of State in charge of children and families. The deputy Agnès Thill, not registered, points out a contradiction: while the social policy of the government recognizes the precariousness of single-parent families, this law will help to increase this family model. “But these families will be chosen and not endured”, retorts Jean-Louis Touraine, qualifying opponents of the project as “traditionalists”.

Outside, the giant baby is still there. “By authorizing assisted reproduction without medical reason, this law establishes a right to the child, even if the majority pretend not to see him”, hammers a protester. “There is no consensus, neither among doctors, nor among intellectuals, nor among the population”, advances another. “It allows genetic tinkering and opens the way to the creation of artificial gametes”, worries a third. “We are bioethics whistleblowers”, sums up the young man on the platform, before meeting with the activists the next day, Tuesday 8, at 19 hours.

→ ANALYSIS. Bioethics law: does the extension of the PMA enshrine a “right to the child”?

At the Palais-Bourbon, the first part of the debates ended at midnight. They must continue throughout the week, in a scheduled legislative time of 12:30. In addition to the flagship measure of opening up the PMA to “all women”, the government plan provides for a reform of parentage, ‘access to origins (with the lifting of the anonymity of gamete donors), a new regulation for the donation of bodies to science, and devotes a large section of measures to research on embryos and stem cells.