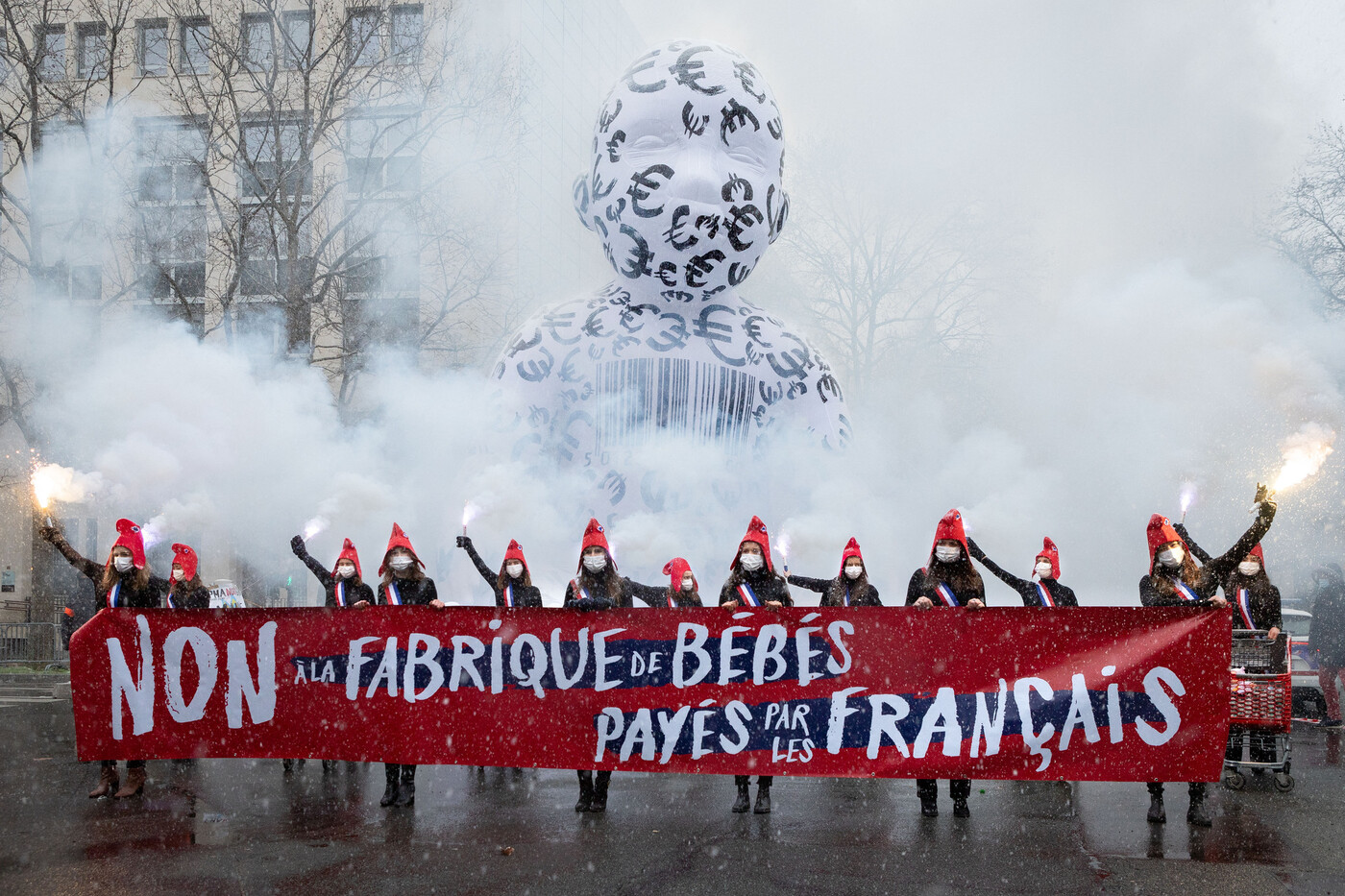 By mail, email and phone. In recent days, Patrick Hetzel, deputy Republicans, is “Rather requested”. He is one of the 70 parliamentarians who, from 1er June, 9 pm, will examine, in a special committee, the bill on bioethics, back for a third reading, in the National Assembly.

In the flow of his emails, he notably received a press release from the Manif pour tous, the testimony of an association supporting LGBT people (lesbians, gays, bisexuals and transgender people), and a message from the pro-life movement Alliance Vita.

Since the summer of 2019 and the filing by the government of its project to revise bioethics laws, the battle of influences has continued between associations, in the corridors of the Palais-Bourbon. Each has its own interests, but the same objective: to try to convince the deputies who will have to vote on the text, to do so in the sense that best serves their causes.

The most effective, get an appointment

In this game of “lobbying” (within associations, we prefer to use the term “advocacy”), several levers exist, from the lightest – sending a press release – to the most sophisticated – sending amendments – . First of them: the interpellation. “On their own initiative or at the invitation of their national headquarters, members will contact us”, illustrates Agnès Firmin Le Bodo, deputy Agir and president of the special bioethics commission.

This is the method chosen last summer by the Marchons enfants collective (1). “We encouraged our supporters to send a postcard to their respective deputies from their vacation spot”, remembers Pascale Morinière, president of the Catholic Family Associations (AFC).

Virginie Rio, from the Bamp collective, which supports people using medically assisted procreation (PMA), has bet on sending each elected official an open letter, alerting to the importance of launching an infertility plan. Each time, it is a question of occupying the ground, but also of putting forward one or more specific points of the law. It works ?

” To be listened to, the most effective is all the same to make an appointment ”, comments Virginie Rio. “In video, on the phone, in the flesh, it’s the most interesting, to establish a privileged link and understand a problem”, confirms the collaborator of a deputy of the majority.

To parliamentarians, the associations bring their knowledge of the field. “For more than three years, we have sent MPs a lot of studies on homoparentality: figures, testimonies, reports”, notes Alexandre Urwicz, president of the Association of homoparental families (ADFH). “We sent memos, an explanatory booklet on the abuses of assisted reproduction and surrogacy”, tells Olivia Sarton, scientific director of Jurists for Children. Expertise activists, interested, but essential for the deputies. “Parliamentarians do not have infused science, concedes the employee of an elected PS. Associations give us concrete, help us adjust theory and real life. “

→ MAINTENANCE. “Despite the Covid, the bioethics law remains a marker for Emmanuel Macron”

Collaboration, listening … Even if “We are not their spokesperson”, would like to underline Xavier Breton, LR deputy, who recognizes close contact with the Manif pour tous or Juristes pour enfants. Same speech from an LREM deputy, in close connection with LGBT associations.

Thus, if the associations provide parliamentarians with “turnkey” amendments, it is “Rare” that these be worn ” as is “ during the debates, assure the deputies. “We take it, we keep it, we rework it”, either because “The legal language is incorrect or because the amendment is out of order” analyzes an LREM employee. Or again, because you have to choose the battles to be waged and abandon one amendment in order to concentrate on another. Compromises that associations sometimes have difficulty hearing. And the back and forth can be numerous, before the final drafting.

For activists, lobbying requires pugnacity. Frédéric Letellier, president of the small association Dons de gametes solidaires, says: “The law does not set any limit for the shelf life of gametes in the case of an assisted reproduction with a donor, I had tried to convince deputies to set one. “ Without success.

→ TRIBUNE. Bioethics bill: “We invite the executive to reason and respect the French”

“For the third reading, I targeted the members likely to carry this amendment. I selected 20 and emailed them. I rephrased my request in a concrete way, specifying that some children are conceived with gametes given thirty years earlier. “ Touch ! On May 28, an amendment was tabled limiting the shelf life of a donor’s gametes to twenty years. “Great satisfaction”, confides the activist.

Running out of steam without getting discouraged

“ In some cases, association / deputies collaboration can go a long way, notes a parliamentary collaborator. “During the debates, some activists go so far as to send SMS messages containing numbers, arguments, language elements. ” Coaching, in short.

From there so that any associative lobbying hits the mark … “We have asked many LREM or Les Républicains deputies to talk about the fight against infertility. Only two answered us “remembers Virginie Rio (Collectif Bamp). Not always easy to stand out in the multitude of requests, and in the face of movements more exposed to the media or better endowed financially. “It was impossible for us to get across some of our demands”, notes Alexandre Urwicz, from the ADFH.

most ” complicated ” is “To hold on to the length”, tip Véronique Cerasoli, from SOS homophobia. Over the readings, the mobilization has “ breathless “, lobbying is “Less significant”, notes a regular at the Palais-Bourbon: “The associations challenged us a lot during the first and second readings at the Assembly. This time, it was us who came back to them to explain what it was still possible to tear off. “

Is it out of weariness, spite, fatalism? In spite of an assumed co-construction of the text, they are few, in the associations, to be fully satisfied. For some, the bill does not go far enough. For the others, too many red lines have been crossed.

However, opponents refuse to consider the case folded. “As long as a law is not voted, nothing is yet played”, hammers Ludovine de la Rochère president of the Manif for all. The movement is already calling for demonstrations on June 7 in front of the Palais Bourbon.

Tuesday 1er, Wednesday 2 and possibly, Thursday 3 June. Examination of the text by the deputies who are members of the special commission responsible for examining the draft law on bioethics. A total of 1,008 amendments were tabled.

From June 7 to 11. Examination of the text in public session, in the hemicycle, according to a programmed legislative time of twelve and a half hours.

June 24. Examination of the text in the Senate, followed, in the event of disagreement, byfourth reading in the Assembly, the parliamentary shuttle following its course.

The government can decide to give the last word to the Assembly, which he will no doubt do since he wants a final vote on the text before the end of July and the parliamentary truce.