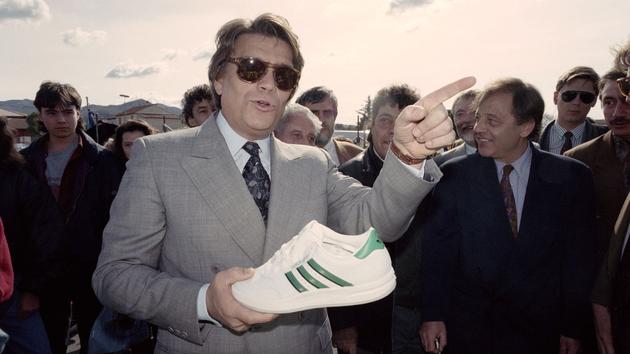 STORY – For twenty-five years this affair has given rhythm to the politico-judicial chronicle. A real soap opera, with Bernard Tapie as the main character and improbable twists and turns. The judgment is due on October 6.

Bernard Tapie will not have lived long enough to know the epilogue. For twenty-five years, the Adidas affair has punctuated the politico-judicial chronicle. A real soap opera, with new characters in each episode and improbable twists.

Bernard Tapie was the main character. And, as the man had no manners, but networks – on the right, on the left and in the center -, and friends – in politics, in business and in showbiz – this saga has become a symbol of “All rotten”. It is a story that has destabilized, discredited, sullied, all those, personalities and institutions, who appeared in the credits.

It all started in 1992. Bernard Tapie was at the height of his glory: François Mitterrand and Prime Minister Pierre Bérégovoy made him their Minister of the City. He wants to turn the business page and sell his assets, including Adidas, which he said he was “The business of his life” when he bought it, in 1990. SDBO, a subsidiary of Crédit lyonnais, is