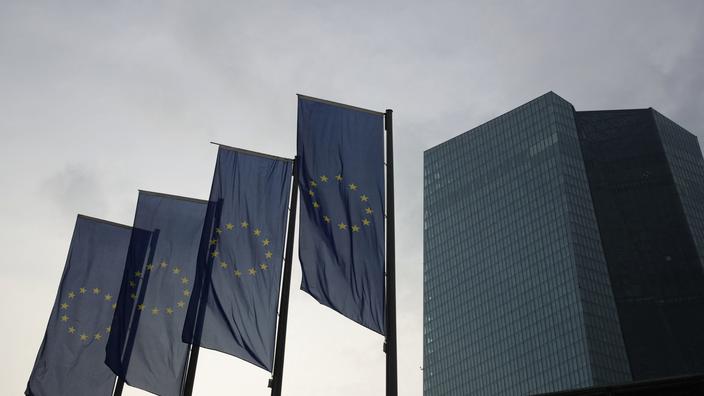 From October 2021, banks will regain their flexibility in paying dividends to shareholders after a recommendation in effect since December 2020.

The European Central Bank (ECB) announced on Friday the lifting, from October, of its recommendation to banks to limit the payment of dividends due to the pandemic, however, urging them to remain cautious in this area.

Read also :Christine Lagarde is concerned about the impact of the Delta variant on the economic recovery

The supervisor of the big banks of the euro zone, housed within the ECB, decided to “do not extend beyond September 2021This recommendation in effect since December 2020, according to a press release. When deciding on their dividends, however, they must not “not underestimate the credit riskWhich could by itself cut their own funds, adds the institute.

By lifting its recommendation, the ECB recognizes that the latest macroeconomic projections “confirm the rebound“Of the activity and indicate”a decrease in uncertainty“, All of which augurs well for an imminent strengthening of banks’ own funds.

This posture contrasts with that of the President of the ECB, Christine Lagarde, who was worried Thursday about “increasing uncertainty”Linked to the rise in the curves of Covid-19 infections, which confirmed the maintenance of an accommodating monetary policy. Since December, banks wishing to pay dividends were invited to cap their payment at 15% of cumulative profits for fiscal years 2019 and 2020, or 20 basis points of the hard capital ratio said “CET1», The lower amount to be withheld.

Previously, the ECB had imposed a period of complete dividend freeze at the end of March 2020, at the height of the first wave of the pandemic. From October, the ECB will resume dialogue with the 114 banks under its supervision, such as the giants Deutsche Bank, BNP Paribas and Unicredit, to discuss on a case-by-case basis “assessment of capital and dividend distribution plans“And this under terms”in force before the pandemic“, According to the press release.

The supervisor “also invites banks to adopt a cautious and forward-looking approach in setting their remuneration policies” Staff. National competent authorities, such as the Prudential Control and Resolution Authority (ACPR) in France, are also expected to “follow the same approach for the banks they supervise directly“.