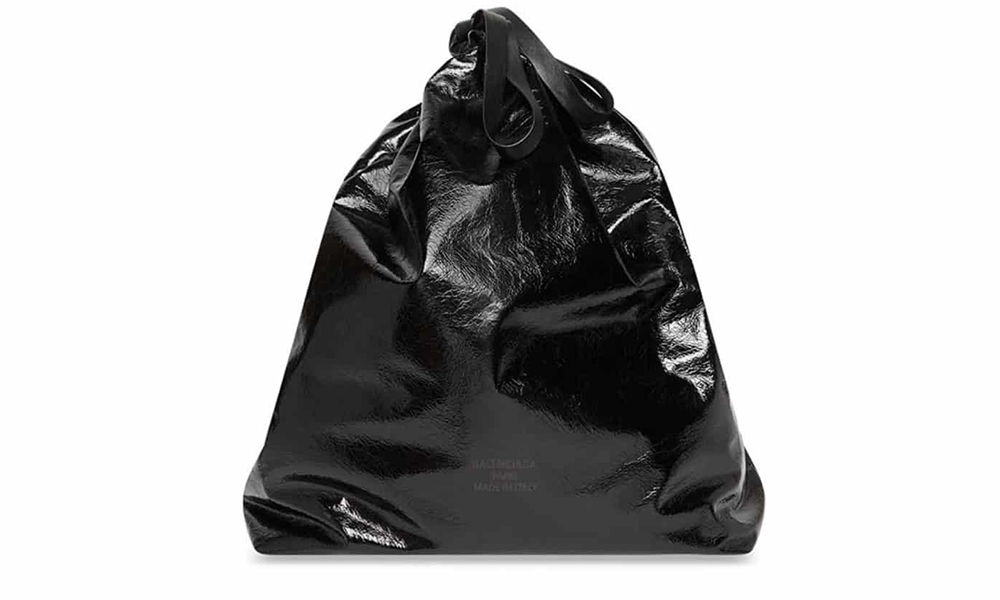 The design, called Trash Pouch, debuted at the Autumn-Winter 2022 show in March and went on sale on August 3. The accessory simulates a disposable garbage bag, made of high-quality calf leather, with a glossy finish. The bag has five versions including black, blue, red, white and yellow.

The bag model and expensive price made many people comment enthusiastically on Twitter. Besides those who complimented the creativity and unique ideas, many people left criticism: “It seems that Balenciaga’s designers go through homeless camps and put their circumstances into fashion. A garbage bag for nearly 1,800 USD. Is it acceptable?”, “The person who came up with this idea should be jailed for selling garbage bags at unbelievable prices”, “This brand always has unusual and unexpected creations. But too expensive for an ugly bag.”

Demna Gvasalia – creative director of the firm – explained to WWD: “I can’t miss the chance to make the most expensive trash bag in the world, because who doesn’t love a fashion scandal?”.

Born in Georgia in 1981, Gvasalia studied economics at Tbilisi State University and earned a master’s degree in Fashion Design from the Royal Academy of Fine Arts in Antwerp, Belgium in 2006. After graduating, he collaborated with designers. Designer Walter van Beirendonck, worked for fashion house Maison Martin Margiela from 2009 to 2013. In 2013, he designed womenswear for Louis Vuitton, under Marc Jacobs and then under Nicolas Ghesquière. Gvasalia launched the Vetements brand in 2014 in Paris. A year later, he became the creative director of Balenciaga, succeeding Alexander Wang.

Under Gvasalia, Balenciaga was noticed by many people with strange and strange items. The fashion house caused a stir when it launched a design that mixed Crocs sandals and high heels last year. In March, the audience mocked when the brand sold the same design as Tesco’s nylon shopping bag for $ 1,218 (VND 28.4 million). In May, many people argued when Balenciaga sold “dirty”, torn shoes, priced at 1,850 USD (more than 42 million VND).