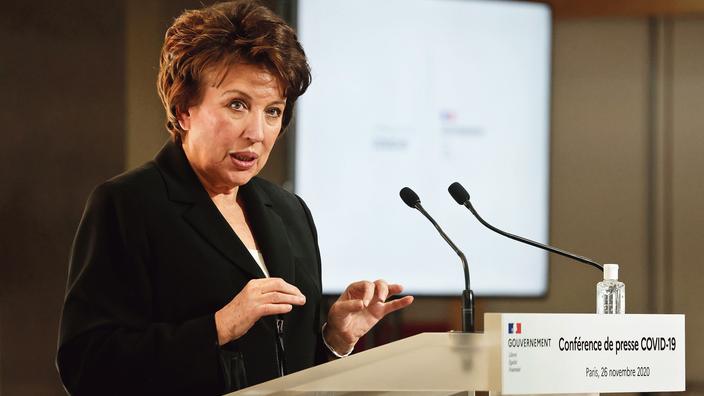 The decree to integrate platforms into the funding of creation is late. It is not expected to come into force until after March 2021.

It is not easy to come and defend at the microphone of France Inter that “ culture is at the heart of France’s policy », When theaters and cinemas remain stubbornly closed. Especially when the French are jostling in the department stores. This is the exercise in which Roselyne Bachelot, Minister of Culture, engaged on Thursday morning

To bring some balm to the hearts of artists and concert hall owners who still do not know when they will be able to reopen, the minister has pulled money, a lot of money out of her sleeve. Roselyne Bachelot explained that the administrative closure of places of culture cost the sector around 1 billion euros but that the government had done more than compensate because it had provided 1.1 billion euros in support, including 535 million in loans. guaranteed by the State and more than 400 million in direct and indirect aid for cinema and audiovisual.

Well aware that cultural professionals do not ask for money but the possibility of working, Roselyne Bachelot has drawn her ultimate weapon: France has succeeded in making Gafa pay! It always works to distract attention. When small traders scold, we point the finger at Amazon. When the cinema cries, we charge Netflix.

“ Netflix should pay between 150 and 200 million euros to support culture »She declared at the microphone of France Inter. It is true. But, Roselyne Bachelot is not there for much. First of all, it is the result of the transposition of the European directive which involves the writing of the SMAD decree (audiovisual media services on demand). This decree integrates video streaming platforms into the creation funding system.

However, this decree is behind schedule. It was to be signed before the end of 2020 to enter into force in January. Today Roselyne Bachelot declared that her ministry has just transmitted the draft decree to the CSA. It must then go before the Council of State and the European Commission. It is not expected to enter into force until the beginning of the second quarter of 2021.

Netflix, which passed the milestone of 9 million French subscribers in October 2020, should achieve a turnover of 1.2 billion euros in our country. But the base for the calculation of its obligations should rather be 1 billion. Its obligations should therefore amount to nearly 200 million euros (or 20% of a billion). But they will only run from the signing of the decree in April. The amount due for 2021 will be pro rata temporis. The same exercise remains to be done with Amazon (we must determine the base of the obligations since not all Amazon Prime customers consume Amazon Prime Video) and with Disney +.

Read also :In a confined world, Netflix is ​​doing well

Netflix and Amazon are rather series specialists and should therefore invest mainly in audiovisual production. The cinema will only collect around 40 million, from Netflix. This is less than the investments of France Télévisions (around 60 million), the TF1 group (around 45 million) and the M6 ​​group (around 35 million). However, the latter want to renegotiate their bonds downward in early 2021.