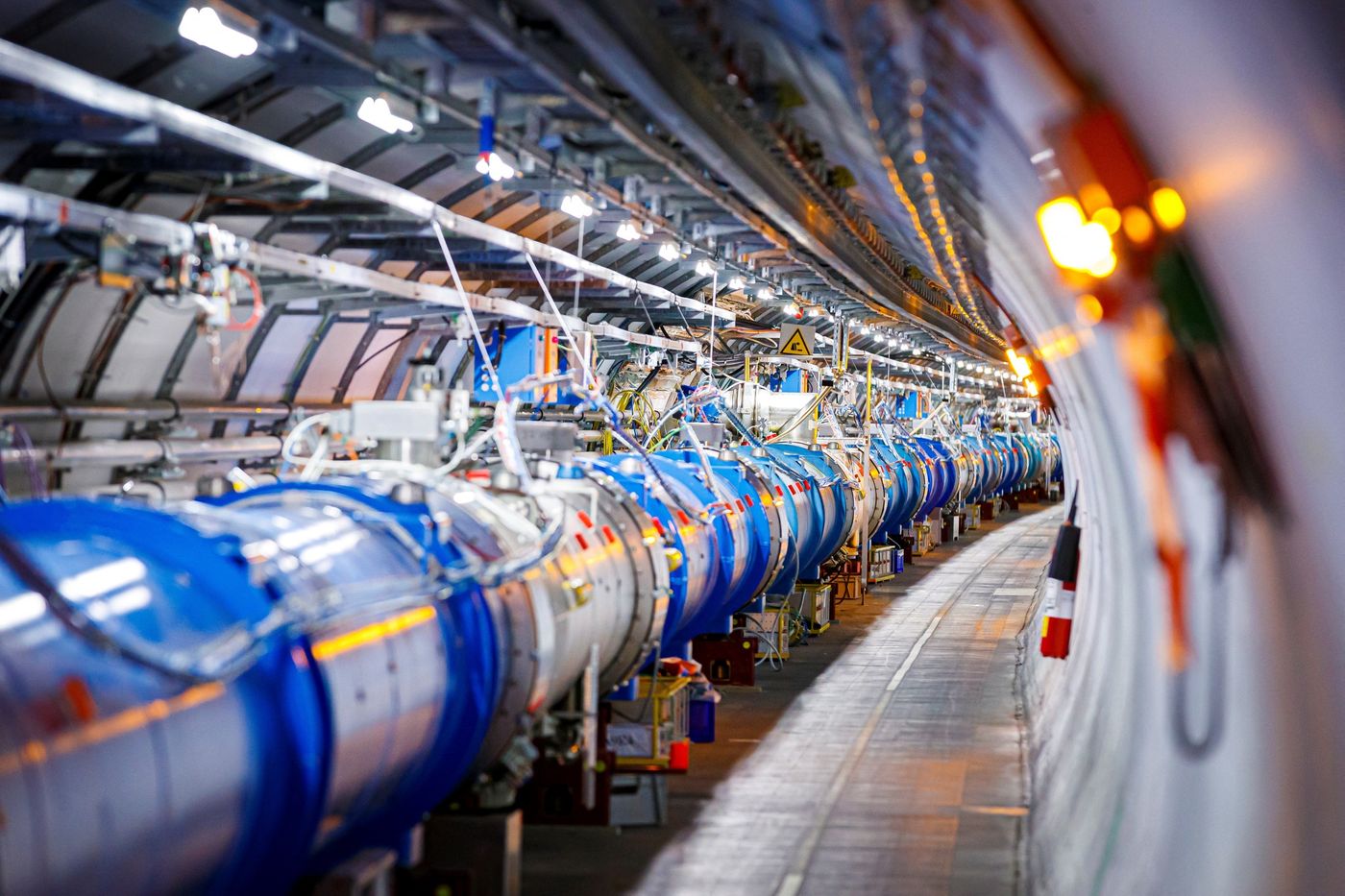 Three years of work, kilometers of cables, tons of metal. This Friday, April 22, CERN, the European Organization for Nuclear Research, restarted its main particle accelerator, the LHC (for Large Hadron Collider, or “large hadron collider” in French). After a calibration phase, the first collisions of scientifically exploitable particles should resume at the beginning of August.

→ REPORT. The largest particle accelerator in the world turns 10

The facility, located underground on the border between France and Switzerland, has undergone a planned renovation. The ring nearly 27 kilometers in circumference “wears out” with the collisions that take place within it. “We work on particles, on the infinitely small, and at this level of scientific precision the slightest deviation is critical for the results, popularizes Stéphanie Beauceron, a physicist who works on one of the experiments using the LHC. Remember that when it rains more in Gex, on the French side, than in Meyrin, on the Swiss side, a whole series of systems allow the LHC to take this change into account! » High-precision equipment that must therefore be reviewed regularly.

In detail, it was necessary to replace superconducting magnets, improve the cryogenic system, install new collimators, and a thousand other things as technical as they are complicated. And even… vacuuming! Over time, metal debris accumulates in the enclosures of the magnets that orient and direct the particle beams.

More than 2,000 people, from CERN but also from civil engineering and industrial companies, were mobilized in the operations, helmet on their head, bag on their back and bike between their legs to cover the kilometers of tunnel. Before even starting, this work had required two years of preparation. The Covid-19, which caused the closure of CERN like so many other centers, delayed the recovery.

Better understand the model of the Universe

With this restart, the LHC will begin its third campaign. The previous phase of service, from 2015 to 2018, had generated 16 million billion collisions, resulting in a colossal volume of data. CERN estimates that 300 million gigabytes have been recorded, the weight of a video that would last a thousand years. Something to keep particle physics researchers busy during the years of work, and even after.

→ EXPLANATION. The model of physics called into question

But the most famous of the LHC’s discoveries dates back to July 4, 2012: the detection, at last, of the elusive Higgs boson. This boson is an elementary particle, whose existence had been supposed since the mid-1960s to explain the physics of the Universe. Now, scientists use the infrastructure to review the different theories of fundamental physics. “We’ve ruled out a lot of models, but theorists are far from running out of theories! », laughs Stéphanie Beauceron.

An improved version of the accelerator in 2028

The physicist and her team took advantage of the work to go through the accumulated data and repair their instrument. “We cannot access our particle detectors during acquisition campaignsshe justifies. We have also installed elements to test them before the future HL-LHC. » Behind this somewhat barbaric acronym hides the “improved” version of the LHC, which should enter service around 2028.

For the occasion, new tunnels have been built, the vibrations not disturbing the suspended experiments. Ultimately, this version should make it possible to send bunches of protons, the particles used by the LHC, with higher intensity. What increase the probability of collisions and, perhaps, to discover new elementary particles to fill the construction of the model of the Universe. Or bring it down.