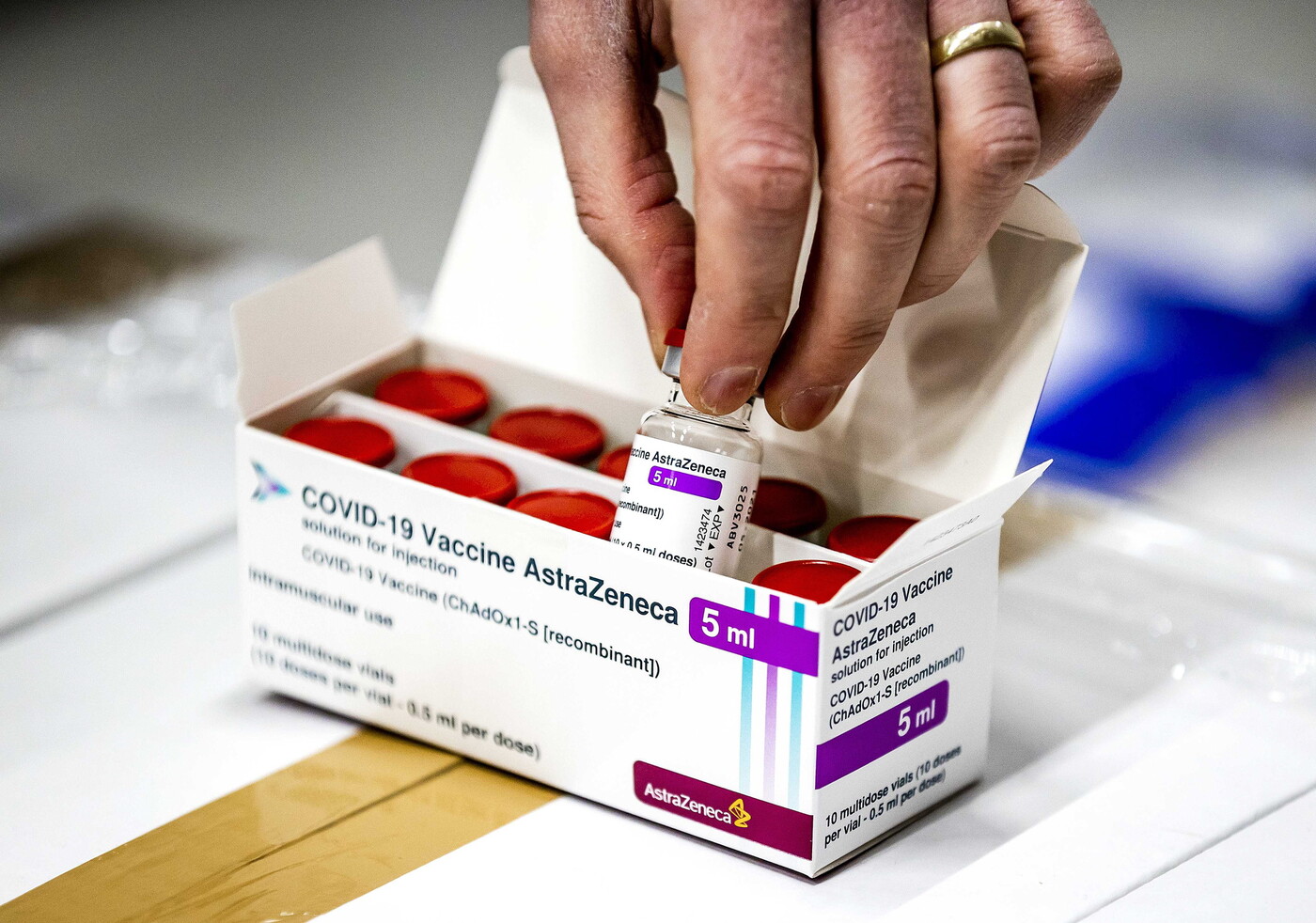 An announcement that the supporters of the AstraZeneca vaccine would have gone well. Following a dozen European countries, the President of the Republic declared, this Monday, March 15, that France was suspending the use of the AstraZeneca vaccine until a European opinion, expected soon. A little earlier in the day, Germany had also announced to suspend vaccination with the Swedish-British product, “After new information concerning cerebral venous thrombosis in connection with vaccination in Germany and Europe”, said a spokesperson for the Ministry of Health. The Paul-Ehrlich Medical Institute, which advises the federal government, has ruled that “ further examinations are necessary ”, after cases of blood clots in people vaccinated in Europe.

→ READ. Vaccine against Covid-19: delivery delays, another disappointment of AstraZeneca

One more blow for a vaccine with an already tarnished image, while the developers of the product had just published a press release to confirm the absence of ” evidence of an increased risk of pulmonary embolism, thrombosis, or thrombocytopenia in any particular age group, gender, lot or country ”, After examining the data available on the 17 million Europeans who have already received an injection.

What do we know about complications caused by the vaccine abroad?

Denmark was the first country to suspend the Astrazeneca vaccine on March 11. It was followed by Iceland and then Norway, which recorded several similar cases in adults, as well as cases of skin bleeding in relatively young people who received a dose of the vaccine. If no link has been established, “This is serious and may be a sign of a decrease in the number of platelets”, alerted the Norwegian Institute of Public Health.

Then Bulgaria announced the next day to suspend “As a precaution” injections, following the death of a vaccinated woman. However, the Bulgarian health minister also clarified that “ no link has been established ” with the vaccination and that the applicant was overweight and had undergone several coronary bypass surgery. Ireland followed on Sunday March 14, then the Netherlands. Finally in Italy, the Piedmont region took a similar measure after a death, before resuming injections by excluding a batch of doses. Outside Europe, the Democratic Republic of Congo, Indonesia and Thailand have postponed their vaccination campaign.

Have there been any problematic cases in France?

In its latest report dated March 12, the National Medicines Safety Agency (ANSM) underlines that around 3,000 cases of adverse effects have been analyzed by the regional pharmacovigilance centers since the start of vaccination, and that “The vast majority of these cases concern flu-like syndromes, often of strong intensity”. Over the period from February 26 to March 4, the ANSM identified 284 serious cases, including only one of multiple thromboses. In view of the available data, “There is nothing to conclude that this effect is related to the vaccine », Specifies the agency.

Reassuring words undermined by the Bouches-du-Rhône firefighters, who announced the occurrence of adverse effects in an Arles firefighter, hospitalized for a cardiac arrhythmia after his first injection, on March 8. This is however better, then said the departmental fire and rescue service.

What are the consequences of this suspension?

Even if they are first taken as a precautionary measure, these multiple suspensions in Europe risk fueling mistrust of a vaccine blamed for the fevers it causes. According to a YouGov study conducted between February 23 and March 2, one in five French people said they would refuse the AZ vaccine, considered less safe than Moderna and Pfizer. A judgment corroborated by Luc Duquesnel, president of Généralistes-CSMF, who affirms to observe “More marked reluctance »From a series of patients, regretting yet another ” wasted time For vaccination.

→ ANALYSIS. Covid-19: the timid start of vaccination in pharmacies

Asked before the announcement of the French decision, Jacques Battistoni, president of MG France, also regrets a “Deleterious cacophony: if the vaccine is not dangerous, the European Medicines Agency must say so clearly, to harmonize vaccination recommendations », He insists. Traveling to Montauban, the Head of State said “Hope to resume soon” vaccination with this serum “If the opinion of the European Authority allows it”.

Among the first doses, 1.3 million are those of the AstraZeneca vaccine.

The European Union has ordered 300 million doses of the AstraZeneca vaccine, including 45 million for France.

In all, 7.57% of French people received at least one dose (all vaccines combined), 3.31% received both doses.