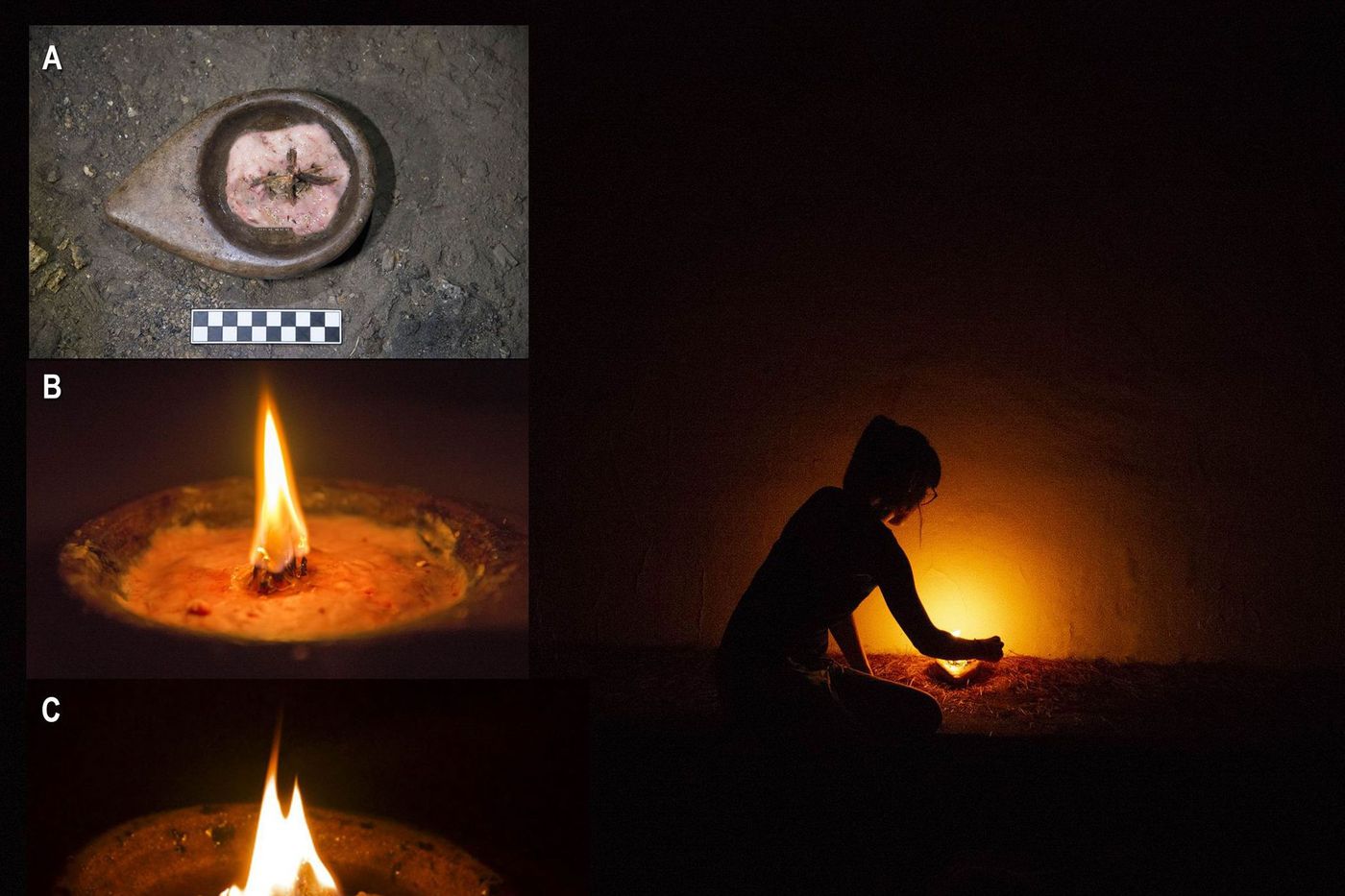 Paleolithic men did not all live in caves, on the contrary. But whether it was for temporary shelter or to paint magnificent frescoes, they explored dark caves. Traces of human presence, camps and especially fires have been found by archaeologists.

→ READ. “The domestication of fire in Paleolithic times”, and suddenly enlightenment

But what kind of light did these Paleolithic men produce to tame the darkness deep in the caves? In a very serious experiment published inPlos One, a Spanish team reproduced the different sources of lighting that could exist in the Upper Paleolithic, from -50,000 to -12,000 years ago. Based on archaeological findings, three possible sources have been identified and reproduced: torches made of different woods, lamps with animal fat (cow and deer) and campfires.

Campfires or lamps with animal fat

The researchers measured the light intensity, the range of the light and its “color”, the duration of the lighting and the possible production of smoke. The experiments were carried out in the cave of Isuntza 1, in the Spanish Basque Country. Results? Torches, made up of several branches gathered together, are most effective for exploring a cave but not for painting. They light up in all directions at the same time, are easy to transport and handle, although they can go out unexpectedly and give off black smoke that leaves traces on the walls.

Once the exploration was done to ensure the absence of danger in the cave (animal or scree for example), Paleolithic men could instead use campfires or lamps made with animal fat. The latter looked like candles: a stone container in which grease was placed with a wick. They have the advantage of burning for a long time, without smoke. The light emitted does not flicker but only illuminates a small area, just like a candle would.

For the scientists, the different types of fire were therefore complementary, according to the activities and also according to the place of the cave to be reached. For the cave of Atxurra, in Spain, the cave paintings are located far inside and it would therefore have been necessary for the painters of the Upper Paleolithic to carry torches with them first to reach the room, then other woods or grease to illuminate the walls and decorate them.