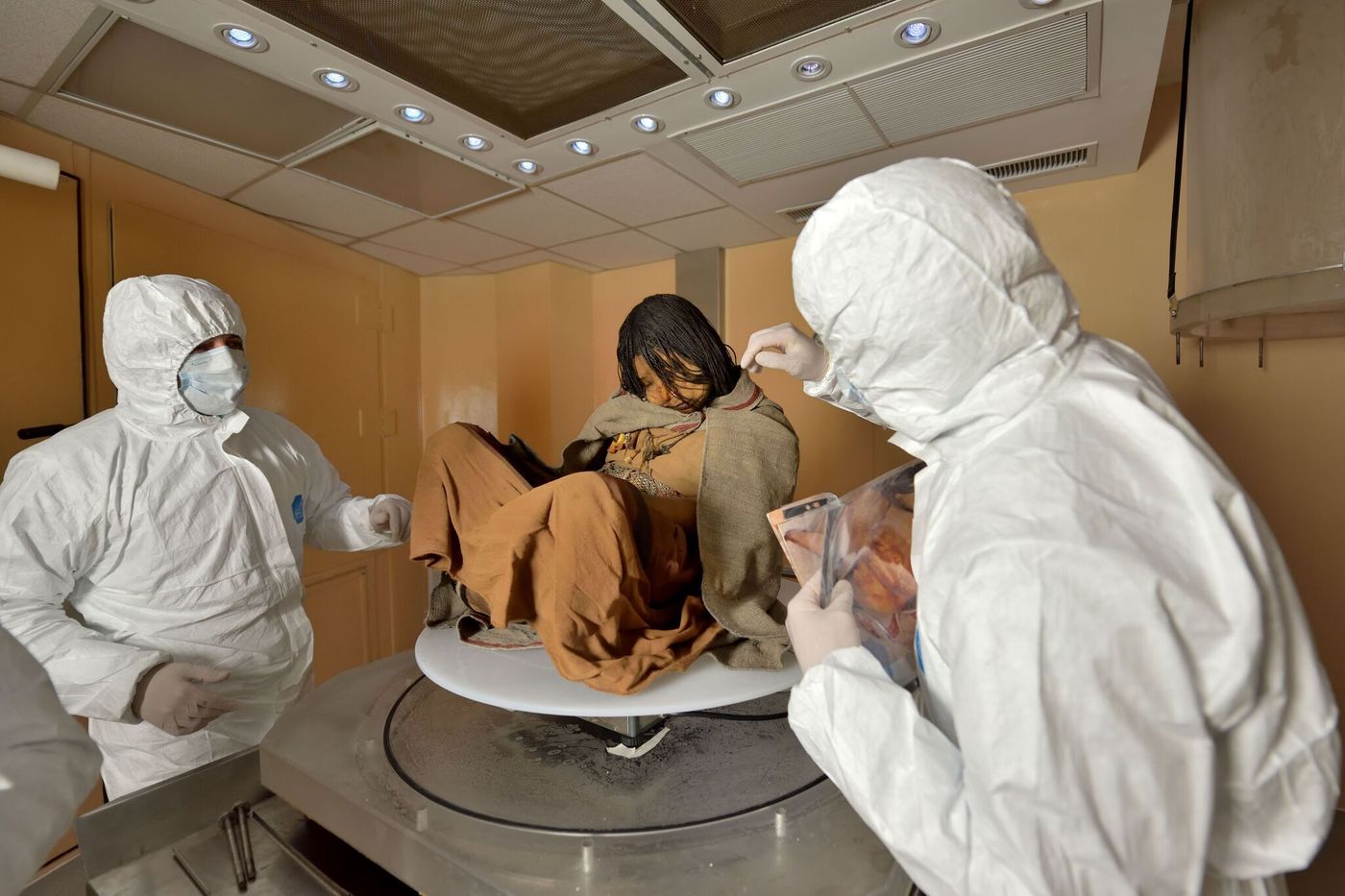 “Science does not allow voyeurism”

Alain Froment is a doctor and former head of the anthropology collections at the Musée de l’homme.

“Each of the human remains that we show at the Musée de l’homme – a few skeletons, a few skulls, a mummy – has been the subject of ethical arbitration. The objective is to illustrate human diversity, not to make the ghost train.

→ READ. In Argentina, Inca mummies at the heart of tensions

The skull of Descartes, for example, has been debated. As a Catholic, Descartes would no doubt have wanted his skull to rest underground rather than in a museum. We finally made the choice to show it in a showcase that speaks of cosmogony and vision of the world, so that this skull becomes a way of symbolizing Cartesianism and therefore of serving the thought of the philosopher.

In our Western societies, the ethics of scientific knowledge takes precedence over that of religions. But a body, even dead, is something sacred. The law requires us to respect it, to ensure its dignity and integrity. Do not do to others what you would not want them to do to you: this is a golden rule.

Many remember the exhibition “Our body, open body”, which hit the headlines in 2009. There was something obscene in these dissected corpses offered to the public gaze. Dissection is an essential tool for knowledge, it has great educational virtues in medicine, but science cannot serve as an alibi for voyeurism and indecency. »

“There must be compromises with the communities concerned”

Béline Pasquini is a doctor in archeology at the University of Paris I and co-founder of the association Archéo-Éthique.

“For me, it has to be decided on a case-by-case basis. And, ideally, by finding a compromise with the local communities where they are concerned. This is what happened with the “Princess of Altai”, discovered in 1993 in the Republic of Altai, Russia.

In 2012, the mummy of this woman from Vand century BC was entrusted to a local museum which requested it but did not want to show it. Finally an agreement was reached with the Russian authorities: the mummy is now on display but in a secluded room which is accessed after descending a long staircase, and only during certain phases of the lunar cycle, in accordance with the beliefs of the Altaians on the soul of the dead. In France, the influence of the Enlightenment pushes us to place science at the forefront.

As an archaeologist, I am convinced of the usefulness of studying and showing burials in order to understand past societies, but we cannot totally disregard the values ​​of these dead that we exhume and of the populations that are affiliated.

A few days ago, Inrap, the National Institute for Preventive Archaeology, discovered a 700-year-old lead sarcophagus at Notre-Dame de Paris. This man, probably a canon, was buried with the conviction that he would reach eternity. I personally believe that at the end of the scientific study, we should respect his will. »