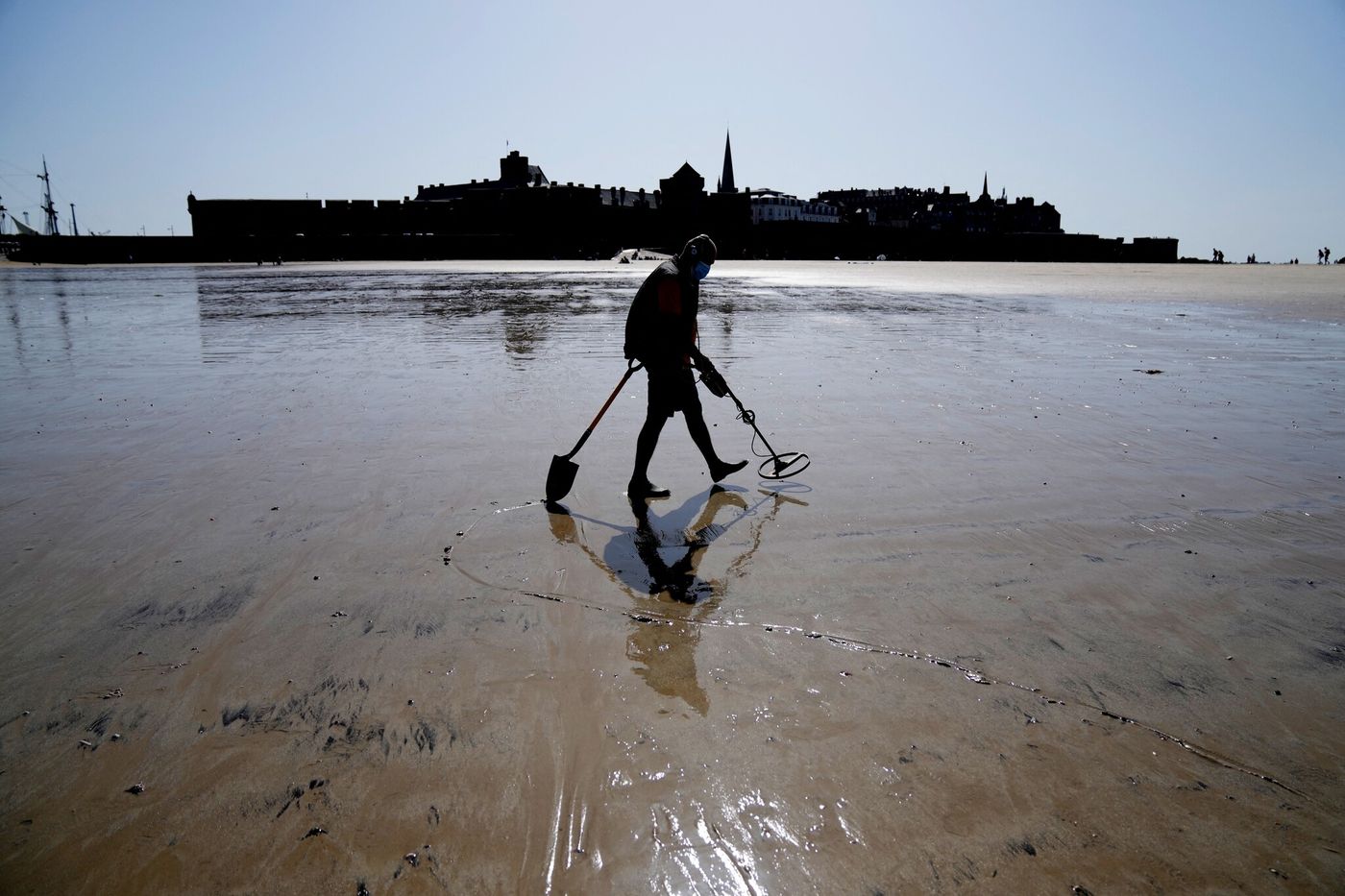 On sunny days, we come across them in the woods or on the beaches at dusk. Often men, more rarely women, they methodically walk around the place with a strange contraption at arm’s length, in a slow swinging motion. Detectorists, or “UDM” for “users of metal detectors” as they call themselves, would be several tens of thousands in France.

“It is estimated that there are around 120,000 practitioners but, for lack of formal authorization, it is difficult to be precise, figure Marc Méreaux, president of the French Federation of metal detection (FFDM). If vagueness reigns, it is because the battle over the contours of this activity is raging. The law makes detection subject to prefectural authorization when it comes to “research of monuments and objects that may be of interest to prehistory, history, art or archaeology” (read below).

In other words, surveying the ruins of a Gallo-Roman site: no. Looking for your lost wedding ring in your own garden: yes. Between the two, detectorists and archaeologists clash in the field and even in the courts, the latter accusing the former of ransacking the heritage.

A matter of context of discovery

“We do not do archaeological research, it’s a hobby!, sweeps Marc Méreaux. Most of the detection is done in the fields, where the agricultural machinery works the soil deeper than the UDM digs. We cannot speak of the destruction of the archaeological context. »

He started with a “frying pan” in 1985 and noticed that the finds were increasingly damaged by agricultural work and fertilizers. Mathieu, a detective in Pas-de-Calais who prefers to remain anonymous, justifies: “Recreational metal detectors are not powerful enough to detect beyond about thirty centimeters, well above the archaeological layers. »

In reality, archaeologists worry less about the sedimentary context than about the context of these finds. Found objects need to be precisely documented in order to be placed back in history. Otherwise, in the jargon, they become what archaeologists call “orphan objects”. “Searching for ancient coins and artifacts is archaeological prospecting, not a hobbyslice Jean-David Desforges, archaeologist and president of the association Stopping the looting of archaeological and historical heritage (Happah). And archeology is scientific work, rigorous and tedious, for each discovery. »

A job beyond the skills and especially the desires of the detectorists? “We are ready to provide all the necessary information on our discoveries, replies Marc Méreaux. But I understand that archaeologists take a dim view of uneducated and uneducated amateurs, whereas being outside digging is probably the most exciting part of their job. »

A lack of dialogue

“Afterwards, let’s face it, interesting discoveries are extremely rareraises Mathieu. In 98% of cases, we clean up, that is to say, we take out aluminum cans and old nails. In twenty years, my finest find comes down to a louis d’or. » The northern detectorist, like others, would like to show his discoveries to people competent to assess their value. “But when you dig something up, after a brief joy, you’re afraid you’ll end up in custody!, he assures. A lot of people keep quiet so they don’t have problems. »

On the dedicated forums, however, it is not uncommon to see calls for help to identify such and such a fragment of metal, or to ask how much a piece that has been a little worn by time is worth. As for archaeologists, it is feared that the slightest transmission of knowledge could be diverted for profit and concealment. “There are certainly some unscrupulous looters, but most detectives would like to contribute to the knowledge of history, insists Marc Méreaux. Except that with the current legislation, declaring a find means risking legal proceedings. »

Since July 2016, French law also provides that movable archaeological property “are presumed to belong to the State, in the event of a fortuitous discovery, from the recognition of the scientific interest”. Even found in your attic, ancient gold coins are not yours. “There is no financial compensation, which does not encourage people to report their findings,” concedes the president of the FFDM.

The problem of antiquities trafficking

“It is too easy to say that one does not dare to declare his objects for fear that it will lead to a trial! storm Jean-David Desforges. These people are illegal. Do we say to a driver without a license that, since he managed to do 50 kilometers, we pass the sponge for this trip? » The archaeologist, opposed to any “porosity” between his profession and detectorism, recalls that, “behind the guy with his frying pan on Sundays, there’s a traffic in antiques,” and “the practice is indeed prohibited since people are condemned for it”.

Among the big cases, the treasure of Cuts at the end of the 1990s. Detectorists had been condemned for having sold silver coins to numismatists, coin and medal collectors. More recently, in 2015, other hobbyists were tried, again for the resale of silver coins. The latter had been discovered in a field in Laignes (Côte-d’Or), a few kilometers from the site of the Battle of Alésia.

“When I find a purse, i.e. several pieces together, I leave everything there and drop off an anonymous letter at the prefecturesays a detectorist. But I’m not even sure that they then go there to pick it up…” Impressions of contempt on one side, accusations of ransacking and trafficking on the other, the two parties do not seem ready to bury the hatchet.

What the law says ?

• Article L542-1 of the heritage code provides that “No one may use equipment allowing the detection of metallic objects, for the purpose of researching monuments and objects which may be of interest to prehistory, history, art or archeology, without having, beforehand, obtained an administrative authorization.

• In February, LR deputies tabled a bill to allow the practice unconditionally, outside areas identified as archaeological areas.