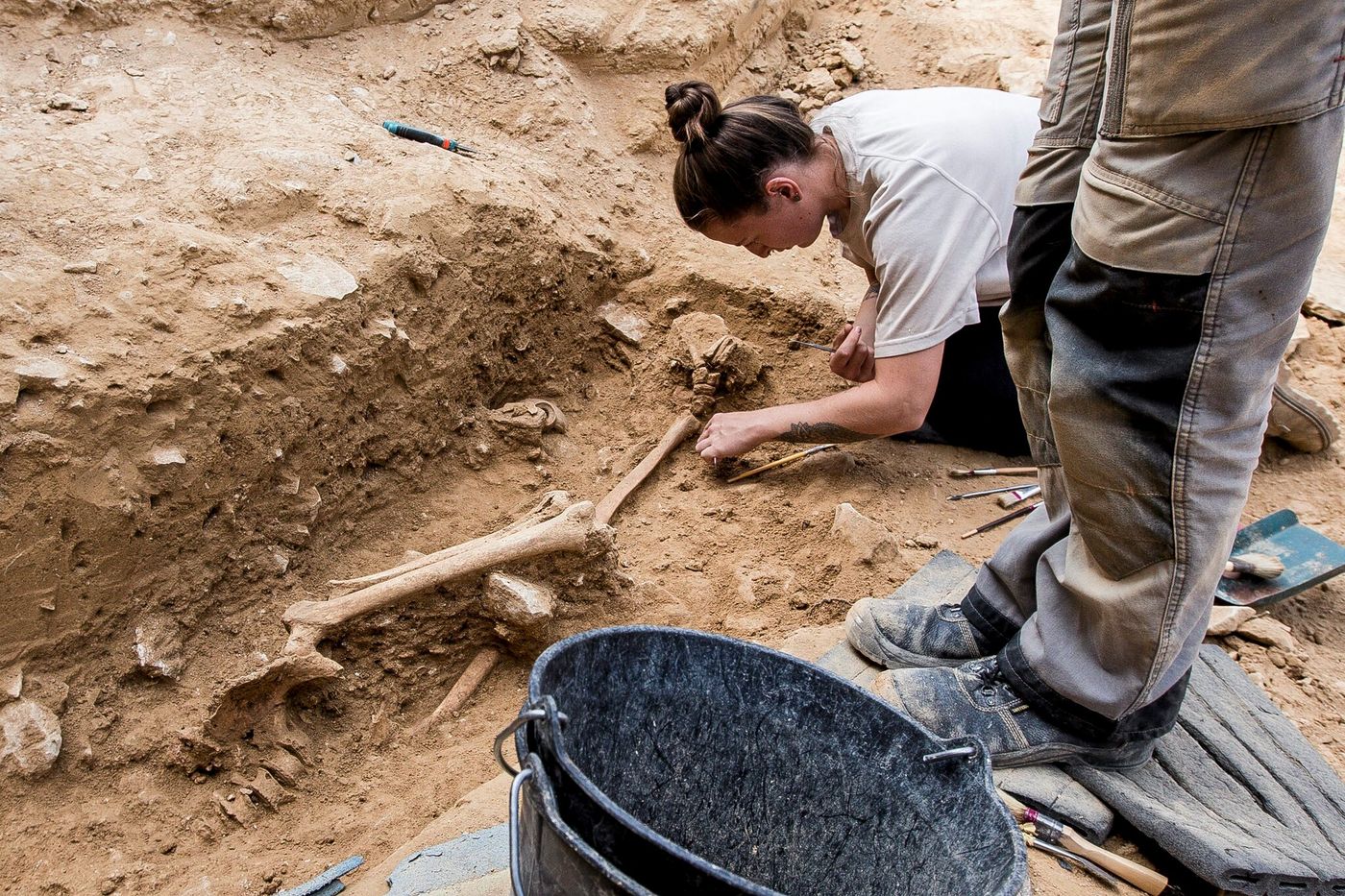 From the sugar plantations of Guadeloupe to the plain of Caen via the Old Port of Marseille, more than 5,000 archaeological excavations have been carried out in 20 years by Inrap, the National Institute for Preventive Archaeological Research. The opportunity to make beautiful discoveries, such as that of the first – and to date only – menhirs of Auvergne, or that of the princely tomb of Lavau, dated from the Vand century before our era.

With 700km2 struck down every year in France, the organization has what it takes to try to preserve the heritage. It was also to avoid the destruction and loss of archaeological sites during major construction sites that it was created on 1er February 2002. “For the Paleolithic period alone, more than 40,000 human generations have succeeded each other in France”, recalls Pascal Depaepe, Scientific Director at the Institute. Leaving as many traces each time.

→ ARCHIVES. The “emergency physicians” of archeology

However, not everything is searched, far from it. After each building permit application, the prefect or the administrative authorities can request a diagnosis before the start of the work, to find out if the place is of interest. But barely more than 1% of these diagnoses then give rise to archaeological excavations, carried out by Inrap or a private organization – the sector is open to competition. As summed up by specialists, “We used to run behind the diggers, now we run ahead”.

An archeology of opportunism

The map of areas explored by Inrap reflects that of French developments, leaving out the central regions. The “diagonal of the void”, well known to geographers, materializes hollowly. “It’s an archeology of opportunism, because we only dig where major projects are planned, recognizes Séverine Hurard, archaeologist. But this makes it possible to highlight more modest traces, far from the large sites already known. »

A thousand leagues from the castles, preventive archeology has, for example, made it possible to shed new light on the “dark ages” of the Middle Ages, by digging into the countryside. Something to give a voice to all those who are too humble to have left their mark in historical writings. For local residents, these sites are also a rare opportunity to see research in progress, on a future roundabout or at the foot of a building bar. A scientific parenthesis before a more urbanist permanence.

Because there is no question of giving up infrastructure for three potteries. “During the construction of a motorway, there are archaeological sites every kilometer, all periods combined”, we explain to Inrap. The specialists bring to light the remains, catalog the locations, photograph the sites, extract everything that can be extracted and document the rest. After several months or years of archaeological work, the diggers resume their rights. The building and the railway line then emerge from the ground, in place of the Gallic villa or the Neolithic necropolis.

Over the past fifteen years, only a handful of projects have been canceled after a major discovery. A heartbreaker? Not necessarily for archaeologists, who are aware of the importance of developments in the life of territories. “Sanctuarying a site is not always possible or desirable, confirms Dominique Garcia, head of Inrap. Conserving for the sake of conserving, without analysis, without study, makes no sense. »

→ ANALYSIS Prehistory: the Cosquer cave, a heritage in danger

While the Institute stores ever more data on our past, it is precisely this second phase that is lacking. It is difficult to find the time and the means to put all the discoveries into perspective. With new places to explore, such as the seabed where telecommunications cables must pass, or an activity favored by the recovery plan and the resulting construction sites, the years to come will still be busy.