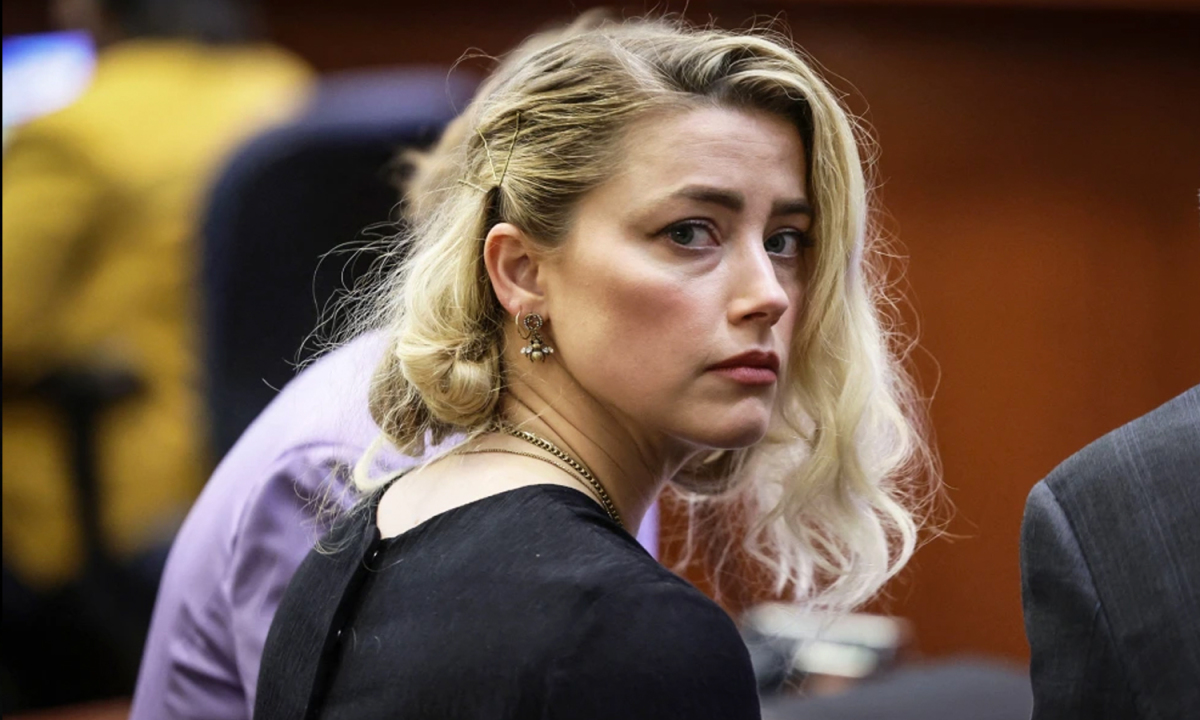 Law experts believe that appellate trials in the US only have a success rate of 10-30% but advise Amber Heard to appeal.

A jury in Fairfax court ruled in favor of Johnny Depp in a defamation lawsuit between the actor and his ex-wife Amber Heard. However, experts predict the legal dispute between the two will continue. A representative for Heard said she would appeal, a process that could take years.

Follow Timemost experts agree appellate trials don’t have much of a chance of winning.

Jeff Lewis – a lawyer specializing in appellate sessions – told NBC: “Appeals are less likely to succeed. Figures show that about 70-90% of appeals end with the previous verdict unchanged.” David Ring, an attorney specializing in civil law in Los Angeles, estimates Amber Heard’s appeal could take at least two years to process. The actress will have to spend hundreds of thousands of dollars more for lawyers. Star Aquaman previously spent millions of dollars in a three-year lawsuit against Depp.

Rebekah Sullivan, an attorney in Washington, DC, said: “Anyone who appeals must go through a tough fight. Appellate courts tend to be reluctant to re-evaluate the jury’s verdict. , even if those conclusions seem contradictory”. After two months of arguments, the jury found Depp’s story more believable. Meanwhile, Heard’s side could not invite important witnesses to prove their points.

However, most legal experts believe that Amber Heard should appeal and have grounds to make arguments.

David Ring – attorney in Los Angeles – told Time: “Appealing is an expensive and time-consuming process. However, when facing a fine of tens of millions of dollars, you should definitely file an appeal.” In the event that he cannot win the appeal, Heard still has a chance to have his sentence reduced.

Many lawyers believe that Amber Heard will have an advantage in the appeal round compared to the previous trial. According to lawyer, Jeff Lewis, this trial will be completely different from previous confrontations between the stars, which will not be broadcast live on television or social networks. “All reports and exhibits are sent to a different court with the three appellate judges. They will determine if the trial was fair. If something went wrong, they’ll see if it made any difference. change the outcome or not,” added Lewis.

The actress will most likely argue some legal error made during the trial and try to overturn the verdict on the basis that the jury could be influenced by what they read and heard. outside the courtroom. Heard will avoid the strong wave of support for Depp online like the past two months.

Mary Anne Franks, a professor at the University of Miami School of Law, said that during the past trial, the judge repeatedly reminded the jury not to watch information about the case on television or on social media. However, Heard could argue that those fringe factors were more likely to influence the verdict of the seven jurors.

Agreeing with the Franks, attorney Rebekah Sullivan told Time: “I think that’s a good point. What’s unusual about this trial is the media and social media attention. After each hearing, the judges come home, their loved ones are sure to know about it. They will be able to read posts on TikTok or Twitter… So Heard’s lawyers can argue that they were influenced by outside factors that weren’t acknowledged in the trial. That has a pretty good chance of success.”

Amber Heard’s side can also deny the evidence Johnny Depp gave in the adversarial sessions. Elaine Bredehoft – the actress’s lawyer – said that many images and audio recordings Heard used at the UK trial in 2020 were banned by the US judge. Bredehoft also believes that some of Johnny Depp’s evidence is fake.

Others think that Heard’s side can emphasize the point of influence of the above article Washington Post 2018 to Depp’s career. In the article, the actress did not mention her ex-husband’s name and only claimed to be a victim of domestic violence. Heard’s attorney is completely entitled to cite the First Amendment of the US Constitution on the right to free speech to convince the judges. Besides, Johnny Depp’s career has shown signs of slipping before because of his bad habits such as alcohol and drug addiction.

After hearing the court’s decision on June 1, Amber Heard said the verdict “retards the notion that violence against women should be taken seriously” and will appeal. She had to pay a fine of $10.35 million for defamation-related charges. The actress did not mention her current financial situation or the possibility of paying a fine. Heard also received two million dollars in compensation from Depp, because of a point the actor’s attorney raised in articles in the newspaper. Daily Mail.

The actress has 30 days to file an appeal. However, Heard’s side needs to submit a mortgage for her $10.35 million sentence. In recent years, the actress’s career has been troubled when facing the trial with Johnny Depp. Financial experts doubted her ability to pay the fine or pay the mortgage.