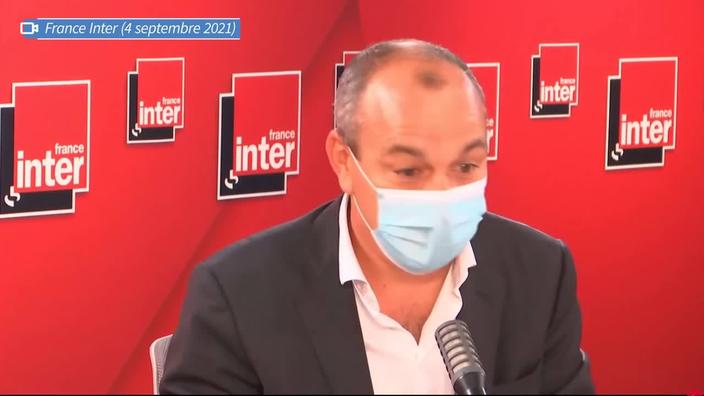 The secretary general of the CFDT reminded Saturday morning on France Inter why his union organization did not call for demonstrations. “The CFDT is not anti-sanitary pass or anti-tax,” he recalled.

While the eighth consecutive Saturday of mobilization against the health pass takes place, Laurent Berger, secretary general of the CFDT, does not wish to call for demonstrations. There are two reasons for this position.

“We are not anti-pass or anti-vax. The vaccine is the only solution we have found for the moment to get out of this very difficult period that we have been living for a year and a half, which is a restriction of our individual and collective freedoms because of a virus“, He put forward this Saturday morning on France Inter. Laurent Berger acknowledges all the same, that in a personal capacity, he “would be fine“Of the sanitary pass but he nevertheless recalls that”we can clearly see in certain sectors that it is also the condition for working in a little more serenity“.

SEE AS ​​WELL – Who are the anti-sanitary pass?

The leader of the CFDT also does not wish to be likened to certain demonstrators. “There are people who are infrequent for a trade union organization like the CFDT ”. He specifies that it is “all those who are of the extreme right, who are conspirators, who are anti-Semites and who, in the end, use this argument to push their ideas. They are quite numerous anyway. We have nothing to do with these people“.

He specifies that he “respectThe other part of the demonstrators, even if he does not share their ideas. Those are “citizens who are weary, tired that this virus and the health decisions that are taken ultimately restrict their capacity for movement, for freedom ”.

Finally, since Monday, 1.8 million employees are subject to the health pass. Those who work in the leisure, cultural, restaurant, long-distance transport or commercial sectors have to show their feet every day to go to work. Asked about the number of employees who could lose their jobs by refusing the health pass, Laurent Berger wanted to be reassuring. There are “not many, very clearly”, he replied, without providing precise figures.

Read alsoHealth pass: an application to fight against fraud and streamline queues

According to him, on the control of the health pass with the employees, the situations can be very different from one company to another. There is “union teams who say: ‘This is not done in good conditions’” and others “who complain because their employers do not claim the health pass“.