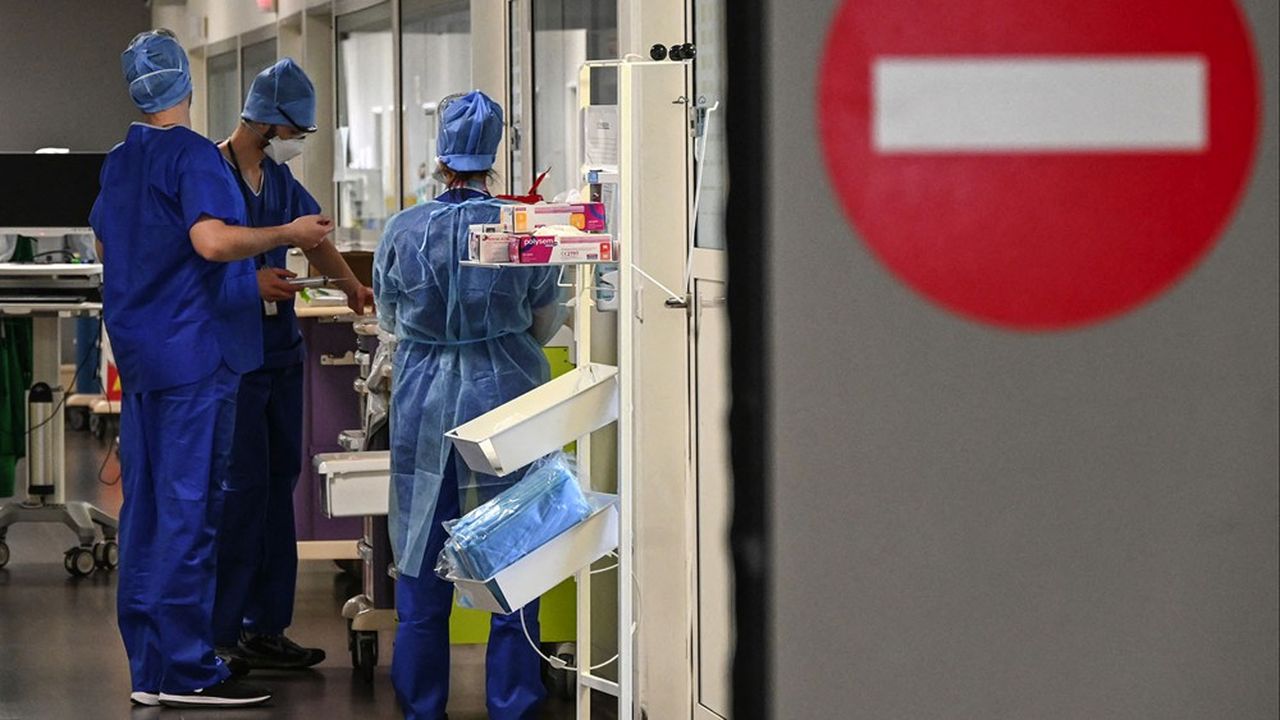 The announcement by the President of the Republic, Emmanuel Macron, on Tuesday evening on television, of the vaccination obligation made to the staff of health establishments (hospitals, clinics, nursing homes, etc.) did not, strictly speaking, surprise their leaders. “It was expected and we consider, like all hospital staff, that there is a vaccination duty on the part of nursing staff for themselves and for those they care for”, reacted for “Les Echos” on Managing Director of Ramsay Santé, Pascal Roché.

According to the boss of the French number one in private hospitalization, “a very large majority of our teams are vaccinated in France, where we employ 30,000 people”. And for good reason, the Covid, its staff know … Ramsay Santé has, in fact, taken care of some 17,000 patients affected by the disease in France, or more than 50% of those treated in hospitals and private clinics, including 8,000 in care reviews.

For staff who have not yet been vaccinated, the director general of the group says he wants to intensify the efforts of explanation and teaching. “We all know the vaccine is the solution. Some staff may have delayed their vaccination for not having found the time or for other personal reasons, we are going to give them the opportunity to do so, ”explains Pascal Roché.

Glass ceiling to be broken

The company has doses and has set up nine vaccination centers intended for the public in these establishments, specifies the manager. As for any recalcitrant, Ramsay Santé will await clarification from the Ministry of Labor on the terms of suspension of the employment contract.

Regarding nursing homes, no moods either. The general delegate of the professional union Synerpa, Florence Arnaiz-Maumé reminds “Echos” that she defended the idea of ​​compulsory vaccination during a meeting last Wednesday with the Minister of Solidarity and Health, Olivier Véran. “We had already noted for some time that we had reached a glass ceiling in many nursing homes with between 50 and 60% of staff vaccinated, while 90% of our residents are,” she explains.

At Korian, the French and European number one in nursing homes, its general manager, Sophie Boissard, welcomes “this clarification which will allow us to complete an already well advanced vaccination campaign, with 70% of the staff of our establishments vaccinated, and make it possible to monitor the vaccination situation of our workers over time ”. The leader observes that in Italy, where the vaccination obligation was introduced in early April, 98% of staff are vaccinated, only those with medical reasons not.

Synerpa is also satisfied to see this vaccination obligation extended to the medico-social, health, disability and even home sectors. “It is a question of dissuading the employees who could have been tempted to change sector if one of them was less demanding”, indicates Florence Arnaiz-Maumé.

The announcement of the President of the Republic should already incite the undecided, that is to say from 10 to 20% of the personnel, estimates the general delegate of Synerpa, adding “that it will be necessary to monitor the supply of doses for the employees and the new residents” .

As for the few opponents to any vaccination, Florence Arnaiz-Maumé assures that depending on the text of the law that will be voted in the next, the leaders of nursing home will have no hesitation in applying it from September 15 in case of failure to present a health pass.

“We have consulted the case law, and it is constant: faced with a legal obligation, medical confidentiality falls and the refusal is a real and serious reason for dismissal”, affirms the general delegate of Synerpa who is also awaiting clarifications from the Ministry of Labor on the notion of temporary suspension of the employment contract mentioned by the Minister, Elisabeth Borne.