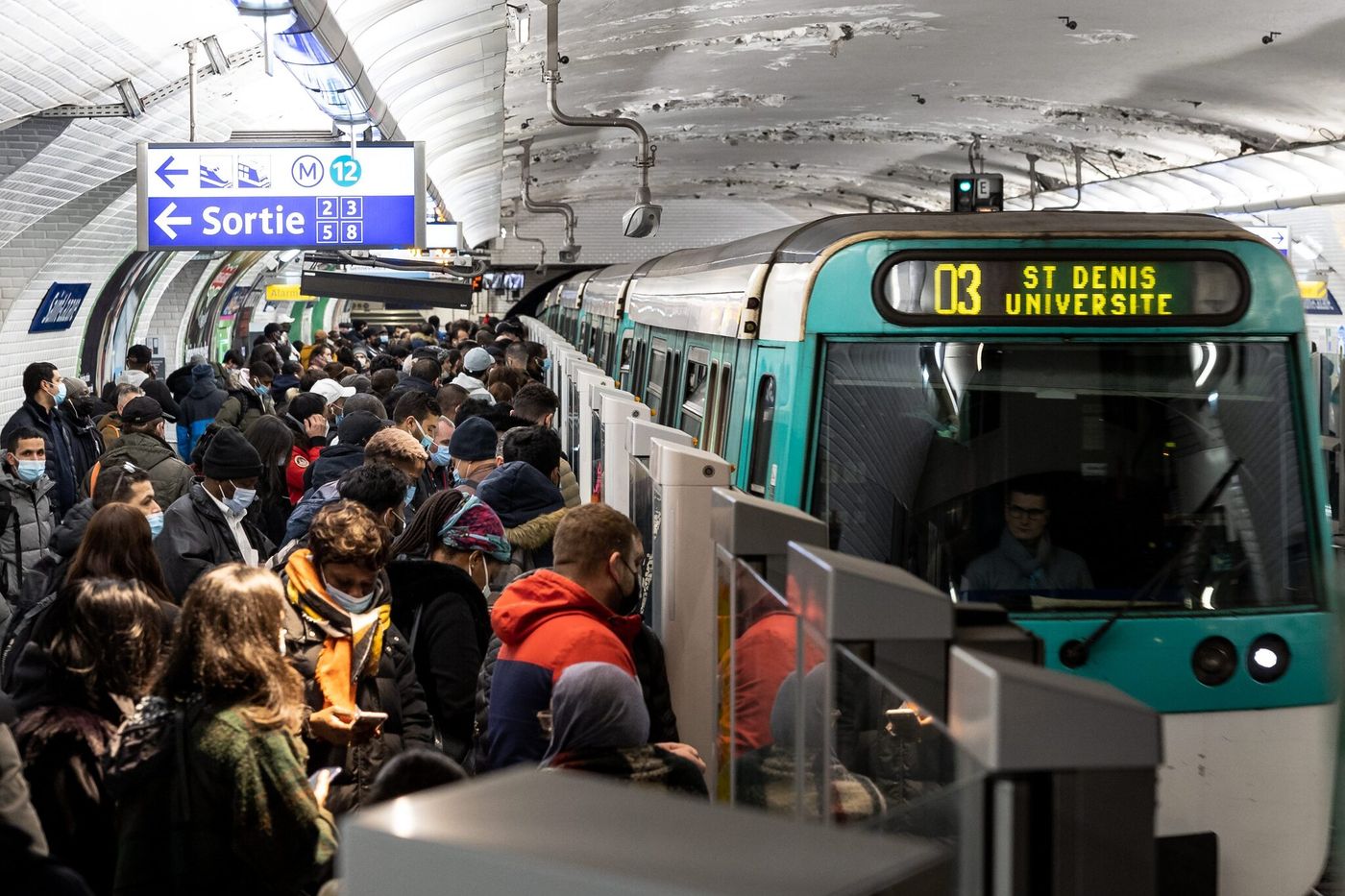 The quality of the air in the metro networks would be on average three times more loaded with fine particles than on the surface. A threshold well beyond those set by the WHO. It is in the face of this observation that the National Health Security Agency (Anses) recommended on Wednesday June 8 to strengthen actions to improve air quality in metro networks.

→ REREAD. Air pollution in France, why does it get stuck?

In 2019, the agency was commissioned by the public authorities to carry out a study on the feasibility of developing “indoor air guide values ​​(EFS)” in the “underground railway enclosures” of seven French cities including Lille, Lyon, Marseille, Paris, Rennes, Rouen and Toulouse.

The rate of particles in the air is there “on average three times higher than outside”, due to friction with the tracks, in particular during braking, explains ANSES. The dust is also regularly resuspended in the air as the trains pass.

But after reviewing the available data, she feels that she cannot define such “air quality guideline values” based solely on health criteria. Indeed, according to the agency, “the corpus of specific epidemiological and toxicological studies is too limited to be able to draw firm conclusions on the possible health effects of the exposure of users to air pollution”. She notes that existing data suggest the “possibility” cardiorespiratory effects.

The agency therefore proposes instead of these guide values, “indicators” air quality, determined in particular according to the respective journey times on the various networks. These indicators would integrate day-long exposures in different environments – at home, at work and in transport ». In addition, the agency recommends strengthening air quality measurements in these underground networks, which are not yet widespread.

The accumulation of these particle concentrations should comply with the exposure standards set by a 2008 European directive on air quality. They should also align with stricter WHO regulations tightened in 2021 to take into account the most recent knowledge on the health impact of air pollution. Available measurements suggest that European regulations are “generally respected” explains Marion Keirsbulck of ANSES, who stresses that “it is much less the case” for WHO values.

To improve the situation, it is necessary to continue the measures undertaken by the operators and “Tackling the emission of these particles, by replacing rolling stock, changing braking systems and improving ventilation” in particular, continues Eric Vial.

The air quality in the Paris metro has already given rise to legal action. The Respire association filed a complaint against the RATP in March 2021 for “aggravated deception” and “unintentional injuries”, implicating air pollution levels. RATP “is extremely mobilized” on the subject, relying in particular on “technological improvement” to reduce emissions at the source, insists Sophie Mazoué, responsible for sustainable development at the Parisian board.

→ VIDEO. Air pollution, what are we talking about?

Tests have thus been launched in the RER on new brake linings, the preliminary results of which “very promising” on a test bench showed a 90% reduction in particulate emissions, explains the manager. Investments of 57 million euros are also planned for ventilation, with experiments in “electrostatic filtration” and of “particle trapping systems”.