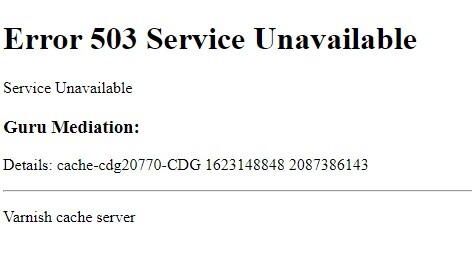 This Tuesday, June 8 at noon, it was impossible to access several thousand websites. Important platforms like Twitch, Reddit, or Spotify have found themselves unreachable, as have our colleagues from Monde.fr, RTBF or even the New York Times. Even the site of the giant Amazon struggled to display. The problem ? An outage affecting Fastly, a cloud service provider, cloud computing.

The American company Fastly has not yet communicated on the origin of the failure but claims to be correcting the problem. Most of the sites concerned were re-established by early afternoon.

Fastly is one of those little-known, but strategic Internet companies. It hosts copies of web content and sites on behalf of its clients. Like its competitors Akamai or Cloudflare, its service prevents all requests to a website from converging in the same place by creating traffic jams, and plays an important role in directing Internet traffic.

Sites that broadcast audiovisual content, media sites and any platform that must display a large amount of images represent the bulk of customers for these service providers.

We talk about “CDN”, content distribution networks. It’s about, roughly speaking, to copy the data to be provided in order to be as close as possible, geographically, to Internet users. This makes it possible to display web pages more quickly and therefore saves energy and display time. It is, for example, thanks to them that your connection does not need to go across the Atlantic for an episode of Netflix, which would greatly slow down the loading.