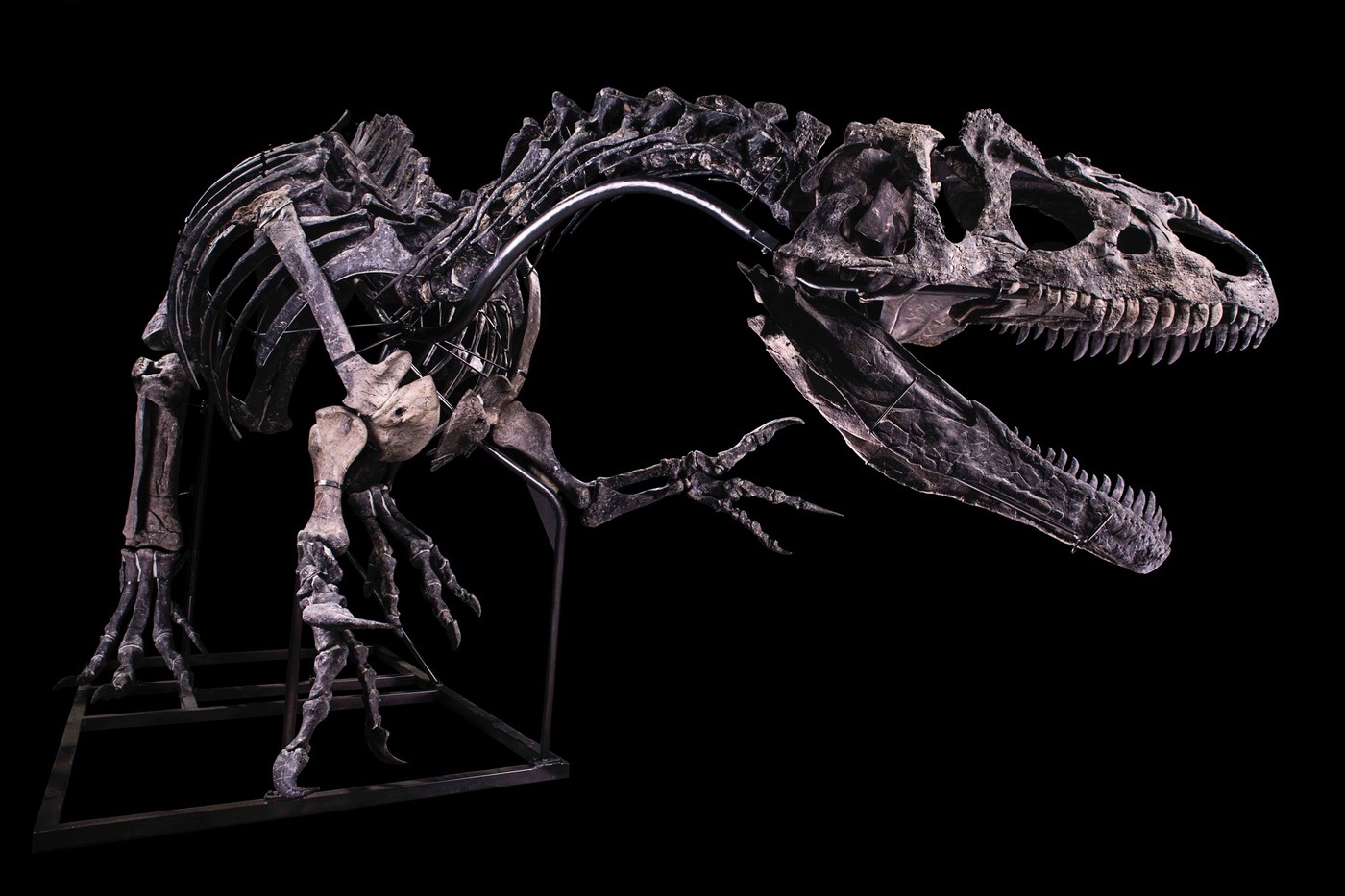 A 150 million year old treasure. An impressive reconstruction of the posture of an animal ten meters long, threatening with its open mouth and sharp teeth. This is what the buyer of the allosaur skeleton will win, sold on Tuesday October 13 at auction in Drouot, in Paris. The rare specimen, one of the longest and most complete in the world, is estimated between 1 and 1.2 million euros.

Worthy of a giant cabinet of curiosities, the spectacular specimen could appeal to art lovers. “ The taste for the mix between natural history and contemporary art is growing », According to Iacopo Briano. Responsible for appraising the skeleton, this specialist in paleontology is himself an art gallery owner. According to him, the private market for the sale of fossils has been expanding for ten years. ” There have always been amateurs specializing in paleontology, now art lovers are also interested », He explains.

This allosaurus could quickly increase in value during the sale, especially since its strengths are cleverly highlighted by the organizers, the Binoche and Gicquello house. Since Saturday, October 10, the skeleton has been exhibited in the Drouot space in a realistic manner, leaning forward. Composed of 70% of original bone and 30% of resin to reconstitute the gaps, its authenticity has been contested by Eric Mickeler, an expert working for a competing house. On October 12, the day before the sale, the Volunteer Sales Council – the gendarmes of the art market – finally concluded that “the elements alleged by the applicant were not such as to allow […] to suspend the sale.

The remains of the allosaur intrigue experts and buyers. We can see, in the arrangement of the bones, some traces of the animal’s past. The animal appears to have injured three left ribs when it was discovered in 2016. Enough to build a Jurassic legend about its life: “ These are the remains of a fight with another dinosaur, announcement, enthusiastic, Iacopo Briano. This injury offers us a very interesting clue about the life of the animal! Something to interest buyers looking for a piece with a story. “

So why not display such a remarkable fossil in a public museum? “ It’s way too expensive », One answers to the museum of natural history of Paris. “ Most of the time, museums do not have the means and these skeletons end up in private collections without being used for science and without being exhibited. », Regrets Damien Germain, paleontologist of the museum where the skeleton of the diplodocus Dippy is in fact a cast, among others in the world, offered to the museum by a patron and installed since 1908.

If the prices of these archaeological pieces are so high, it is because their greed has given birth to a real industry. In Wyoming (United States), where the allosaur was found, fossil searchers roam the desert like gold diggers in search of precious bones to sell at auction. ” Spending the days under the desert sun, taking a piece out of the field, analyzing it in the laboratory… It requires very specific skills. », Explains Iaopo Briano to explain the high price of dinosaur skeletons. On October 6, a tyrannosaur was sold in New York for $ 31.8 million, a record.