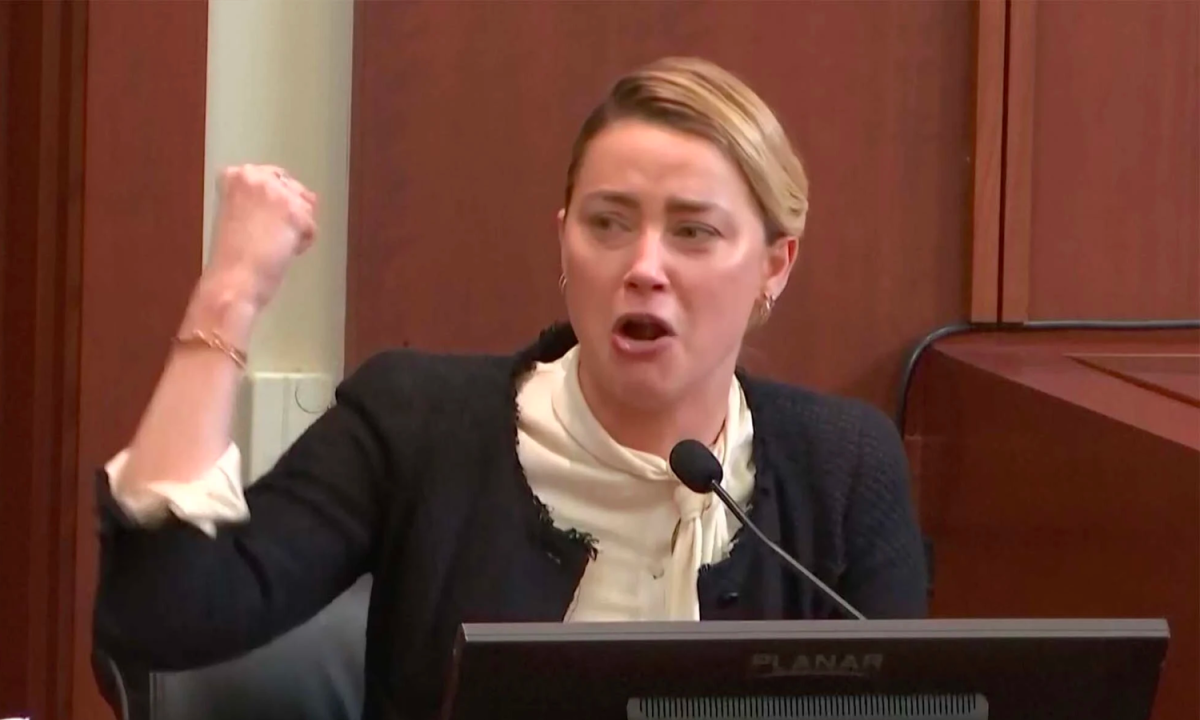 AmericaAmber Heard admitted in court that she beat Johnny Depp, but with the aim of protecting herself and her sister.

According to NBC News, Amber Heard returned to court in Fairfax on 5/5 to continue to testify in the Johnny Depp defamation lawsuit. The actress talked about the first time she hit back at her ex-husband. According to Heard, the incident took place in Los Angeles (USA) a few weeks after their argument in Australia (2015). She suspects Depp of having an affair when she finds out that he has gone to another woman’s house. “I immediately asked him about it. I didn’t care in that moment he could kill me,” Heard said.

After getting angry and scolding Johnny Depp, Amber Heard went to the next room to meet her sister. The actor chased, leading to a fight with her two sisters on the stairs of the house. Heard said he waved his hand at her ex-husband when he saw that he was about to hit her sister. “In my relationship with Johnny Depp, up until that moment, I had never hit him. That was the first time. I hit him in the face… Johnny looked surprised and laughed at me. Then he beat me again,” the actress testified before the judge and jury. Before that, she said she had resisted when her husband assaulted her, but only stopped at the level of blocking, waving her arms and legs.

During the trial, Amber Heard told in more detail about the times she was beaten by her husband. She cried when she recalled the incident between the two in March 2015 in Australia. “I don’t believe I have to tell this,” Heard choked. According to the actress, Johnny Depp lost sleep for a long time and became grumpy. She tried to advise her husband to calm down and rest, but he continued to drink and started screaming and smashing things. Depp kept shouting that she had ruined his life. Heard started pushing her husband to find a way to escape. However, Depp shoved her to the floor, strangled her, tore her clothes and inserted a glass bottle into her vagina. Heard also admitted to throwing a bottle of wine on the floor in self-defense.

After the incident, Amber Heard said she felt “ruined”. She started packing to move and noticed signs that Johnny Depp had used a lot of cocaine before. Heard said he was worried that her husband might die of a drug overdose and that if they left their relationship, their relationship would be completely over, irreparably. She also said she regularly reassures herself that Depp’s violent habit will soon end.

She denied breaking Depp’s finger during the altercation. Heard said when he woke up to find a lot of blood stains and only learned that her husband was injured. She confirmed that she was also bleeding at the time, but didn’t care because she was in so much grief. “I realized I might be injured. However, I told myself that the bottle Johnny was using didn’t break or things could have gotten worse… I just married this man. I just had a wedding. get married to him,” Heard said.

Amber Heard also accused Johnny Depp of forbidding her from acting while they were dating. Dilettante Pirates of the Caribbean becomes upset every time his wife accepts an offer to audition or meet a partner. Once, he got angry when he learned that Heard was going to a writer’s house to discuss a new project. She explained that this person was sick so he couldn’t leave his home. “All my explanations and apologies were not accepted by him,” Heard recounted.

Judge Penney Azcarate finished the trial at about 5:30 p.m. on May 5, later than the previous hearings. The court will be closed for more than a week before reopening on May 16 and is expected to close on May 27. Azcarate reminded the jury not to read or watch information about the lawsuit online or on television to avoid distractions. During the next trial, Amber Heard is expected to continue to testify and will be questioned by Depp’s legal team.

Johnny Depp and Amber Heard dated while filming together The Rum Diary (2011), married in February 2015. Fifteen months after the wedding, Heard filed a lawsuit in court asking for the right to ban Johnny from approaching and accusing him of verbally and physically abusive violence against her. Depp countered that he was the one being abused by his wife. The two sides disputed and slandered each other for months before finalizing their divorce in 2016.

Things gradually subsided before Amber Heard wrote the above letter Washington Post At the end of 2018, he reported being abused for many years. Although she did not mention Depp’s name, the actor was boycotted by Hollywood and lost many projects. Depp said his ex-wife made up stories to promote the movie Aquaman. The actor sued his ex-wife for defamation and demanded $ 50 million in compensation. Heard counter-sued Depp for the same crime, demanding $100 million in damages.