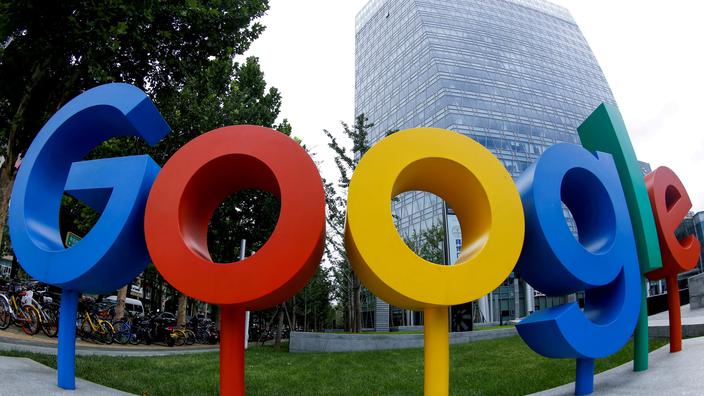 Google’s parent company continues to reap more revenue from both YouTube and its search engine.

Alphabet, the parent company of Google, saw third-quarter revenue jump 41% to $ 65 billion as the internet giant posted net profit of $ 18.9 billion, well above expectations of the market.

The world leader in online advertising, which has been the subject of numerous investigations and prosecutions on suspicion of anti-competitive practices, continues to reap more revenue from both YouTube and its search engine. From July to September, its video service sold $ 7.2 billion of finely targeted advertising space according to content and users, against 5 billion in the same period last year, according to a press release. results published Tuesday.

Its cloud business (remote computing) achieved nearly $ 5 billion in revenue, up 45% over one year. “The digital transformation and the transition to hybrid work (office and remote, editor’s note) continue, and our cloud services help organizations collaborate”, said Sundar Pichai, the boss of the firm, in a statement. For the current quarter, that of the end of year celebrations, Alphabet also hopes to find a place in the smartphone market. This month it released the Pixel 6, a new line of devices with a processor designed by Google and plenty of artificial intelligence features.

But the engine of Google remains advertising. The Californian group holds 28.6% of the global digital advertising market in 2021, according to the firm eMarketer, just ahead of its neighbor Facebook and its 23.7% share of the pie. In addition to the search engine that has become synonymous with the Internet, and with YouTube, the group has a galaxy of services, from mapping (Google Maps) to emails (Gmail) which are massively used by Internet users, and therefore popular with advertisers.

But this domination of the sector has earned it numerous investigations, fines and prosecutions for several years. Brussels announced in June the opening of an investigation against Google for anti-competitive practices in online display advertising technologies, just after the French Competition Authority fined it 220 million euros and demanded reforms. At the end of 2020, Google was targeted by three antitrust proceedings in the United States. In December, a coalition of 38 US states and territories accused him of exercising an “illegal monopoly” on online research and advertising.

American elected officials also intend to tighten the screws with stricter antitrust rules. In June, a parliamentary committee approved a series of bills that pave the way for a transformation of the digital economy and potential dismantling of Google, Facebook, Apple and Amazon. For example, these companies would no longer have the right to operate platforms for third-party companies while offering competing services.

Elected officials are also seeking to prevent Silicon Valley from prioritizing its products or services – with Google in their sights. And the largest groups would no longer have the right to acquire competitors. Alphabet made around 150 billion euros in revenue last year, more than 80% of which came from online advertising.