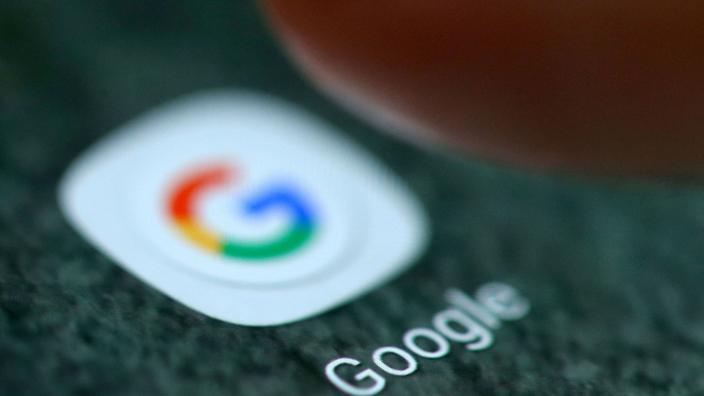 Google made $76 billion in annual net profit in 2021, nearly double that of 2020 ($40 billion), after a particularly strong holiday season for the online advertising giant that again far exceeded market expectations.

In the fourth quarter alone, the turnover of the American group reached 75.33 billion dollars, of which it generated 20.64 billion in net profit, according to its press release published on Tuesday. Its title took nearly 7% during electronic trading after the closing of the New York Stock Exchange. “Our quarterly revenue, up 32% year-on-year, reflects strong ad spend across all formats and strong online consumer presence, as well as substantial revenue growth for Google Cloud”, the remote computing arm of the company, said Ruth Porat, Alphabet’s chief financial officer.

The world leader in online advertising faltered slightly at the start of the pandemic, when some advertisers, such as tour operators, put their campaigns and promotions on hold. But the series of confinements and the digital habits adopted for almost two years have finally greatly benefited Google as well as other technology companies, from Apple to Meta (Facebook) via Amazon and Microsoft. Telework and online commerce, in particular, allow the search engine and YouTube to attract more and more brands concerned with tracking the consumer. In all, Google earned more than $61 billion in advertising revenue, primarily from online search and its video platform. Its cloud branch grew by 45%, to 5.5 billion in turnover. And the boss of the group, Sundar Pichai, welcomed “record quarterly sales despite supply chain challenges” for Pixel, its smartphone brand. Alphabet released the Pixel 6 in the fall, a new line of devices with a Google-designed processor and plenty of AI features.

The company also said its board had approved a 20-for-one stock split to make it more affordable for retail investors. The title took more than 7% during electronic trading after the closing of the New York Stock Exchange, at more than 2,900 dollars.

“For the first three quarters of 2021, Google delivered better-than-expected advertising results. (…) This pulled the whole market up and led us to revise our forecasts upwards”, pointed out Paul Verna, analyst at eMarketer. The firm predicts that this growth will continue in 2022: digital advertising should bring more than 171 billion dollars to Google this year, or 30% of the global cake, just ahead of Facebook (23.7% market share).

This leading duo and their advertising targeting methods have been the subject of various investigations, complaints and fines for years. In Europe and the United States, the pace of lawsuits has accelerated, without slowing down the growth of Silicon Valley. The most senior leaders of Google and Meta (parent company of Facebook) are, for example, accused by American states of having entered into an illegal agreement in 2018 to consolidate their domination of the online advertising market. Last week, prosecutors in several states took Google to court, accusing it of collecting geolocation data from Internet users even when they expressly refused, which the group denies.

In Congress, in Washington, elected officials are working on laws to end the monopolies of computer giants. Courts and parliaments are progressing at a moderate pace. Two weeks ago, Google appealed against a European court decision confirming a fine of 2.4 billion euros imposed by Brussels in 2017 for anti-competitive practices in the price comparison market. But according to Third Bridge analyst Scott Kessler, “In antitrust, Alphabet is going to have to fight Big Tech’s toughest battle. Despite the size of Apple and the poor reputation of Meta/Facebook, Google is perceived as the most struggling company in this field in the United States..