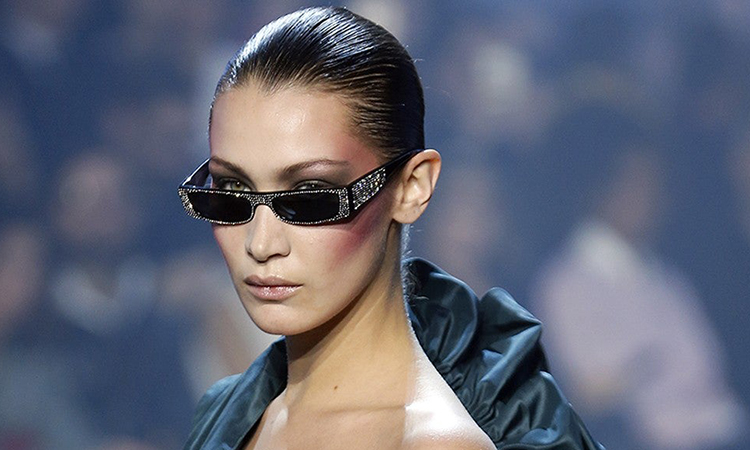 The designer welcomes the 49th birthday quietly in France – the fifth largest epidemic region in the world. In October, when launching the Spring-Summer 2021 collection, Alexandre Vauthier expressed his boredom when emotions were suppressed during the days of social isolation, high-end sales declined seriously. He said above Vogue: “When the epidemic started to flare up, people were scared. First, they bought disinfectants. Then they bought food, then makeup, and pajamas. Finally, they started. I have two customers who order a Haute Couture dress just to wear at home for dinner. It’s crazy! “.

Under his hands, sportswear, blazers, cotton T-shirts on the couture runways. There are collections inspired by the vibrant, vibrant city of Los Angeles (USA), some of which find the beauty of Parisian ladies or young and rich It-girls. In the 2017 show, the designer blended some high-end models with jeans, forming the whole that he called Street Couture (high-end street fashion).

The designer also cooperates with many modern brands, young colleagues such as Yiqing Yin, Jacquemus to have new designs. He also incorporated sportswear brand Nike to renew the classic Air Jordan 1 line-up for 650 Euro. In 2010, he collaborated with technology artist Moritz Waldemeyer to create a jacket and skirt with glowing electronics.

Whether pursuing the element of modernity, the designer balances with the traditional haute couture, when incorporating French, Indian, Southeast Asian cultural signature designs or the 1970s and 1980s fashions, Vauthier explains. on Coveteur He inherited, greatly influenced by three idols: “Thierry Mugler gives me the glamor, Jean Paul Gaultier brings the charm of Paris and Karl Lagerfeld brings the elegance and elegance of Chanel”. Vauthier was an apprentice at Thierry Mugler in 1993. In 1997, he worked as a lead designer on Jean Paul Gaultier’s two high-end and ready-to-wear collections for eight years. Long time learning and cooperation with the master fashions help Vauthier accumulate experience and skills in the field of design, tailoring.

In 2009, the designer established his own brand name. Many strong geometrical shapes, sharp seams are inherited by Vauthier from two famous fashion houses. It only took six years, when many strict conditions were met, Vauthier became an official member of the Fédération de la Haute Couture et de la Mode (French High Fashion Association) at the age of 43.

Meticulousness in materials, tailoring, and design are the keys to Vauthier’s success. He memorized the materials and the history of the fabric’s birth. Many fabric colors are not available on the market as they are hand-dyed by Vauthier’s sewing workshop. There are costumes on high-end catwalks that spend thousands of hours of embroidery or short dresses with more than 300,000 sequins to create the effect of crocodile skin. He told S Magazine: “High fashion is the ultimate result of imagination, where I break boundaries. It demonstrates the masterful skill of tailors, embroideries and craftsmen. It will always exist, because it is an expression of art, the ingenuity behind the fashion industry “.

Alexandre Vauthier cared about the wearers, putting them in the highest position. Designers go to many places to research customers, to pay attention to the needs and desires of young and modern women. Besides traditional markets such as the US and Europe, he is interested in Asian areas such as India and China. He said above according to the magazine Fashion: “I need to make clothes for real women, not long-legged models. So I’m always wondering what is sexy. It’s not fashion, it’s style.”

Alexandre Vauthier became a close designer with many female stars such as: Rihanna, Lady Gaga, Sharon Stone, Sophie Marceau, Charlize Theron or youth style icons such as Cara Delevingne, Taylor Swift, Bella Hadid, Kendall Jenner. In 2011, he designed costumes for the album 4 by Beyoncé. By 2012, Vauthier’s dress was on the cover of the single Girl gone wild by Madonna. In 2016, Bella Hadid wore Vauthier’s red bold dress to Cannes, becoming one of the most memorable moments of the fashion village. He told Coveteur: “On the red carpet, I don’t want a girl to be overshadowed by my design”.