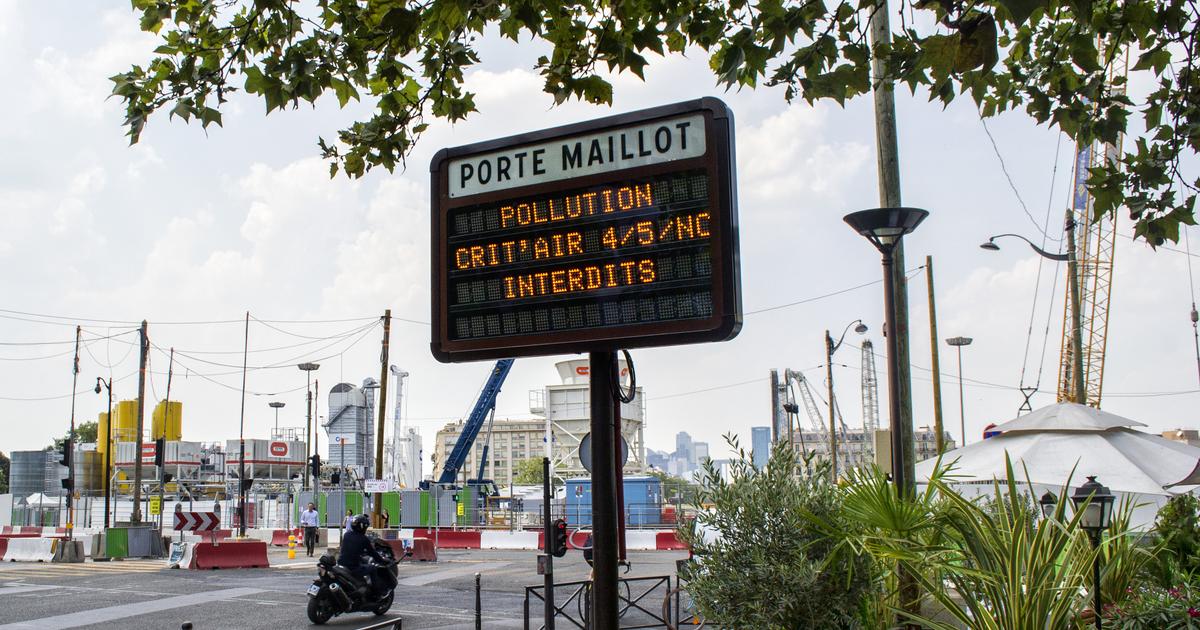 To fight against a “persistent” episode of pollution, the Paris prefecture has extended the traffic restrictions.

Ile-de-France has had to deal with a level of pollution above the recommended threshold for several days. Faced with this episodepersistent“, the prefecture of Paris has decided to extend”at least until Monday» the differentiated traffic already in place on Saturday.

Only Crit’Air 0, 1 and 2 cars remain authorized to circulate within the perimeter of the A86 (excluding this one). The maximum speed is reduced. It goes from 130km/h to 110 on the sections of motorway concerned and from 110km/h to 90 on the other sections. Similarly, the lanes usually limited to 90 km / h as well as the national and departmental roads go to 70.

The Prefecture recommends limiting car travel. For its part, Île-de-France Mobilités is setting upa daily anti-pollution packageat 3.80 euros. The latter allows unlimited use of all public transport in the region.

According to data from the air quality monitoring association in Île-de-France, Airparif, the concentration of PM10 particles (fine particles) varies between 45 and 55 micrograms per cubic meter of air. The information-recommendation threshold is set at 50 micrograms.

SEE ALSO – Hybrid cars: a commercial success but a supposed pollution that questions