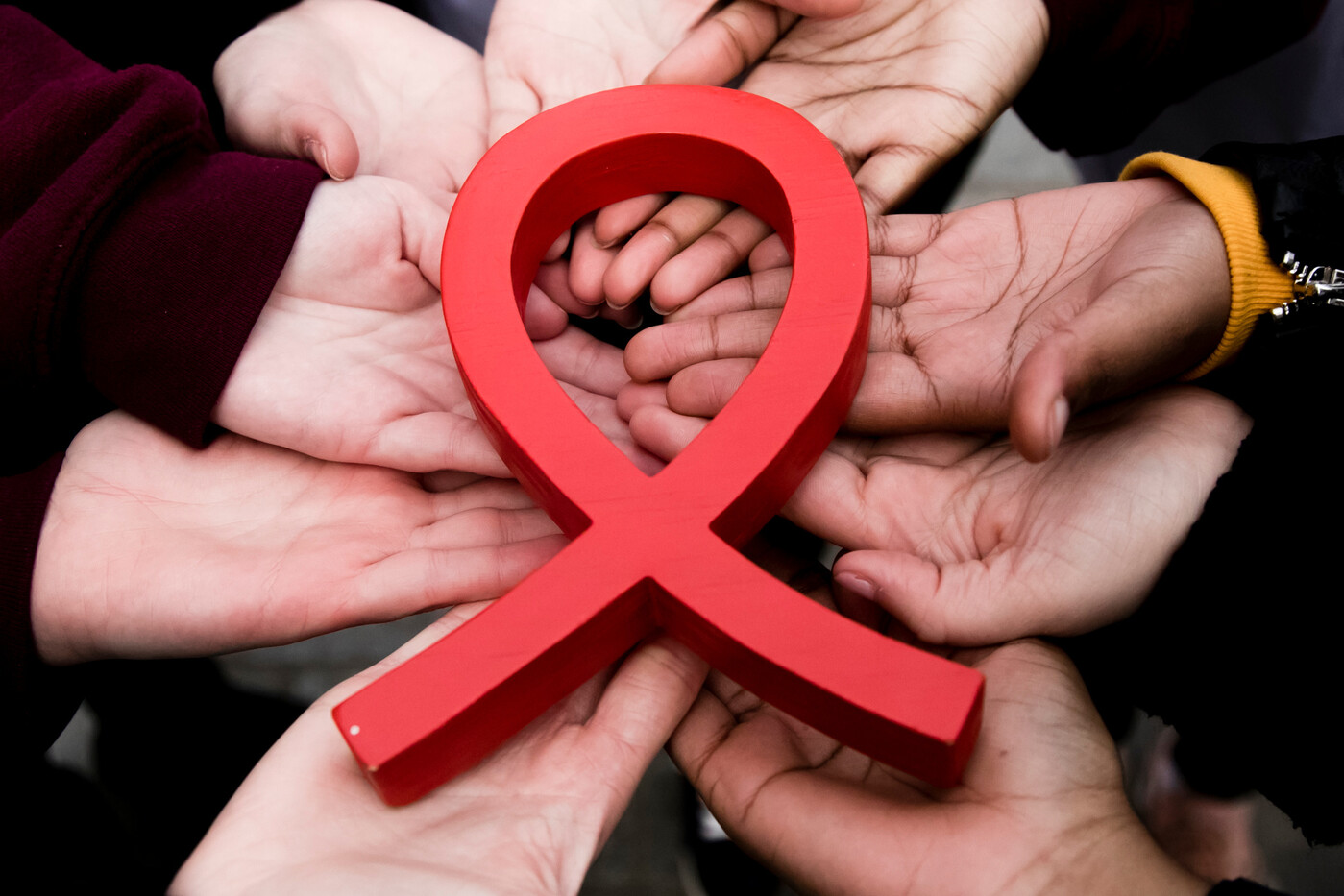 “The fight against AIDS is endangered by Sars-CoV-2”, warns Sidaction before organizing, from March 26 to 28, its annual fundraiser, canceled in 2020 because of the confinement. While the association could welcome, the previous year, a drop of 7% in the number of new HIV diagnoses in France, it notes “A heavy impact” of the pandemic on its fight.

The epidemic has caused a delay in screening and prevention which “Must do us
fear the worst “, says Sidaction, noting a series of dangers. First, the worsening of the situation of the populations most exposed to AIDS, as well as a decline in the level of information on the disease, considered less threatening, especially by young people.

“The use of screening fell by 60% between February and April 2020, and was not caught up in the following months”, details Florence Thune, Managing Director of Sidaction. In addition to the closure of free information and screening centers (Cegidd) during the first confinement, the arrival of the Covid-19 “Has upset the prevention program and incentives to screening associations, while people who should have gone for a test have self-limited, thinking that HIV testing would not be a priority”, she adds.

In Senegal, discreetly screen for AIDS

In total, 650,000 tests were not carried out from January to October 2020, a decrease of 10% compared to 2019. However, Sidaction reminds us, “Screening is an essential condition in the fight against AIDS. To be put on treatment, stay healthy and stop transmitting the virus, infected people need to know their HIV status. “.

Sidaction estimates that around 173,000 people are living with HIV in France, 24,000 of whom are unaware of being infected, a figure which could increase due to the persistence of the health crisis. A real danger, since“ a person who is unaware of being positive and whose immunity is already degraded for lack of treatment offers a more favorable ground for severe forms of coronavirus “, specifies Florence Thune.

In addition, during the year 2020, there is a growing isolation of people with HIV: “They were terrified of the idea of ​​catching Covid-19, fearing to suffer further discrimination “, narrates Florence Thune, who recalls that the populations most exposed to the virus (sex workers, migrants) have seen their living conditions deteriorate sharply, while the associations usually linked to them were disorganized.

Another cause for concern is the results of a survey carried out by Ifop in February 2021 among 15-24 year olds and revealed by the JDD : “Preconceived ideas and false information linked to the AIDS virus are worryingly increasing”, worries the association. Thus, nearly a quarter of 15-24 year olds think that the AIDS virus can be transmitted by kissing an HIV-positive person, or by sitting on a public toilet seat, misconceptions on the rise.

The omnipresence of Covid-19 in society explains part of these developments, even if “ information and awareness campaigns around AIDS were already insufficient before the pandemic ”, regrets Florence Thune. The lower visibility of AIDS is also reflected in the fear it inspires: 63% of respondents expressed fear of it in 2021, against 72% a year ago, the drop being 16% in both. last years.

In order to counteract these setbacks, Sidaction is organizing its traditional television evening with Line Renaud (on France 2 on Saturday March 27), supplemented by the action of the “Chœur de Gamers” association. This one will mobilize, during the weekend, a hundred streamers and YouTubers on the Twitch platform to raise funds and raise awareness among the young generation.

“ It is about reaching out to a new medium, and even if it should not be forgotten that the players’ audience is not only made up of young people, they will be able to slip a word about prevention to their parents ”, Florence Thune point. Recalling that “The over 50s account for 20% of new infections each year “.