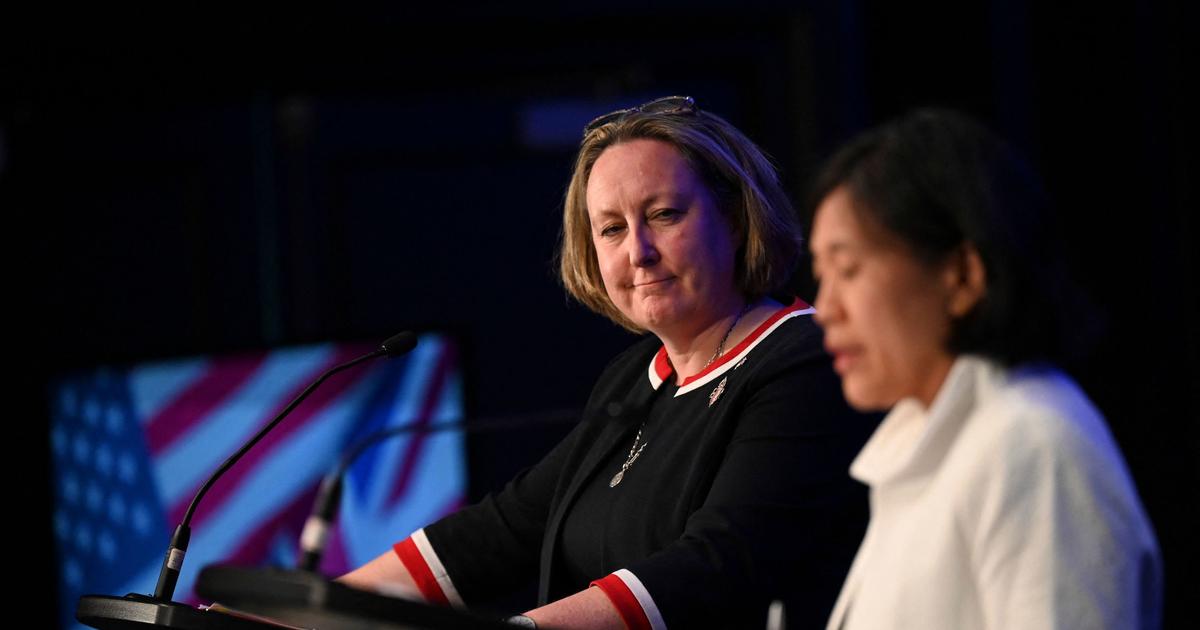 These tariffs had been imposed in 2018 by former President Donald Trump leading to British retaliation on American products, also lifted.

Washington announced on Tuesday that it had reached an agreement with the United Kingdom to end the punitive tariffs on British steel and aluminum, which were imposed in 2018 by former President Donald Trump and the British reprisals on the American products.

Read alsoWar in Ukraine: aluminum Europe very dependent on the factory of a Russian group in Ireland

“This critical agreement will not only help ensure the long-term viability of our steel and aluminum industries, protect American jobs, but it will also lift retaliatory tariffs on more than 500 million dollars of US exports to the UK, including spirits”US Commerce Secretary Gina Raimondo and Commerce Ambassador Katherine Tai said in a joint statement.

This announcement was made following a visit to the United States by British Minister for International Trade Anne-Marie Trevelyan. Earlier, she said she was optimistic about the possibility of an agreement on this dispute which polluted relations between the two countries. The two countries announced in January the launch of negotiations to put an end to this dispute inherited from the Trump era. The United Kingdom was among many countries that were imposed additional tariffs of 25% on steel and 10% on aluminum in June 2018, in the midst of a trade war. The Biden administration had already reached agreements with the European Union in October and with Japan in early February.

Concretely, this new agreement will make it possible to import “historic and sustainable volumes of UK steel and aluminum products without the application of Section 232 tariffs”, detailed the American officials. What’s more, “this agreement requires any UK steel company owned by a Chinese entity to undertake an audit (…) to assess the influence of the government of the People’s Republic of China”. “The results of these audits must also be shared with the United States”also specified Katherine Tai and Gina Raimondo.

This agreement, however, pales in comparison to the great free trade agreement that Boris Johnson wants. The signing of a bilateral treaty with the United States was one of the priorities of the British after Brexit, effective since January 1, 2021. But if the administration of Donald Trump (2017-2021) was willing to forge an agreement bilateral with London and had even conducted a series of negotiations, the Biden administration let the process die. In addition, the United States has made a potential agreement conditional on strict compliance with the Northern Ireland peace agreement.

On Tuesday, Anne-Marie Trevelyan admitted that it was “some time” that London was seeking an agreement with Washington and added that its government was not admitting defeat. The British Minister underlined that the challenge was not only to eliminate customs duties, but also to respond to the need for “building a 21st century trading relationship between two great nations that have common values”.

For her part, Katherine Tai called for showing “creativity” in terms of trade tools, suggesting that an agreement was not on the agenda. Earlier on Tuesday, Marjorie Chorlins, vice president for European affairs at the American Chamber of Commerce — the body that defends American businesses — pointed out that there was “a shared desire to find ways to improve the relationship”. “I don’t think it will be through a free trade agreement, at least not anytime soon”she said, however.

Anne-Marie Trevelyan and Katherine Tai have announced that they will continue their business dialogue “in April, in Scotland” this time. “I don’t want to prejudge or predetermine (…) where these dialogues will take us”nevertheless tempered Katherine Tai.