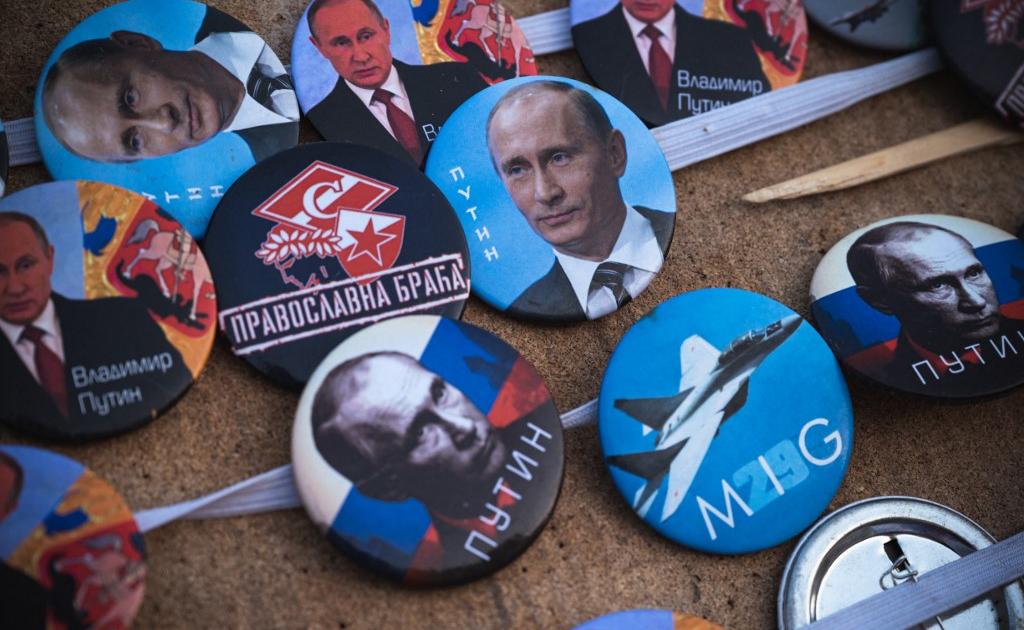 European Internet users fond of pro-Russian stories about the war in Ukraine have lost the media most receptive to their messages.

The measure was to put an end to the “systematic international campaign of disinformation, manipulation of information and distortion of factsled by Russia. In early March 2022, as Russia invaded Ukraine, the European Union (EU) announced the suspension of Russian media RT and Sputnik in all member countries. A way to sanction Russia and to mute these channels which transmitted directly to Europe the redacted narrative of the Kremlin on the conflict.

Read alsoWar in Ukraine: on social networks, the emergence of new relays of pro-Russian speeches

These Russian media have succeeded, in recent years, in accumulating a certain audience by positioning themselves in several leading social conflicts. RT France has thus become one of the favorite media ofyellow vestsby regularly inviting the figures of this movement onto its stage. RT and Sputnik also played a similar role during the protests against the health and vaccination pass.

With the suspension of these two Russian relays, it is thus a whole protesting community, even conspiracy, which has lost its media of reference. According to a study carried out by the Institute for Strategic Dialogue (ISD) and sent to the Figaro, this decision first gave rise to a wave of protest on social networks. “On Twitter, the volume of discussions regarding RT and Sputnik increased significantly between February 20 and March 20, 2022 with a total of 99,000 tweets from 37,000 accounts, which corresponds to a 1659% increase in discussion volume compared to the previous month“, write Zoé Fourel and Sasha Morinière, who carried out the survey.

“This decision reactivated older rhetorics and narratives. RT And Sputnik aren’t huge media machines, but they are sounding boards for particular news moments», Develops Sasha Morinière, for whom the European decision has undeniably weakened the reach of the Russian media.

The majority of posts related to the suspension oppose this European decision and denounce a “censorship“. An argument similar to those developed during the health crisis and particularly mobilizing with a public known for its protest positions. Some “influencers“Conspirators immediately invited their subscribers to circumvent the restrictions. For this, they were called upon to use a VPN to be able to access the site of RT France or Sputnik despite their suspension in the Union, like Silvano Trotta. The RT France site is indeed updated daily. This Tuesday, April 19, he thus echoed the “release planin eastern Ukraine and multiplied articles questioning the legitimacy of the presidential election in France.

“On several occasions, ISD analysts have observed calls to migrate to other closed/alternative online spaces such as Gab or even more specifically to the social network VKontakt [le ‘Facebook russe’, NDLR]unsurprising calls due to the very fact of the Russian origin of this platform“, thus note the researchers of the ISD. However, the migration of users to these alternative platforms seems quite relative, unlike other countries where RT, in particular, appears to be a more powerful media, with a greater driving force. This is particularly the case in Germany and Spain.

Read alsoWar in Ukraine: Russia is only half isolated from the world

If the RT site is regularly updated despite everything, it is in particular because it is not intended only for French people residing in France. “The fourth country in which RT France achieves its largest audience is Burkina Faso“, notes the ISD. “RT and Sputnik France are still accessible from French-speaking African countries“, which suggests a redeployment of the strategy of Russian influence towards this strategic region where it can “capitalize on rising anti-French sentimentfears a specialist in the strategy of Russian influence.