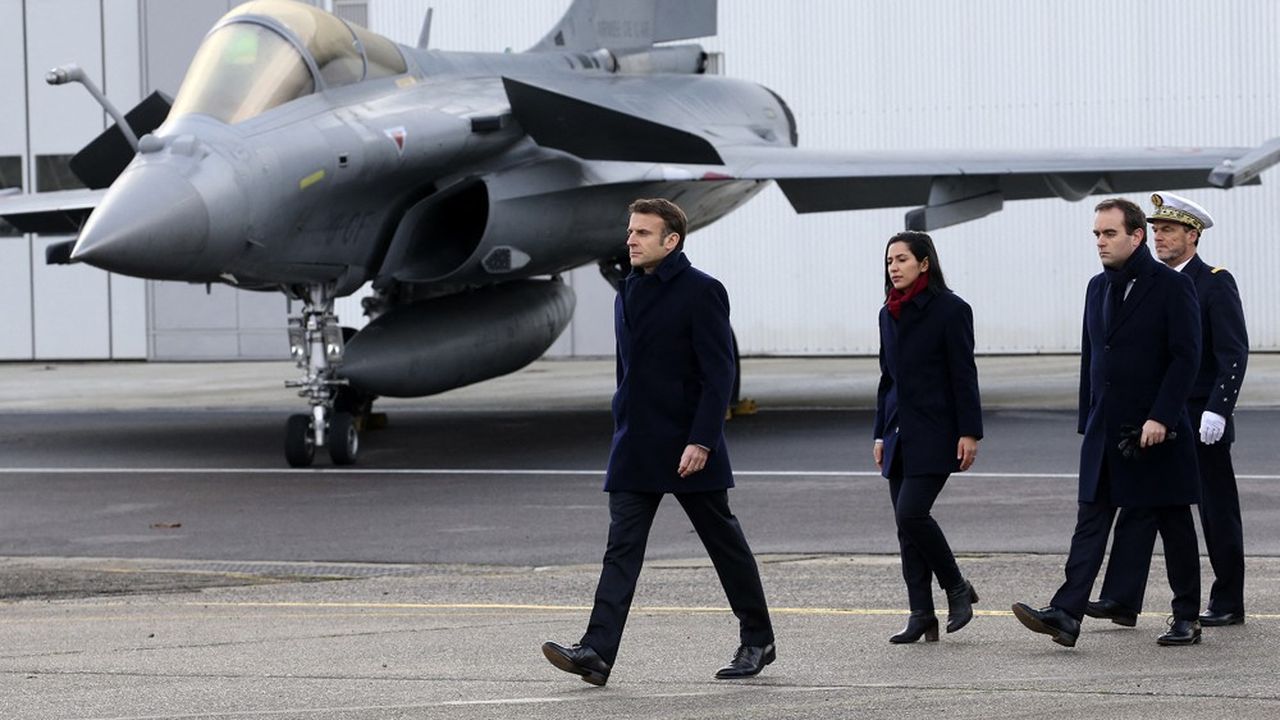 Emmanuel Macron’s second five-year term is supposed to be that of a return to budgetary normality, after the extraordinary years caused by the Covid. But the chapter of “whatever the cost” is decidedly difficult to close: by announcing this Friday a gargantuan new envelope for the Armies for the next seven years, the Head of State makes it a little more difficult to objective that it has set itself of bringing the public deficit back below the 3% mark by 2027.

The new military programming law (LPM) – which must be detailed in the spring – will therefore benefit from 400 billion credits over the period 2024-2030, when the previous one unveiled in 2018 had put on the table 295 billion for the years 2019-2025 . This represents a jump of 30%, a massive effort in a period when the executive has on the contrary promised to contain the growth of public spending to levels never reached under the Ve Republic.

Concretely, the Minister of Defense Sébastien Lecornu explained on Twitter on Friday that this envelope would result in the fact that in 2030, “the budget of the Armies will have doubled since 2017”. Clearly, the appropriations of the Ministry of Defense would increase to approximately 65 billion in seven years, when they were 32.4 billion six years ago.

To achieve this, we will have to climb four to four big budget steps. The previous programming law provided for increases of 1.7 billion in the budget of the Armed Forces each year between 2019 and 2022, before moving on to increases of 3 billion per year between 2023 and 2025. Such objectives seemed ambitious at the time, and the fact that they have been held so far has pleasantly surprised the specialists.

This time, the executive is changing gear again by sustaining the effort of the last years of the previous LPM – the most substantial – over the entire period to come. “The envelope of 400 billion represents an increase of around 3 billion per year in the Defense budget until 2030”, recognizes a ministerial source.

Does the government have the means to match its ambitions? The public finance programming law presented last fall – it is supposed to give the budgetary roadmap for the entire five-year term – had integrated the increase in the budget of the Armed Forces until 2025, but nothing indicates that this was the case for the years 2026 and 2027. The envelope allocated to Defense “is consistent with the public finance programming bill and will make it possible, in accordance with the commitment of the President of the Republic, to achieve the 2 % of GDP recommended by NATO from 2025”, we are content to indicate to Bercy.

This new effort for the Armed Forces is in addition to the promises made during the presidential campaign, when Emmanuel Macron announced that he wanted to commit 12 billion more for Education, 10 billion for ecological transition and 8 billion for health. To maintain despite everything the return of the deficit from 5% in 2022 to 3% in 2027, the Head of State is counting mainly on growth – very far away for the moment – ​​and on a few rare avenues for savings. But to get an idea of ​​the orders of magnitude, the planned increase in the Armed Forces budget until 2030 (21 billion) is greater than the net savings that the pension reform should generate by this horizon (13 billion).