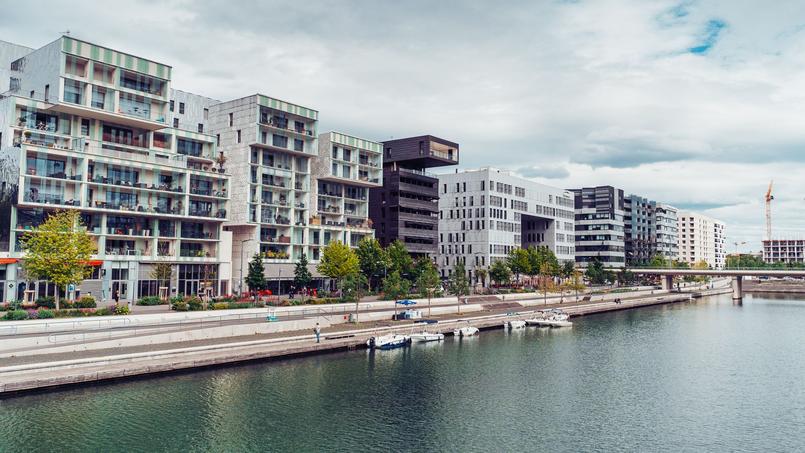 After Lille, Rennes or Paris, the Métropole de Lyon presented its first homes marketed under real solidarity lease (BRS), half the price of the market to allow the middle class to own property. This program of eight housing units, out of 17 built by the developer Nexity, is due for delivery in the second quarter of 2023 in the town of Villeurbanne, bordering Lyon.

The BRS system “allows residents to become homeowners when they could not at the market price“, Underlined the president EELV of the Metropolis, Bruno Bernard, in the middle of an orchard where the program of houses and small one-story buildings is to be built, in a residential street. The system is open to households whose resources do not exceed the social rental-accession loan (PSLA) ceilings, i.e. around 59,000 euros (2019 reference tax income) for a couple with two children in Lyon and Villeurbanne.

Also to see – Buy a second home and make it profitable

The added value on resale being framed within the framework of the device, this also makes it possible to control prices in an agglomeration where they have soared in recent years, as in others, added Bruno Bernard. The real estate market is “very worrying for the social balance of the city“,”we really have the will to notch it», Agrees Agnès Thouvenot, first deputy in charge of housing and town planning within the PS town hall of Villeurbanne. The BRS is a “instrument to fight real estate speculation“, Confirms Véronique Bédague, CEO of the Nexity group for whom the transaction is”a first“.

»READ ALSO – In Lyon, the La Part Dieu shopping center is ready to reinvent itself

The eight homes were sold at a price of 2,775 euros per square meter, against 5,000 to 6,000 euros on the market. The buyers will own the building but will lease the land from the OFS, which has acquired responsibility for it from Nexity. The fee paid by households will be 1.5 euros per square meter and per month. The Foncière solidaire du Grand Lyon is targeting 1,000 housing units in BRS by 2026. Almost a quarter have already been committed, in particular in the Lyon district of La Part Dieu.