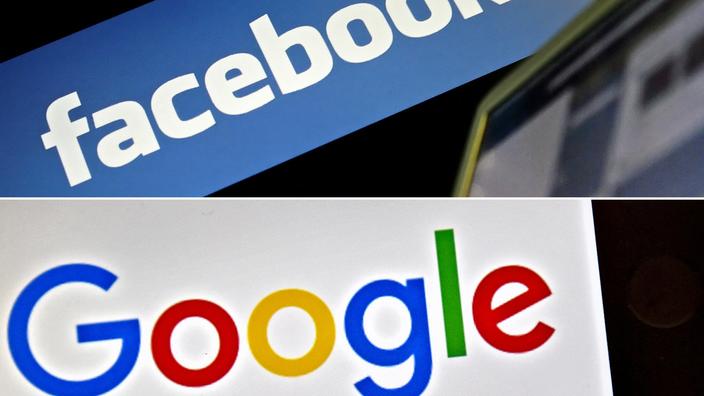 The leaders of the two Internet giants are the subject of a complaint filed this Friday by several American states.

The most senior executives of Google and Meta (Facebook’s parent company) were directly involved in an illegal agreement signed in 2018 to establish their domination of the online advertising market, according to the accusations of American states.

Read alsoGoogle is in the sights of the American authorities

A coalition of states led by Texas on Friday (January 14th) filed in a New York court a new version of the text of lawsuits initially launched against Google in December 2020. According to their accusations, the online search giant sought to oust competition by manipulating ad auctions – the state-of-the-art system that determines which ads appear on web pages based on an anonymized user profile.

Sundar Pichai and Sheryl Sandberg at the heart of the project

The legal documents revealed on Friday clearly refer to Google bosses Sundar Pichai and Philipp Schindler, as well as Sheryl Sandberg for Facebook, even though her name is crossed out with a thick black line. “These negotiations resulted in September 2018 in an agreement between Google and Facebook signed by Philipp Schindler, vice president and director of sales and operations of the advertising branch of Google, and Mrs. … (name crossed out, editor’s note), chief operating officer and member of the board of directors of Facebook, who herself once led advertising at Google., detail the state prosecutors. “Google CEO Sundar Pichai also personally approved the terms of the agreement”, they add. The complaint cites an email from Sheryl Sandberg to Mark Zuckerberg, where she describes the project as “Strategically very important”.

According to the prosecution, Google was concerned that an alternative system for allocating advertising space was being adopted too widely, allowing site publishers to circumvent its commissions. The Californian group would then have convinced its neighbor to form an alliance. “The non-exclusive agreement with Google and similar agreements we have with other auction platforms have helped increase competition for ad placements”, reacted a spokesperson for Meta. “These professional relationships allow Meta to offer more value to advertisers while compensating publishers fairly: everyone wins”, he continued.

Google did not immediately react to a request from AFP.

The two giants of Tech, like Apple and Amazon, are accused of abuse of dominant position by a growing number of authorities in the United States. Google holds 28.6% of the global digital advertising market in 2021, according to the firm eMarketer, just ahead of its neighbor Facebook and its 23.7% share of the cake.