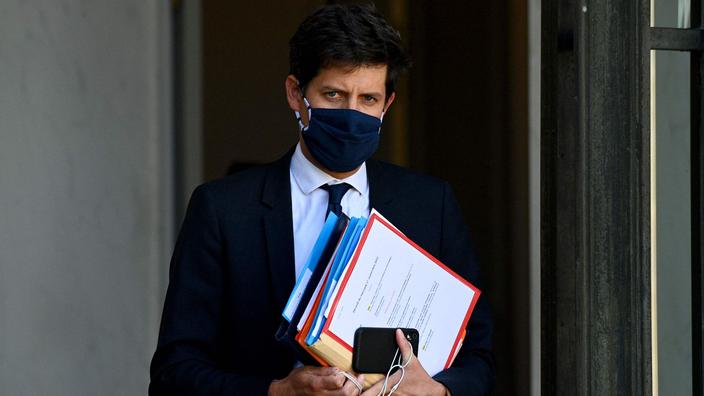 The President of the Republic announced on Friday a “strong initiative” to phase out pesticides. Comments that the Minister of Agriculture deemed necessary to complete and clarify on Twitter.

On the occasion of the inauguration of the World Conservation Congress in Marseille, Emmanuel Macron pledged on Friday to wear “A strong initiative (…) for the accelerated phase-out of pesticides” when France will have the rotating presidency of the European Union, while French agriculture is struggling to reduce its dependence on synthetic pesticides.

Read alsoTransport, energy and agriculture: the engines of decarbonization

“I want the French Presidency of the European Union on this subject of pesticides to carry out, and I am committing myself to it here, a strong initiative, with all my colleagues, for an accelerated phase-out of pesticides”, said Emmanuel Macron, without further details. Paris will take over the rotating EU presidency in the first half of 2022. “It is only at European level that we will get there, otherwise we will slow down”, he continued.

These statements by the President of the Republic have made farmers react greatly on social networks, highlighting in particular that this elimination of pesticides cannot be envisaged without an alternative.

Julien Denormandie, Minister of Agriculture, intervened the next day on Twitter to clarify Emmanuel Macron’s statements, hoping “that this will remove any misunderstanding“.

The Minister recalls that this question of the elimination of pesticides must be carried out at European level so as not to generate unfair competition for French farmers. “We are in a common market, so this question must be European! Otherwise, we are just creating unfair competition, at the expense of our agriculture and our environment!“

Julien Denormandie is also reassuring in relation to this deletion. “Our position is always the same: “no ban without an alternative”. This requires that our research can have the means to work, which we are constantly strengthening. If we want to accelerate transitions, we must therefore continue to invest. After the France Relance plan, the France 2030 investment plan will put agriculture at the heart of its action ”, he assured.

Faced with the fear of farmers of seeing French food sovereignty retreat, the Minister of Agriculture also defends the establishment of “mirror clauses»In free trade agreements, so that the standards of imported agricultural products comply with European standards. “We cannot accept the importation of products whose production would not be authorized here. So, NO to Mercosur and YES to mirror clauses“, He puts forward in his tweet, with reference to the draft agreement between the EU and the South American trade zone, to which the President of the Republic reiterated his opposition on Friday.

SEE AS ​​WELL – Glyphosate: “No other country has started such a transition”, assures Julien Denormandie