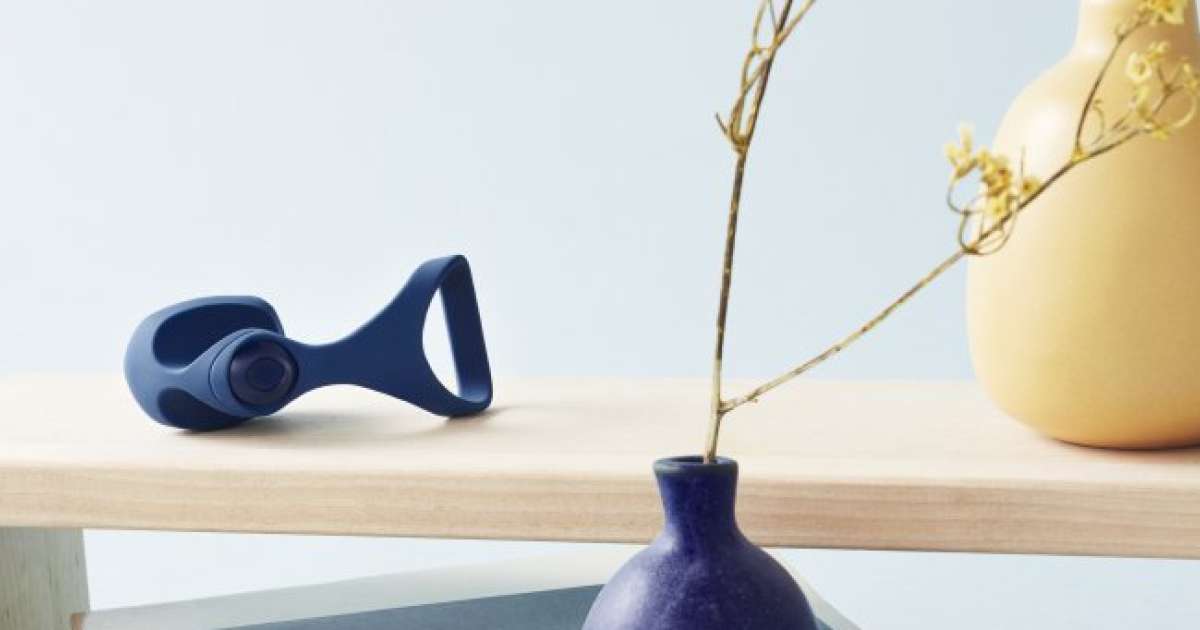 Aurélie, did not buy this accessory for sexual purposes. “I found this blown glass object very beautiful, very designer. Me, I use it as a lemon squeezer but this trompe-l’oeil effect makes me laugh, just like the idea of ​​knowing that it can provide a whole other pleasure » eshe explains mischievously.

This paradigm shift, the American Ti Chang, designer graduated from the Royal College of Art and co-founder of the Crave brand, assumes it, as an activist:

“No woman has ever wanted the kind of sex toy in the shape of a huge, realistic cock. The industry has long been dominated by a male vision of female pleasure, today it is over. »

“The sex toy is the last unexplored frontier in terms of design, the only sector where you can create products as sharp as in the luxury sector. The challenge is very exciting because each body is different”says London designer Duncan Turner, whose creations combine artificial intelligence, soft shapes and materials reproducing the sensation of the skin.

The Apple of sex toys

Robotics is also gaining ground. In 2019, the Lora DiCarlo brand won a Robotics Innovation Award at the prestigious CES technology fair with its sex toy featuring microrobotic technology that imitates human movements. Visually, these inventions can be confused with pens or lipstick and are recharged via a simple USB port.

Guess what I’m for?

Going upmarket, high-tech and degenerated objects. Now is the time to eliminate any sexual reference so that the object is both beautiful and functional. In the wake of big names in design like Tom Dixon or Matali Crasset who already imagined the “8th heaven” in 2008, a “LoveToy” with rounded shapes, colourful, feminine and contemporary. In 2022, it’s the race to “guess, little rascal, what I am and what I’m for”.

Thus this lamp signed Matteo Cibic, which hides a sex-toy in its foot, or the brand Biird which mixes a clitoral stimulator with a lamp to put it on its bedside table. The Spanish design studio Discoh has for its part imagined the Aloe sex toy with graceful shapes inspired by the Aloe Vera plant. Impossible, at first glance, to guess its function. Not surprising either the success on social networks of the famous “jewel” Vesper, an elegant vibrator-pendant, available in silver, rose gold or 24 carat gold.

Among the slightly crazy “toys”, we can also mention the “Grandfathers Clock”, which is wound with a small key and which recalls the visible mechanism of Swiss clocks, signed by designer Bastiaan Buijs. With its aesthetically pleasing effect, it is meant to be displayed proudly and not stashed behind the pillow, a way for its creator to eradicate any sense of shame and “normalize through beauty”.

And then, the sex toy is not just a women’s affair, let’s point out the 3D family, from the Japanese brand Tenga with its male “masturbators” presented in the form of minimalist geometric sculptures that can be placed or seen nor experienced beside the TV. Very effective given the hundreds of thousands of copies already sold.