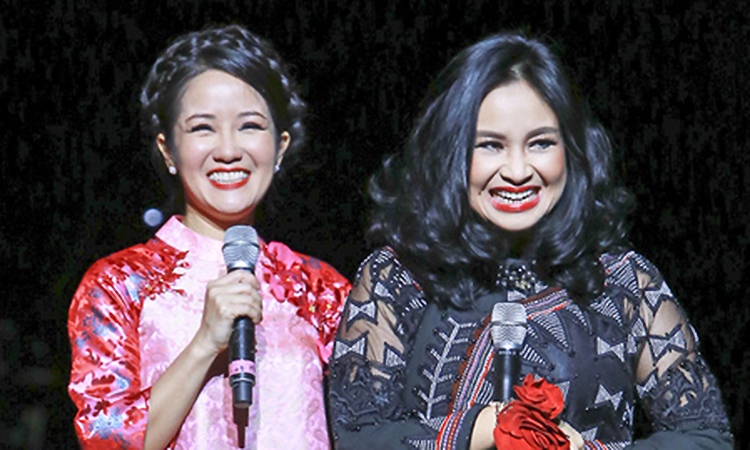 Dozens of artists from the North and the South will sing in the online music night “Connecting big arms”, calling for the spirit to overcome the pandemic.

Mr. Nguyen Trung Truc – representative of the organizers – said that the show took its name Open Arms (Trinh Cong Son) with the message that the whole country makes efforts to overcome Covid-19. Mr. Truc said: “Each artist takes on a bridgehead, connected by performances. They are also storytellers, sharing thoughts about frontline forces, people, volunteers…” . The program was initiated by the Department of Culture and Sports of Ho Chi Minh City, a global organization of Vietnamese scientists and experts, and Trinh Cong Son’s family. Relatives of the late musician are in charge of a part of the organization, do not take royalties to support the event.

In the original script, artist Tran Manh Tuan stood in front of the Ho Chi Minh City Opera House, playing saxophone Mother’s Legend (Trinh Cong Son), gratitude to mothers who are doctors and nurses. Because he had a stroke on August 17, had to be treated for nearly a month, the organizers replaced another performance. Tran Manh Tuan will participate if his health allows.

The organizers expect the event to promote the function of music – a spiritual medicine to help people overcome the fear of the disease. During the pandemic, people in Italy, France, Spain … every day went to the balcony to play music, creating a “symphony”.

In the past few months, domestic artists have participated in many music nights to encourage the spirit of patients and doctors. They also responded to the movement of composing optimistic inspirational songs, which were well received by the audience such as: Oh Saigon! Sorry Thank you (Tuan Hung – Khac Viet), Miss Vi is far away (Cricket), Sent to the South (Light snow), Saigon I love (Xuan Phuoc – Quoc Vu)… In addition to performing and performing, they support doctors and nurses to take samples for testing people at the blockade location, participate in logistics work in the isolation area, and the field hospital. wars such as cutting hair, giving food, necessities…