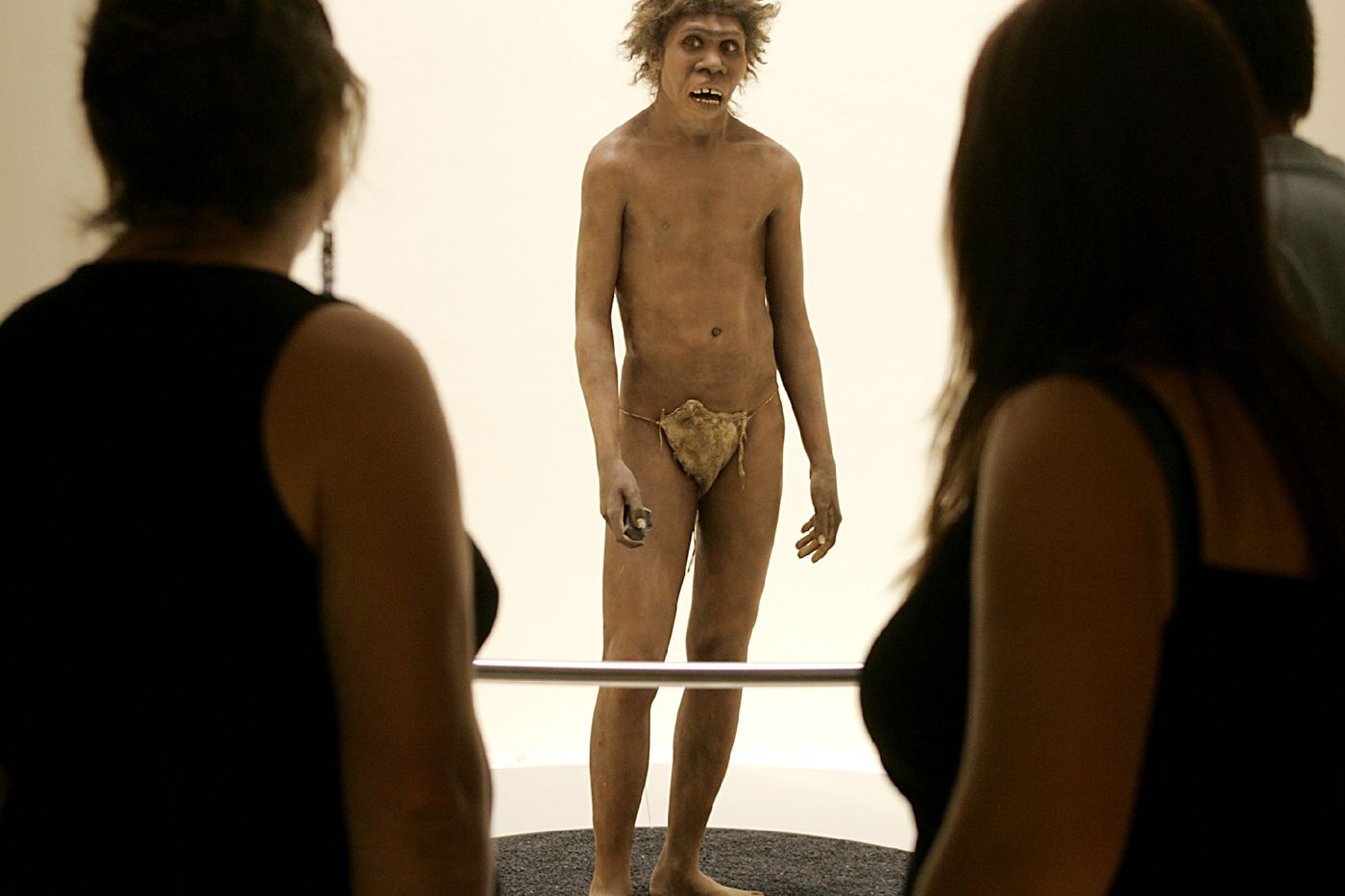 The discovery of a bone carved by Neanderthal 51,000 years ago reinforces the idea that this species of human was capable of symbolic activity, long considered to be the sole preserve of Homo sapiens, according to a study published on Monday 5 July.

Excavated in northern Germany in a site near Einhornhöhle – the Unicorn Cave – the small piece of bone is nothing like the fantastic animal whose remains have been searched by local excavators since the Middle Ages. Age. About six centimeters high and four wide, it has ten engraved lines on one side, six of which form five chevrons. With a precision that excludes an accidental gesture. This pattern “Probably symbolizes something that made sense for the Neanderthal as a group”Dr Dirk Leder, archaeologist at the Lower Saxony Heritage Office, told AFP.

→ READ. Neanderthal, from primitive to human being

The discoveries linked to Neanderthals, this branch of the genus Homo which quickly disappeared from around 40,000 years ago, have been increasing in recent years. Just like the look on this “Cousin” of modern man, long considered his coarser version. In an article accompanying the study, published in Nature, the British paleoanthropologist Silvia Bello recalls that Neanderthals knew how to make bone tools to treat animal skins, or could perform a funeral rite. But also that we can attribute very few art forms to him.

In the present case, “Everything indicates a sophisticated knowledge and a great skill of working on the bone”. The authors of the study readily admit that they do not understand the meaning, “But we are convinced that it communicates an idea, a story, something which had meaning for a group”, remarks Dirk Leder. They want as proof the choice of the medium, a phalanx of Megaceros, a species of giant deer, now extinct, and which rarely ventured at the time to such a high latitude. Silvia Bello sees it there “The choice of a rather special animal, with a symbolic meaning”.

The object, when it is placed on its base “Makes a figure, with the rafters facing upwards”, notes Bruno Maureille, paleoanthropologist at the University of Bordeaux. But even if he is one of those, still a little in the minority, who “Consider that the Neanderthals had the same cognitive capacities as their contemporaries”, he wants to be ” very careful “ on the symbolic character of the object. “As these objects are very rare, it is difficult to know why they were made, which does not mean that they had no symbolic value”, he explains to AFP.

The scarcity of works attributed to Neanderthals has perhaps a rather prosaic cause, for Dr. Leder. His population “Lived in separate groups, not very well interconnected” and so, “Their productions could have disappeared as an idea”, failing to be transmitted.

Together with Professor Thomas Terberger, a prehistorian at the University of Göttingen and main co-author of the study, they ruled out that the work of the bone burner was the result of an influence of Homo sapiens. Simply because it was carried out a few thousand years before the latter also ventured north. The subject remains sensitive, notes Dr Leder, recalling that not so long ago the prevailing idea was that “The ‘big’ Homo sapiens provided intelligent ideas to other species”.

But in this case, according to Marylène Patou-Mathis, prehistorian at the National Museum of Natural History, “We must abandon the idea of ​​an influence of Homo sapiens”. She is just as cautious as some of her colleagues about the meaning to be given to the carved bone, which remains “Enigmatic”. But she does not doubt “With the Neanderthals, we are not at the end of our surprises”.