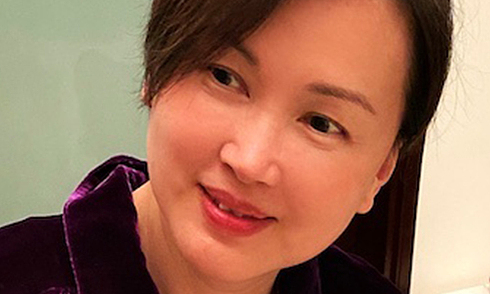 According to HK01, the 60-year-old actor now works as an aromatherapist, rarely appearing at entertainment events. The artist fell in love with this job about 10 years ago, spent time attending a therapy course, and then received a certificate as a specialist.

Tran Tu Van said that at first, she learned this method to have self-treatment knowledge for herself and her family, then many friends and fans asked her for advice. Thanks to that, Tran Tu Van has the motivation to develop the field. She also prepares her own essential oils and sets up her own brand to sell online. The actress said her job gives her a sense of satisfaction and satisfaction.

Rarely participates in events, but in real life, Tran Tu Van keeps a close relationship with many colleagues at TVB for a while, such as Au Duong Chan Hoa, Ma Canh Dao, Dang Tuy Van… Occasionally, she gathers with friends. . The artist does not rule out the possibility of going back to acting if she meets a good script, suitable for her age and health conditions. Tran Tu Van said her son has grown, now she has a lot of time to do things she likes.

In the balcony of his apartment, Tran Tu Van grows many trees, especially cacti. The actor said that during the epidemic, the strong vitality of the cactus gave her hope “after the rain, the sun will shine again”.

Tran Tu Van has been a single mother for the past 11 years, after divorcing businessman Lam Quoc Hung. The marriage once caused Tu Van to struggle because Mr. Lam’s business failed, taking on debt in the name of his wife everywhere. Tran Tu Van was once stuck on the street by a creditor asking for money.

In the 2000s, Tran Tu Van worked hard to repay her husband’s debt, at the same time to pay for her life and raise her children to study. At that time, she stayed at the inn, spending frugally. When paying off the debt, the actor breathed a sigh of relief because he no longer had to try to do things he didn’t like. Tu Van said that she did not contact her ex-husband, the actor also told her friends not to tell her about Lam Quoc Hung’s situation.

Tran Tu Van was prominent in the Hong Kong film industry in the 1980s and 1990s, and was highly appreciated by experts for his acting through Dossier of justice, Heaven and earth, Wind and clouds… Especially, the role of Tu Xao in Tomorrow sunshine left a deep impression on audiences in many Asian countries. Tu Xao’s kind smile and arduous life have brought tears to viewers’ eyes.