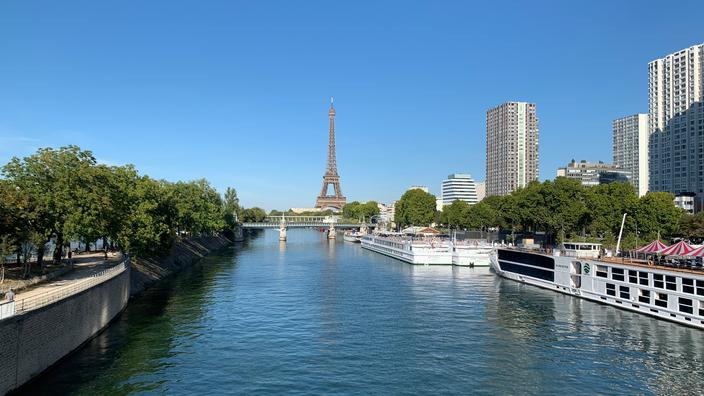 Under pressure from the Greens, the mayor of Paris relies on a citizen consultation.

Anne Hidalgo blows hot and cold on 5G. At the end of September, the mayor of Paris said she was opposed to a moratorium on 5G. She finally opted for a “citizen panel”, allowing herself a four-month cooling-off period. All against a backdrop of tensions between the municipal majority and Europe Écologie Les Verts. In the end, the difference with a moratorium on the deployment of the new generation of mobile telephony is slim.

The City has entrusted a subcontractor, Avenir Focus, with the choice of composing a panel of 80 citizens. Twenty-five of them live in Paris, and, since the consultation is conducted at Metropolitan level, the other 75 people come from the three departments of the inner suburbs (Hauts-de-Seine, Seine-Saint-Denis, Val de Marne). Panel members will meet in three workshops and report back on December 5. A summary of their work as well as the list of recommendations selected will be presented to the Paris Council on December 15, 16 and 17, 2020.

Review the charter on mobile telephony

The subject will not be decided, however. The City of Paris has asked operators that all projects to add 5G technology, whether for the new frequency bands or for the sharing of frequency bands already used in 4G, be sent to the Ecology Agency. urban (AEU) in the form of “City of Paris information files” (DIVP) for an instruction according to the existing charter. A procedure different from that existing at the national level. The state has asked operators to submit mayor’s information files (DIM) which have simple information value and do not imply a response.

The Parisian situation is spiced up a little more with the will of the Town hall to review its charter on mobile telephony. This risks having critical consequences on the possibilities of installing the antennas. However, operators’ choices of location owe nothing to chance and obtaining the right to install an antenna on a roof terrace is a somewhat complex procedure.

The blow is severe for operators who have deployed their network in the capital, but who can not activate it. For the time being, none wants to attempt a forced passage, while technically, they could offer 5G to the majority of Parisians from tomorrow. SFR has already announced that it can already cover 90% of the Parisian population with 5G. All that is missing is the green light from Paris City Hall.

By playing for time, Anne Hidalgo takes a risk for the attractiveness of her territory. Many neighboring municipalities, Issy-les-Moulineaux in the lead, are much better disposed towards this new technology. They intend to highlight its availability to attract businesses and individuals looking for a very good mobile connection. “There is a real risk of seeing the 4G network saturate in Paris from 2022, worries David Alphand, Councilor of Paris XVI, Deputy Vice-President of Groupe Changer Paris. Looking a little further ahead also raises the question of whether 5G networks will be ready for the 2024 Olympic Games.“. Olympics without 5G, it seems very difficult to imagine, if only in terms of image.

Another question remains. A municipality cannot legally oppose the activation of new branches on existing sites. Justice has ruled several times in this direction. Operators could therefore get bored and decide to override or sue the Paris City Hall. The game is far from over.