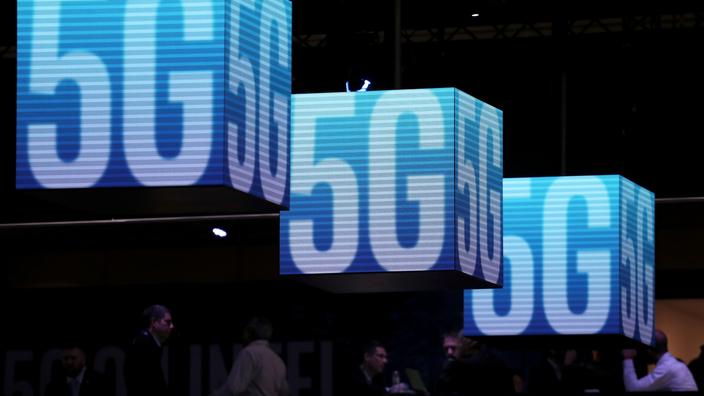 In his report, he recommends measures to force operators to reduce their CO2 emissions.

The High Council for the Climate presented Friday morning its report on the carbon impact of 5G to the President of the Senate. This report was produced at his request. A bill aimed at reducing the environmental impact of digital technology in France is also in preparation in the Senate. For its part, the government will present its roadmap for ecological digital technology in February.

The new generation of mobile telephony poses many questions in terms of environmental impact, even though it has been designed to consume up to ten times less energy than 4G. Does 5G risk increasing greenhouse gas (GHG) emissions by offering new connection capacities? Or will it on the contrary have a virtuous effect by reducing emissions from other sectors, such as transport or construction?

The HCC recommends in particular to mandate the Telecoms Authority (Arcep) to include environmental constraints in the next allocations of frequencies to the operators. As a reminder, the frequencies in the 3.5 GHz band have just been allocated to operators. Others will soon be: 26 GHz. Most of the HCC recommendations are also addressed to 26 GHz and not to 3.5 GHz. For their part, operators have already started to make commitments. Orange is thus aiming for carbon neutrality in 2040.

The report is particularly concerned about the rate of renewal of terminals (smartphones, tablets, connected watches, etc.) which could accelerate due to 5G. However, around 75% of digital greenhouse gas emissions are linked to the manufacture of this equipment. A wave of renewal would be detrimental … But it is still far from being the case. Telecom operators and manufacturers contacted by Le Figaro believe that consumers switch to 5G smartphones when changing phones – generally when the previous one no longer works or is broken – but not that they change smartphones. just to have 5G.

The report also evokes alternative avenues to the deployment of 5G. For example, in urban areas, to avoid saturating 4G networks, WiFi should be deployed … But this raises other questions in terms of equipment and security, since a WiFi network is more easily hackable.

It is also difficult to accurately assess the environmental impact of 5G, given “methodological uncertainties», Notes the HCC. Thus, 30 minutes of streaming video would represent between 0.018 kg CO2 and 0.197 kg CO2, depending on the energy efficiency and actual consumption of the data centers. The equation is further complicated by the fact that 99% of CO2 emissions linked to computer and electronic equipment come from abroad, whether in the production or consumption phase, with data centers out of France. However, France’s energy mix is ​​very low-carbon, thanks to nuclear power. The HCC nevertheless recommends “a more in-depth analysis of the evolution of electricity demand linked to 5G, and more generally to digital“. Other experts ask that the savings induced by digital uses also be taken into account. For example, if electricity consumption increases due to teleworking, it is also necessary to take the savings made due to the lack of travel.

Finally, the HCC tackles a French taboo, that of Net Neutrality, by evoking the use of the technical possibilities offered by 5G (in particular Network slicing) to provide different performance depending on the uses. This raises other questions, for example concerning the nature of the uses to be favored. Knowing that Network slicing can also be done in 4G …

To see also – Cédric O: “5G is beneficial from an environmental point of view”