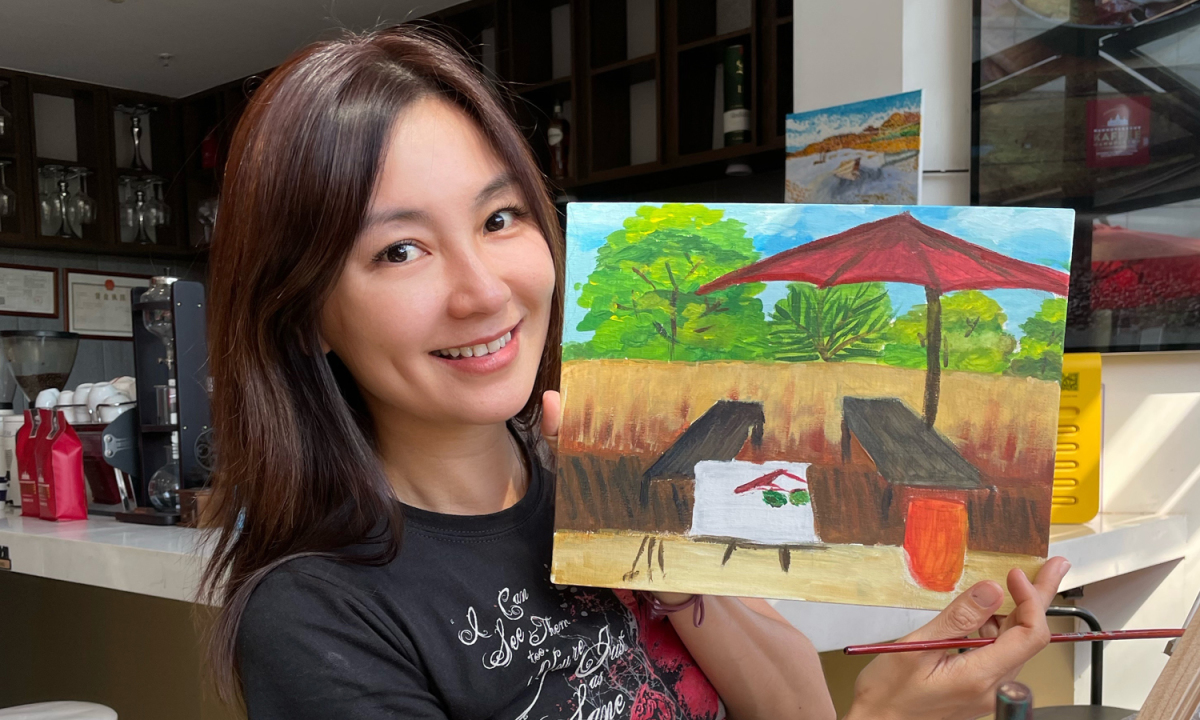 Tran Tu Le, played Tieu Chieu in “Ỷ Thien Do Long Ky” 2003, absent from the screen, focusing on taking care of his family.

On May 5, the 45-year-old beauty posted on her personal page daily photos, attracting the attention of many viewers. Page Sina commented that the actress is young for a long time, with a bright smile, and still retains the same sweetness as when she was active in the entertainment industry.

Tran Tu Le with her husband – businessman Luu Kiet Khac – and twin daughter live in Hong Kong. Sometimes because of Liu’s job, the whole family moves to Malaysia or Taiwan. Since getting married in 2006, Tran Tu Le has reduced her job to do housework, take care of the family, and take care of children.

Every day, Tran Tu Le takes her children to school, learns gifted subjects such as ballet, drawing. The rest of the time she cooks, bakes, and cleans the house. Above Zaobao, Tu Le said that now that her children are grown, she has a lot of time to improve her knowledge. The beauty registers for both face-to-face and online courses, such as dancing, drawing, piano, health science…

Currently, Tran Tu Le advertises for some brands, sometimes participates in charity events. She joined the film industry in 1997, is one of the ancient beauties loved by many audiences in the late 1990s and early 2000s. The beauty played Quach Phu in the film. God Condor 1998, Lam Phuong Hoang in Swordsman 2000, Xiao Zhao in Ỷ Thien Do Long Ky 2003… She also participated in famous movies like Stubborn princess, Dai Thanh harem, The last way, Thien Long Bat Bo two thousand and thirteen…